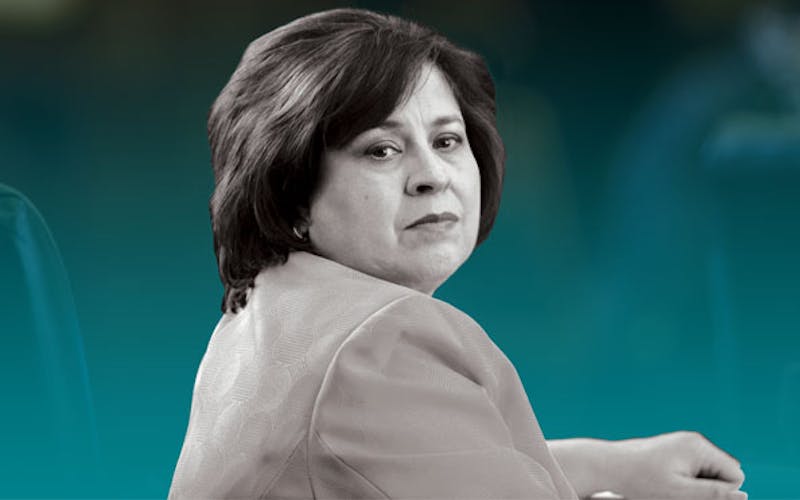 Leticia Van de Putte arrived at the Capitol in January with a broken foot. She was confined at first to a motorized wheelchair and later stuck with a clunky walking boot, but neither seemed to slow her down. Van de Putte has been in the Senate since 1999, and she has tended to dedicate her energy to narrowly focused, conscientious actions. This session she passed several bills aimed at helping military families. One would allow service members and their spouses to qualify for expedited occupational licensing in the state, so they can resume their work without unnecessary delays. Another established a property tax exemption for certain disabled veterans and for the surviving spouses of those killed in action. Both bills were meaningful achievements for Texas’s military families, and both were classic Van de Putte: simple and successful, if not high-profile.

But this session she also flexed a little more muscle. Every day, as a good luck gesture, she would stop to touch a bronze bust of Bob Bullock, and apparently some of the former lieutenant governor’s legendary forcefulness rubbed off. Not only did she pass human trafficking legislation, but she played a key role in the Senate’s debate over HB 5, which sought to slash the number of standardized tests students are required to take and bulk up the minimum requirements for graduation. In Van de Putte’s view, the plan was still setting the bar too low and risked perpetuating the state’s long-standing equity issues. Her amendment to establish a higher “floor of rigor” did not pass, but by introducing it she instigated one of the session’s more substantive debates with her customary dignity and tenacity.

The session ended in tragedy for Van de Putte, when her infant grandson died unexpectedly in early May. The news was heartbreaking, and her grief understandably overshadowed much of her work. Still, she carried on, a diligent lawmaker intent on making incremental progress.