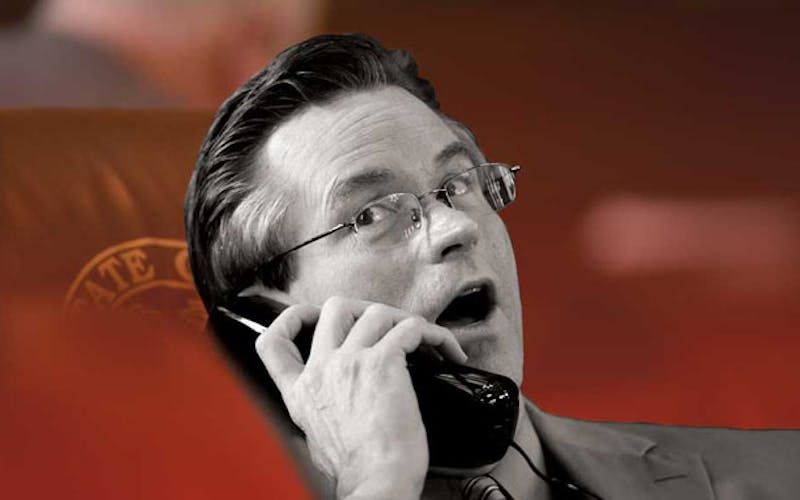 So much ambition, so little talent. Harvey Hilderbran wanted to use this session to burnish his credentials in advance of a run for comptroller. Presumably, the skills he’s learned as the chairman of the Ways and Means Committee would make him a natural fit for that post. Except it’s not exactly clear what skills he’s learned. Hilderbran botched a chance to shine in May, when he was presenting HB 500, a key tax cut bill. This was an easy layup—the legislation had the governor’s full support—but Hilderbran tripped over his own feet. He offered four consecutive amendments at the start of the floor debate, only to pull them all down. Alarmed Democrats, who were already suspicious, jumped all over him at the back mike, so Hilderbran offered another amendment. He tried in vain to explain that if he had offered this new amendment first, it would have answered everyone’s questions. Except he then pulled down that amendment too. Confused? So was the rest of the House, including Harvey Hilderbran.

And it didn’t stop there. Hilderbran also gained a reputation as a health nut because he likes to get exercise. His most strenuous activity comes from ducking out of the chamber whenever there’s a tough vote: on pensions, immigration reform, vouchers, ethics, you name it. In legislative parlance, this is known as “taking a walk.” When the vote came up to raise lawmaker pensions, the chair announced, “Excuse Mr. Hilderbran on account of important business.” That was followed by a chorus of boos from the floor. Though he certainly has excuses for some of those walks—everyone misses some votes—the impression was made and the damage was done.