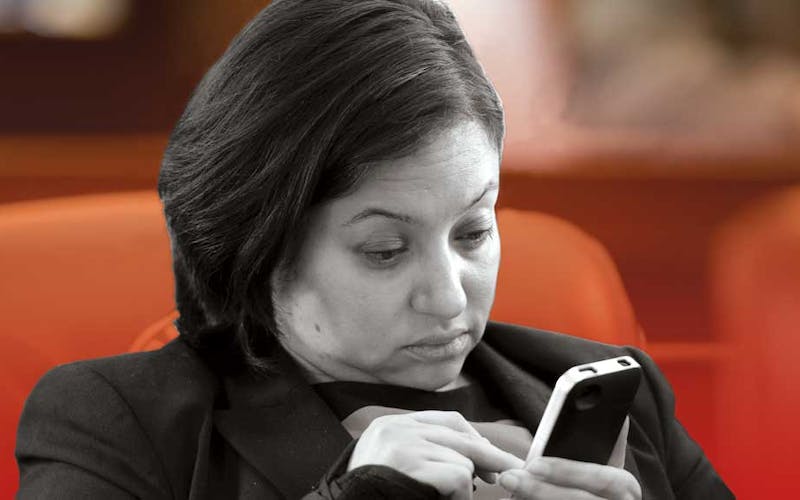 The first rule of serving in the House of Representatives is, don’t bring shame upon the House of Representatives. It’s a lesson Naomi Gonzalez learned the hard way. In the early-morning hours of March 14, the sophomore legislator was arrested for drunk driving after her BMW struck another vehicle, which in turn hit a bicyclist. Even worse, the police report depicted her as uncaring in the aftermath of the accident, with the officer writing, “Never once did Ms. Gonzalez ask how the other people involved in the crash were doing, but she cried about how she had worked so hard to get where she was.” Luckily, no one was seriously hurt, but it was later determined that her blood alcohol level was twice the legal limit. On her first day back in the House, Gonzalez gave an emotional personal privilege speech. “I want to be clear about this,” she said, her voice breaking. “I made a mistake, and I am deeply, deeply sorry for this.” She received a standing ovation from some Democrats, but many lawmakers felt the display was inappropriate, even unseemly. Similarly awkward scenes would be repeated later in the session, such as when Gonzalez gave a peculiar speech at the front mike arguing against an amendment on the lottery, seeming to apologize because she was supporting the interests of the Native American tribes she represents. Later, in a debate on an amendment by Republican David Simpson that would have diverted money from a program to help feed poor schoolchildren, she broke down entirely, describing her difficult childhood and her ailing mother. All of which made even her supporters wonder if it was more important for her to return home to address her personal problems than to stay in Austin. After a session like this one, that’s a decision the voters may make for her.