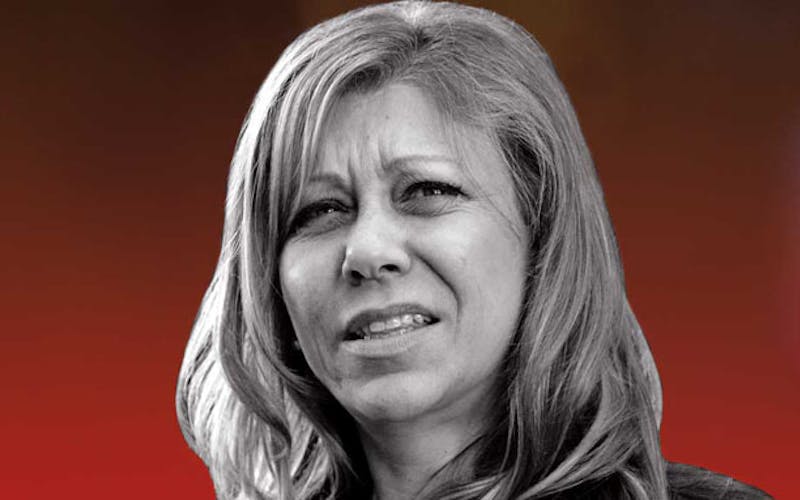 Intransigence, thy name is Joan Huffman. Consider, if you will, the evidence. She initially opposed one of the session’s most celebrated bills, the Michael Morton Act, named for a Williamson County man who served nearly 25 years after being wrongly convicted of murdering his wife. Huffman’s concerns about the bill, which requires prosecutors to share evidence with a defendant’s legal team, endangered the bill’s prospects for passage. Then there was a measure to create an innocence commission to review the convictions of the 117 people who have been exonerated in Texas, which was supported by Texas Supreme Court Chief Justice Wallace Jefferson and passed the House handily 115–28. What was Huffman’s opinion of the proposed legislation? “There’s nothing you can do to fix this bill for me,” she fumed as she closed out her ten-minute speech in a Criminal Justice Committee hearing. Huffman, the committee’s vice chair, had rattled off twenty pieces of legislation that, in her estimation, adequately reformed Texas’s criminal justice system, making the creation of the commission unnecessary. Cory Session, the brother of Tim Cole, the state’s first posthumous DNA exoneree, was especially incensed by Huffman’s remarks: “That’s your job—to figure out what went wrong in this state,” he said. “You don’t like it? Go find another.” (Session ultimately stormed out of the hearing room, calling Huffman a name for which he later apologized.)

Huffman’s monologue, which she began by saying, “ ’Cause I’m chair, I can take as much time as I want,” helped kill the bill in committee, making her guilty of Behavior Unbecoming a Senator. But the former prosecutor and district judge, who exerts a huge influence on her colleagues when it comes to criminal justice issues, received her own punishment for practicing such bad politics. The House sponsor of the innocence commission bill, Democrat Ruth Jones McClendon, talked to death several of Huffman’s bills on the local and consent calendar. Here’s a case where an eye for an eye made perfect sense.