First, a Word About the Eisenhower Method

My recipe definitely falls into the go-big-or-go-home style of Texas cooking (or Texas anything). Although Dwight David “Ike” Eisenhower was raised in Kansas, he was born in Denison, which is proud to call him a native son. I did not know he was such a huge fan of firewood cooking until I found an old article headlined “The Eisenhower Steak Recipe,” by Ralph McGill, in the Miami News, dated May 26, 1953. This is how you make the fire.

a charcoal grill, a fire pit, or a large area on the ground for a campfire
2 large bags of charcoal, such as mesquite (charcoal briquettes will not work)
a charcoal chimney
3 sheets of newspaper
long-handled garden hoe
long-handled tongs or a meat hook

All big fires start with a small fire, and to get the small one going, you need a charcoal chimney. (This avoids the use of charcoal lighter, which you do not want anywhere near your steaks.)

Stuff a good fist-size wad of newspaper in the lower chamber of the chimney, fill the top part with charcoal, and light the paper with a match. The paper will smoke and smolder for about 10 minutes as it slowly lights the charcoal. Once the starter coals are red-hot (gray on the outside) pour them into your grill and rake them out evenly with the hoe, chopping and breaking them up to make a fairly flat surface. Pour all the remaining charcoal over the hot coals, chopping and spreading it several times.

(If you have firewood around, you can make some of your own charcoal. Build a live fire by shingling in two split logs on top of the starter coals, then add about 6 split logs to get it roaring. The fire will take about 1½ hours to burn down to coals.)

When the fire is evenly hot, chop and spread the coals one last time to release a blast of heat. (You can also fan them to stoke up the heat even more and remove excess ash.) Season the steaks (see Eisenhower Beefsteaks with Gorgonzola Butter) and place them directly on the coals. Cook about 8 minutes on each side, turning with tongs or a meat hook. The steaks are done when the internal temperature, measured with an instant-read thermometer, reads 130 degrees.

Please do not cook these steaks more than medium-rare, because too much time on the coals produces a thick, almost overwhelming char. The goal is a very blackened edge and a red, juicy interior. —Tim Byres 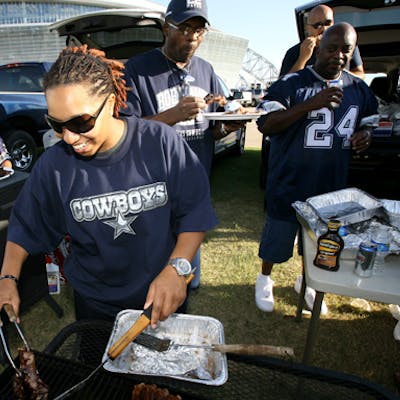 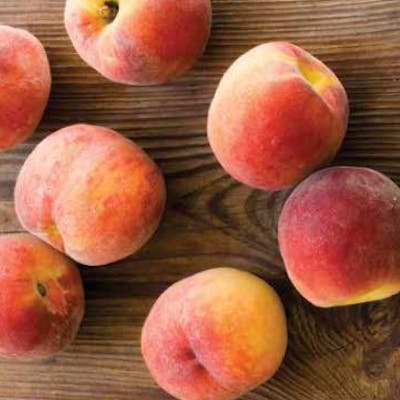 Brunch With the Homesick Texan

“May God Be With You, My Dear Mrs. Kennedy”