This state has been shaped by its songs. And as these 25 tales show, the stories behind them—like how a Fort Worth street vendor helped launch Willie’s career, or how Selena’s biggest hit was almost called “Itty Bitty Bubbles”—are often as great as the songs themselves. 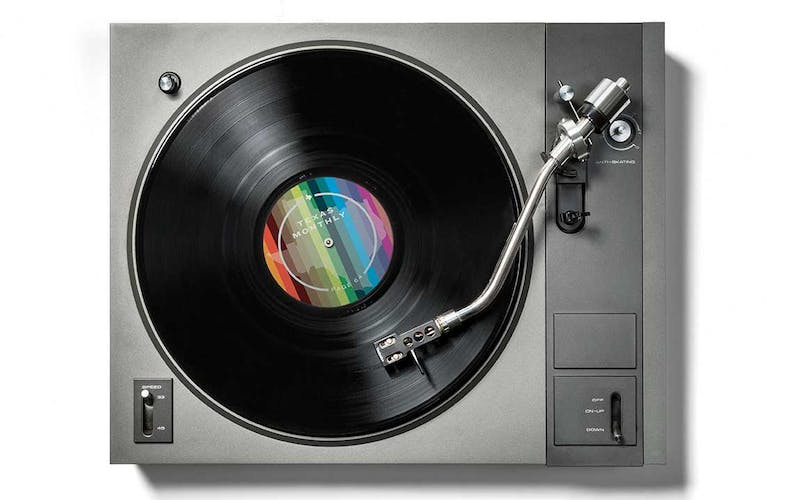 It’s not that hard to write a song, really. Children do it all the time, humming tunes and making up words. So do countless songwriters in Nashville: melody, verse, chorus. Maybe a bridge. The world is absolutely cluttered with tales told in song, most under four minutes long.

But what about a great song, one you can’t get out of your head, with verses that seem to be written about your own life and a melody that makes your heart feel as though it’s literally aching? A song you wake up mumbling, sing out loud when it comes on the car radio, mouth the words to when you hear it at the grocery store—then laugh when you see the person in line next to you doing the same thing? Great songs haunt us and arouse us; they make us think and feel in a way that no other art can, taking us to places we long to go every time we hear them. These are not the songs being churned out by staff songwriters. They’re something else entirely.

So where do these great songs come from? The short answer—acquired after interviews with the writers of some of the state’s best-loved songs, the ones being sung at this very moment in cars and grocery stores all over creation—is that many of them began as happy accidents, spurred by a curious headline, a chance comment, a strange encounter. This happenstance led to a riff or a melody, maybe from an old blues ballad or a nursery rhyme twisted by memory. Then came a narrative, something about the girlfriend of a guy on the touch-football team or the fry cook who’s about to go fight in Iraq. Some of the songs, as the writers like to say, practically wrote themselves. Others were slaved over until the words and music were just right, the heart working with the head and the tune working with the lyrics to create a classic, a song that will live forever.

From nothingness to immortality, these are the secret histories behind 25 great Texas songs. The stories, whether told by Willie Nelson or Augie Meyers, Kacey Musgraves or the Butthole Surfers, are as funny and weird, as heartfelt and tragic, as the songs themselves and may even change how you hear them. You might find yourself, for example, giving a shout-out to the TSU Tornadoes or Scarface’s grandmother. And you’ll definitely never listen to Gladys Knight again without thinking of Farrah Fawcett.