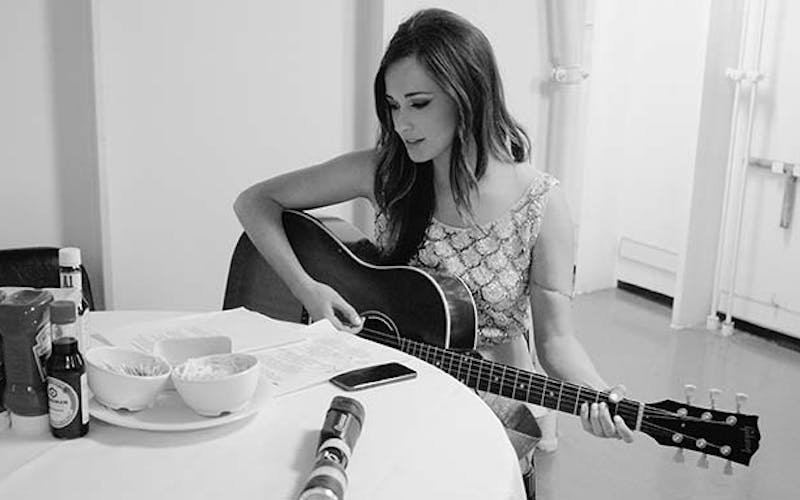 Several years ago Kacey Musgraves was on a ranch near Strawn, west of Fort Worth, writing songs with her friends Shane McAnally and Josh Osborne. She had put out a few indie albums in her teens, and now the 22-year-old was preparing for her major-label debut. While they worked, McAnally told a story about his mom, whose neighbor always had a bunch of cars out front. “I don’t know what they’re selling,” his mom had said, “Mary Kay or Mary Jane, but they’re doing something.” Musgraves latched onto the “Mary” theme, and the three began playing around with it. Soon  the writers—who had all grown up in small towns, with Musgraves hailing from tiny Golden, in East Texas—found themselves heading down a melancholy path, their words outlining the experiences of rural folks trapped in lives of quiet desperation: “Mary, Mary, quite contrary, we get bored so we get married.”

Despite the desolate lyrics, the music had a lilting vibe that was almost sweet. “I liked the juxtaposition,” says Musgraves. “You don’t know what to feel when you hear it.” When she took the song into the studio, she wanted to preserve that lightness, so after it was recorded, she deleted instruments until she was left with a spare ballad pushed along by a gently percolating banjo. The label was reluctant to release the bleak song as a single, but Musgraves was insistent, having seen fans’ reactions at shows. “People kept coming up to me and saying, ‘This is my life.’ ” She was right: after its release, fans went crazy for “Merry Go ’Round,” and it won a Grammy in 2014. She understands why people connected so strongly with the song and insists she didn’t mean it as a knock against small towns or the people in them. “Everybody’s got their distractions and vices,” she says, “but we’re all walking the world trying to figure out what to do.”