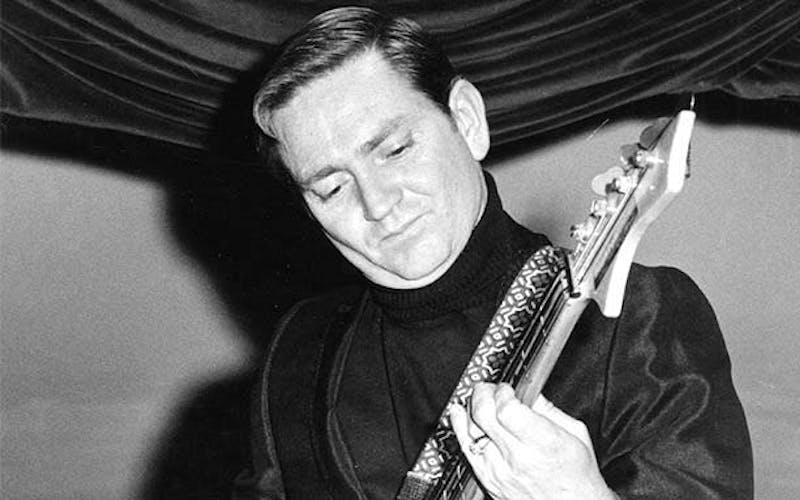 Before Willie Hugh Nelson became Willie, he had to hustle for a living like any musician. As a young singer in Fort Worth, he worked selling encyclopedias and vacuum cleaners door-to-door. Some days, when his work took him downtown, he’d see a disabled man dragging himself along the sidewalk on his hands and knees, wearing kneepads made from old tires. The man would make it to Leonard’s Department Store, sit outside the big glass doors, and sell pencils to passersby from a customized leather vest. At Christmastime, he’d hawk ribbons and gift wrap, calling out, “Pretty paper!”

A few years later, after Willie had moved to Nashville, he was walking around his farm when he had a vivid memory of the street vendor. He picked up his guitar and composed a ballad, contrasting the holiday shoppers’ joy and mirth with the man’s apparent loneliness and misery: “In the midst of the laughter, he cries.” Willie says the song took him only twenty minutes. “It was an easy song to write. The easy ones write themselves.” Soon after, “Pretty Paper” was recorded by Roy Orbison, and it’s been a holiday classic ever since.

Willie didn’t know it, but the man’s name was Frankie Brierton. Born with spinal meningitis, he learned early on to get around on his hands and knees; later he’d drive himself to the department store every day in a car he had outfitted with hand-operated controls. His daughter Lillian Compte says he refused all offers of government assistance. “He didn’t want to depend on anybody. He wanted to be on his own and take care of his family.” Brierton sold pretty paper in downtown Fort Worth for years and died in 1973 having never heard Willie’s song. His daughter says he was anything but lonely or miserable, though. “He was married seven times.”