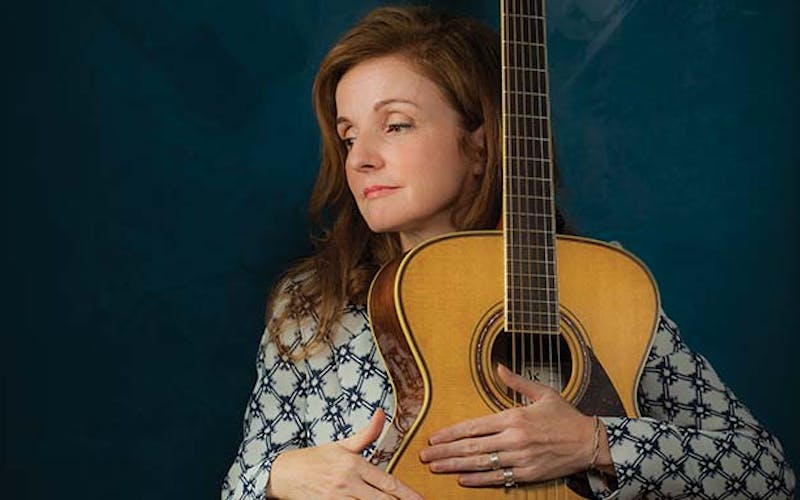 In 2003, while watching a PBS documentary on Martin Luther King Jr., Patty Griffin found herself moved to tears by the reverend’s final speech, on the eve of his assassination, in which he spoke of having been to the mountaintop and seen the promised land. A week later, the Austin musician was reading in bed when she heard a voice in her head; it sounded a lot like Pops Staples, the patriarch of the legendary gospel and soul group the Staples Singers. “I went up to the mountain,” the voice sang, “because you asked me to.” Griffin got out paper and pen, and the words and the tune kept coming—so fast, in fact, that she thought she must be stealing the song from somewhere. When she finished, she titled it “Up to the Mountain (MLK Song)” to acknowledge King and his speech.

Griffin made a demo, which the soul singer Solomon Burke heard, and he recorded the song in 2006, with Griffin singing backup. In 2007 Kelly Clarkson performed the song on American Idol, making it an overnight hit as well as the go-to selection for others intent on showcasing their pipes, including Susan Boyle, who covered it on her debut album. Then the song found a purpose more in line with its origins, when it was sung by the Boston Children’s Chorus, with Yo-Yo Ma on cello, for the televised Interfaith Prayer Service following the 2013 Boston Marathon bombing. Survivors, first responders, and other witnesses to the bombing filled the cathedral where the service was held; President Barack Obama also attended. “Writing songs and then performing them is a weird thing to do for a living,” Griffin says. “I’m never exactly sure I should even be doing this. But when I heard the song done that way, I felt so honored to do what I do. It was helping people grieve and feel better and transcend the terrible thing that had happened.”