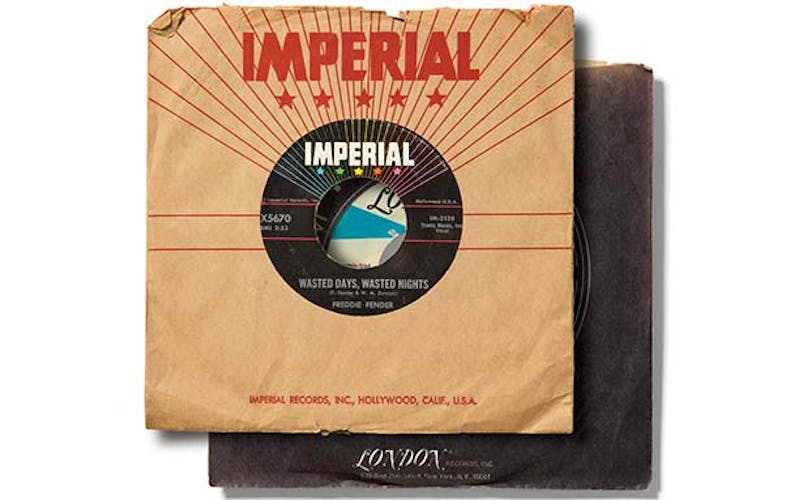 Born and raised in San Benito, Baldemar Garza Huerta soaked up all kinds of music from the Valley—R&B, blues, conjunto, country. As a teenager he dreamed of being a star; he even had moderate success south of the border with Spanish-language recordings of songs by Elvis, Harry Belafonte, and Hank Williams. But he wanted to be big in America, so in 1959, at age 21, he changed his name, and Freddy Fender was born.

Not long afterward, he was playing at the Starlight Club, in Harlingen. He was broke and miserable. “I was staying in a little room there at the bar,” he later recalled. “I was down-and-out, feeling very sorry for myself. My marriage was on the rocks and I was separated.” He sat down and started writing, the diction guided by his experience: “Wasted days and wasted nights, I have left for you behind.” Fender explained, “I don’t think that an Anglo American would write a line like that. But in Spanish, it would be very correct.”

He recorded a smoky R&B version that became a minor hit in 1960, but a marijuana bust a few months later sent him to prison for three years. By the time he got out, his career was seemingly over, though he continued to play music part-time. In 1975 Fender managed to score a huge hit with “Before the Next Teardrop Falls,” and afterward he rerecorded “Wasted Days and Wasted Nights,” which this time went to number one on the country charts. His teenage dream had finally come true.