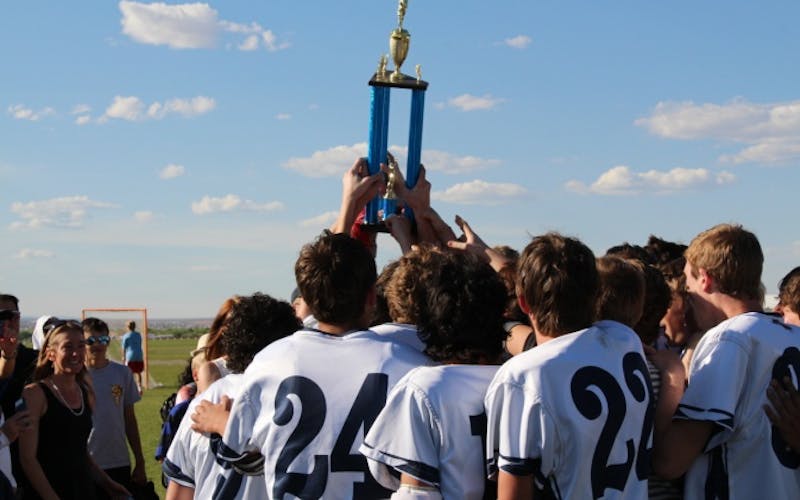 The mission of the athletic department is to help students develop positive life skills through athletics that will enable them to become personally successful and socially responsible. Athletics are a part of the curriculum at every grade level.

The Middle School Physical Education Program is required for 7th and 8th graders. The main focus of PE is to introduce students to a wide variety of sports by encouraging participation, teaching basic skills and promoting teamwork. In addition to PE, we also offer a Middle School Athletic Program for those who desire a more competitive level.

The High School Athletic Program encourages the development of physical and mental abilities through the pursuit of high standards in character, conduct and competition, thereby enhancing the students’ ability to develop positive life skills.  Participation, although required for graduation, is a privilege and students are expected to uphold a high level of personal responsibility, respect, and sportsmanship. Students are offered a wide range of interscholastic activities throughout the school year, with teams at the varsity and junior varsity level including: Soccer, Volleyball, Cross Country, Fencing, Basketball, Swimming, Diving, Tennis, Track & Field, Lacrosse, and Baseball.  Although Santa Fe Prep is considered a small school and often competes against schools twice our size, our athletic programs enjoy a great deal of success. Some highlights of our varsity teams include:

Boys Basketball: District Champions and State Semifinalist in 2011 and 2014