From fine dining to local beer, the Texas food scene is exploding with more energy, innovation, and sophistication than ever before. Come along as we hunt down the best new restaurants. 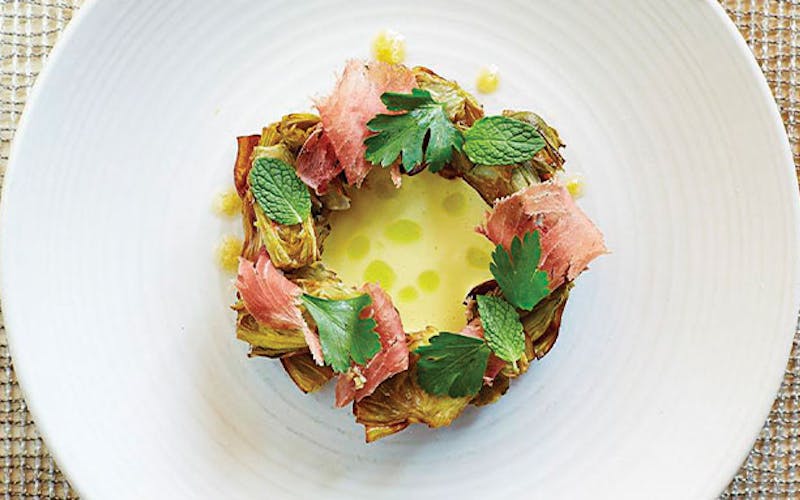 You could call it a tipping point.Over the past few years it’s become undeniable that something big is happening in the Texas culinary world. To put it plainly, the food scene here is not just hot, it is on fire, burning at a rate that I’ve never seen before. Texas chefs are winning national culinary awards left and right—the James Beard Foundation named two Austin chefs as Best Chef: Southwest, in 2011 and 2012, and seven Texans have been named to Food & Wine’s annual “ten best new chefs” list since 2001. In our cities, excellent new restaurants are opening so fast it’s impossible to keep up with them. Scores of local culinary celebrations are springing up not only to extol the likes of whole-beast cookery but also to benefit hardworking farmers. Meanwhile, national food festival planners, seeing how much fun we’re having, are starting up Texas editions. Television megastars like Anthony Bourdain of Parts Unknown and Andrew Zimmern of Bizarre Foods, not to mention professional gluttons like Adam Richman of Man v. Food, can’t stay away. Every other week, the New York Times seems to run another travel story trumpeting the culinary attractions of our cities.

In short, the country has discovered what we Texans already know: as much as we love our brisket and cheese enchiladas and chicken-fried steaks, they no longer solely define us. Our not-so-humble state has one of the richest, most diverse, and most electrifying food scenes in the country.

This month we are rolling out the thirteenth edition of “Where to Eat Now.” Typically, this annual roundup focuses exclusively on our list of the state’s best new restaurants**. But when we started thinking about this edition, that seemed too narrow a focus. So we branched out. Because man cannot live by food alone, we delved into key liquid assets—craft cocktails, Texas wine, and local beer—to tell you where and what to drink now. Over the past few years, a revolution in meat production has taken place, exemplified by the heritage pork butchery at Houston’s Revival Market, so we also sampled the state’s charcuterie. Because Houston is our most deliciously diverse city, we compiled a list of the quintessential local dishes. And down in San Antonio, we lifted the lid on the pots bubbling away at the Culinary Institute of America, where a Latin-oriented curriculum is transforming what would-be chefs learn in school.

All this tasty activity provides a sumptuous background for the main attraction: the ten best new restaurants in Texas. Grab a table and get ready for a treat. The eating has never been better.

**To be considered for our list of the best new restaurants in Texas, an establishment must have opened between October 2012 and November 2013. (Second locations of existing restaurants are not eligible.) All selected restaurants have been visited multiple times. “New” means either a brand-new restaurant that opened during that time frame or an existing restaurant that had a fresh start in at least two of the following three categories: chef, concept, and name. For instance, Jeffrey’s, in Austin, got a new chef and menu, and was closed for a year for remodeling, but kept its old name. The changes made it eligible for consideration, and it merited an honorable mention this time around.