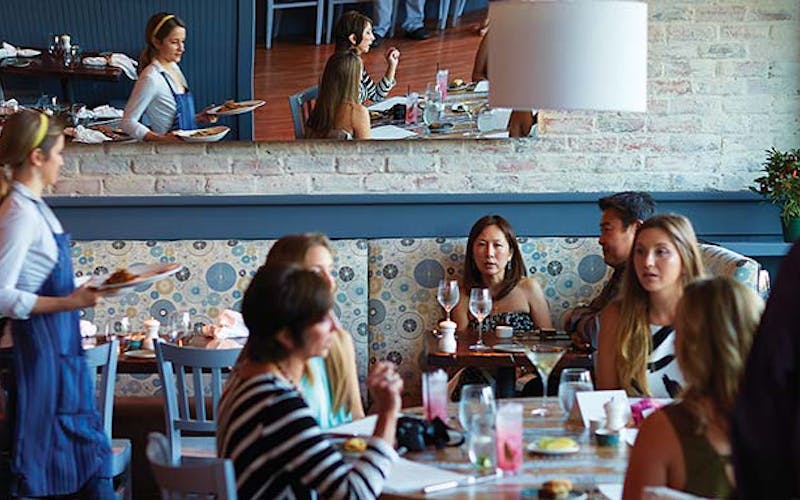 Some chefs yearn to reinvent the wheel. Stephen Rogers, 44, wants to give you the smoothest ride possible. In his hands Gemma has evolved from a halting start into one of Dallas’s most sought-after dining destinations. His New American and Mediterranean menu takes established traditions, applies a bit of a spin, and burnishes them until they shine. Savory pappardelle with braised rabbit, pancetta, and Swiss chard celebrates winter and the glory of long, slow cooking. Nutty barley “fried rice” embraces a duo of duck featuring perfect pink slices of breast drizzled with a green peppercorn sauce and a fantastic confit of leg showcasing skin as crackly as chicharrones. As designed by pastry chef Stephanie Childress, a white chocolate and espresso semifreddo is a study in tones of pale cream and toasty brown, sitting astride a lusty sabayon spiked with stout and bits of fried coconut macaroon. The only problem here is turning the tables. The room is so welcoming, with its tall brick walls and oversized mirrors, that no one wants to leave.