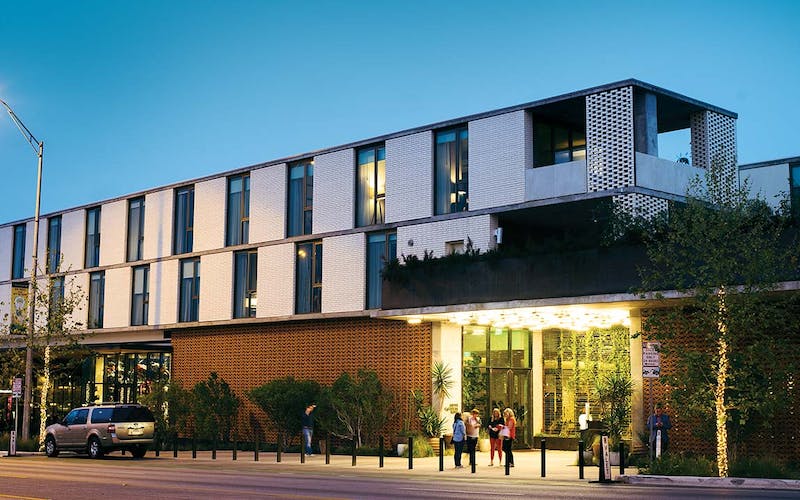 When it was announced a few years back that the beloved food-truck commune on Austin’s South Congress Avenue was being disbanded to make way for a hotel, the pushback came faster than you can say “petition.” “It’s always sad to see something that’s a part of Austin’s identity get torn down for something generic,” lamented one resident. I understood the fear, that some out-of-touch developer would plunk down a garish high-rise that would harsh SoCo’s laid-back vibe. 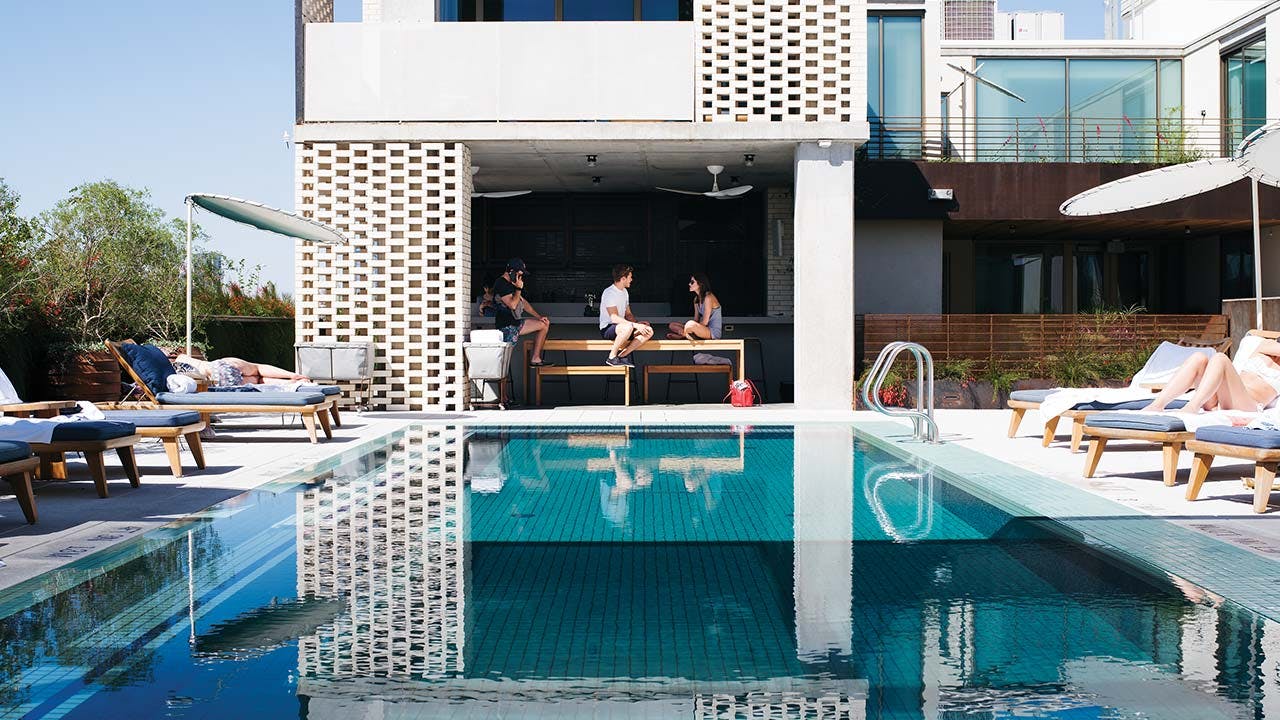 Fortunately that’s not how the story has played out. A humble three stories, the locally owned South Congress Hotel fits seamlessly into the neighborhood. Its white-brick exterior—a bit like a Soviet-era Khrushchyovka apartment building—purposely keeps a chill profile. (Even its name is unobtrusive!) But that doesn’t mean there isn’t plenty to behold. With three restaurants, three boutiques, a coffee and juice bar, and a nail salon, the South Congress is a microcosm of its namesake street’s native cool. Perhaps that’s why the newcomer already feels like it’s been around a while—and why I wanted to linger, both in my room, a luxe modernist cocoon with a cheeky peekaboo shower and a dedicated Wi-Fi network, and in the open-to-all-comers common areas. Without realizing it, I logged several hours by the Palm Springs–mod pool, which has sight lines to downtown, and in the lobby bar, a sectional-strewn hideaway where I spied several fellow Austinites co-opting the long wooden tables as their satellite offices. One of the marks of a good hotel, after all, is that the locals don’t stay away. Opened September 2015; 83 rooms; starting at $289; southcongresshotel.com