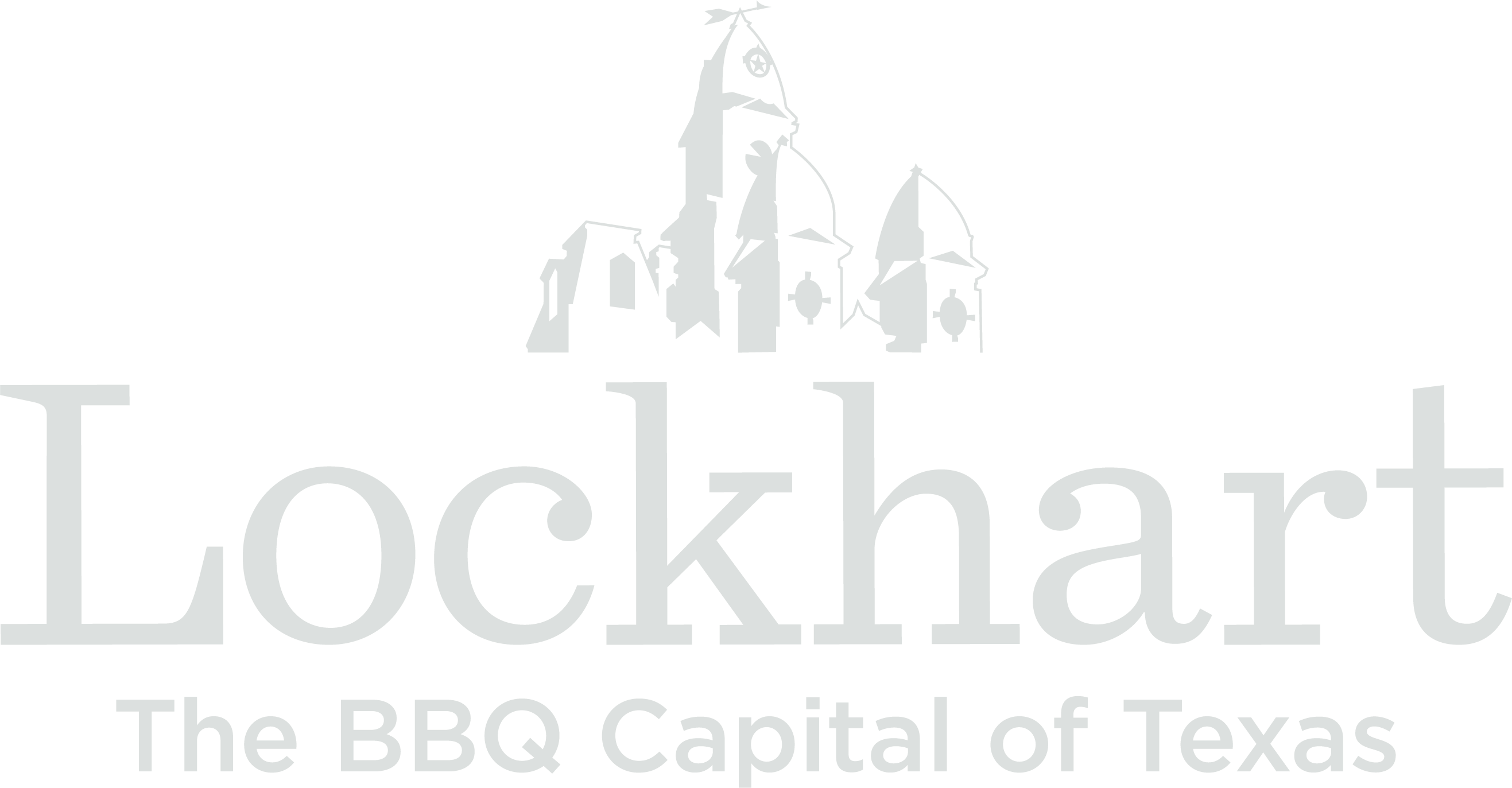 How the Historical BBQ City of Lockhart is Looking Forward
Smitty's Market uses the same pit as barbecue legend Edgar A. "Smitty" Schmidt used in 1948. Photo by Robert Gomez.

When Lockhart is mentioned,
mouths all across Texas begin to water.

Long synonymous with barbecue in the Lone Star State, Lockhart’s fame for all things smoked and delicious extends far beyond Texas. Any serious BBQ tourist knows that a visit to Lockhart is a vital part to any smoked meat bucket list. The city’s contribution to Texas ’cue was recognized officially by the Texas Legislature in 2003 when lawmakers designated Lockhart as the “Barbecue Capital of Texas.” 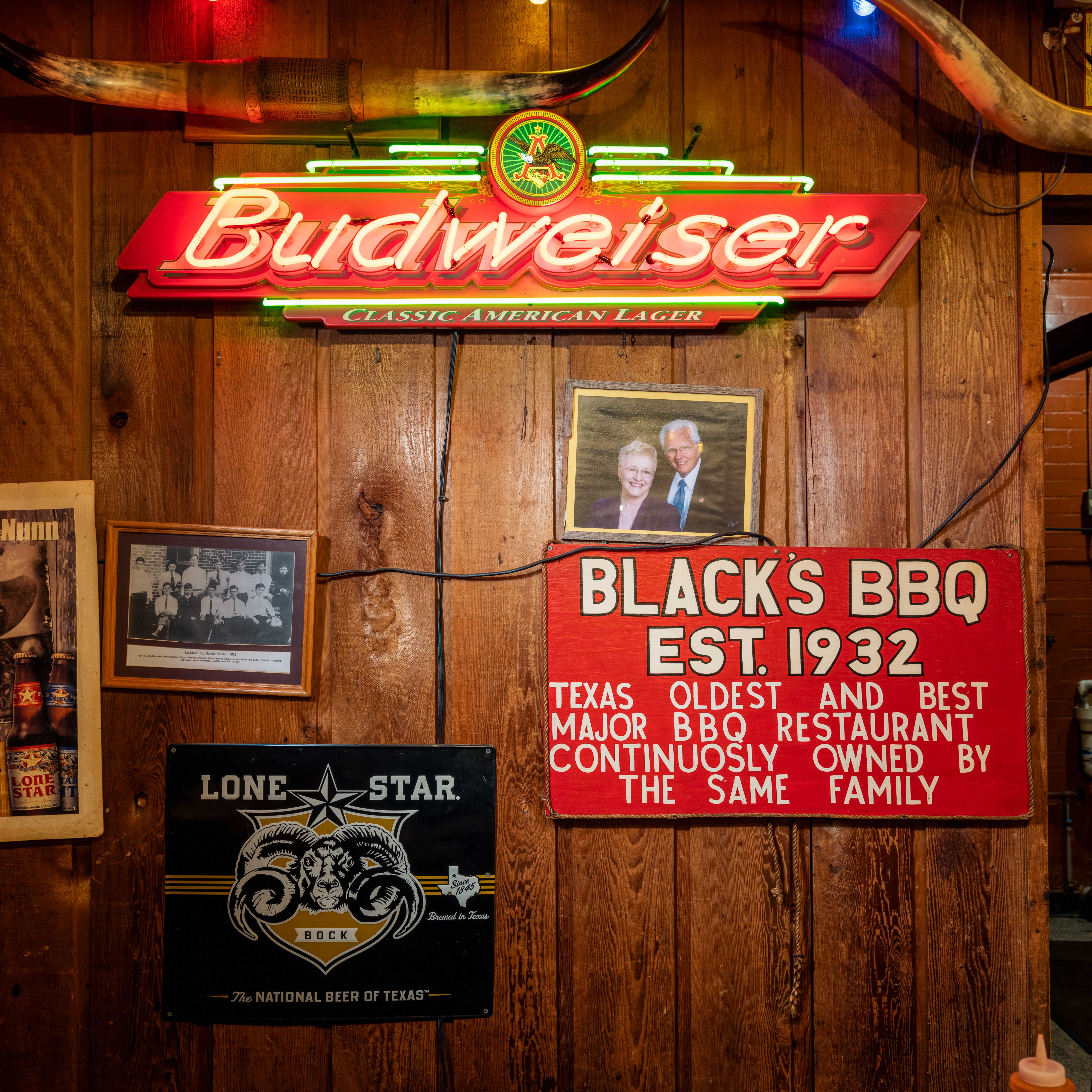 The Original Blacks Barbecue is the oldest joint in Texas owned by the same family.
Photo by Robert Gomez.

The history of barbecue in Lockhart goes as far back as we can trace the history of barbecue anywhere in Texas, and the legacies of the fine joints in Lockhart continue to this day. Barbecue will always be a part of Lockhart, and it is integral to its future—but coals of the pit aren’t the only embers burning brightly. Recent growth and development are ushering in an exciting new future for the town, ensuring that Lockhart will soon be as closely associated with business and culture as it is with barbecue. 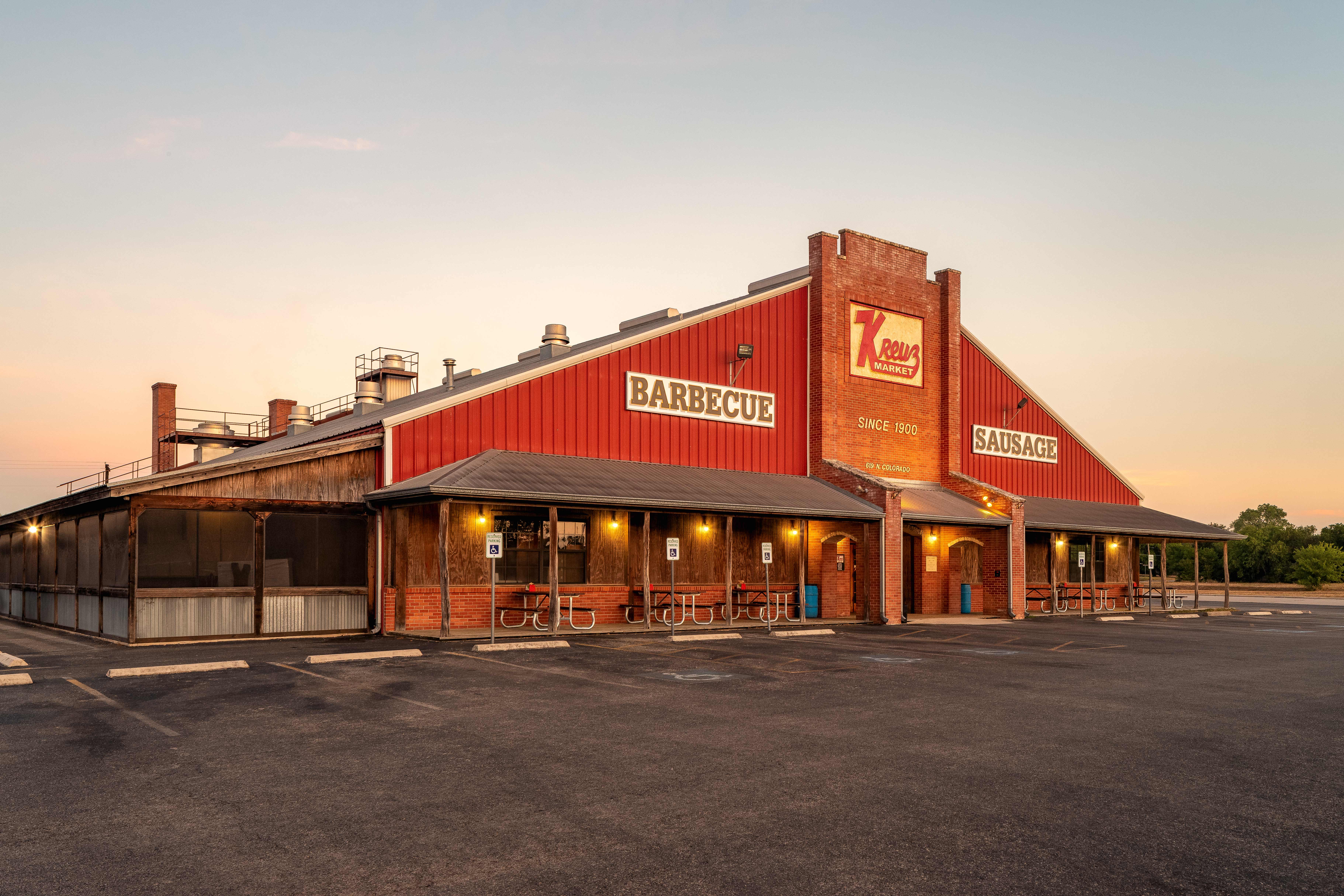 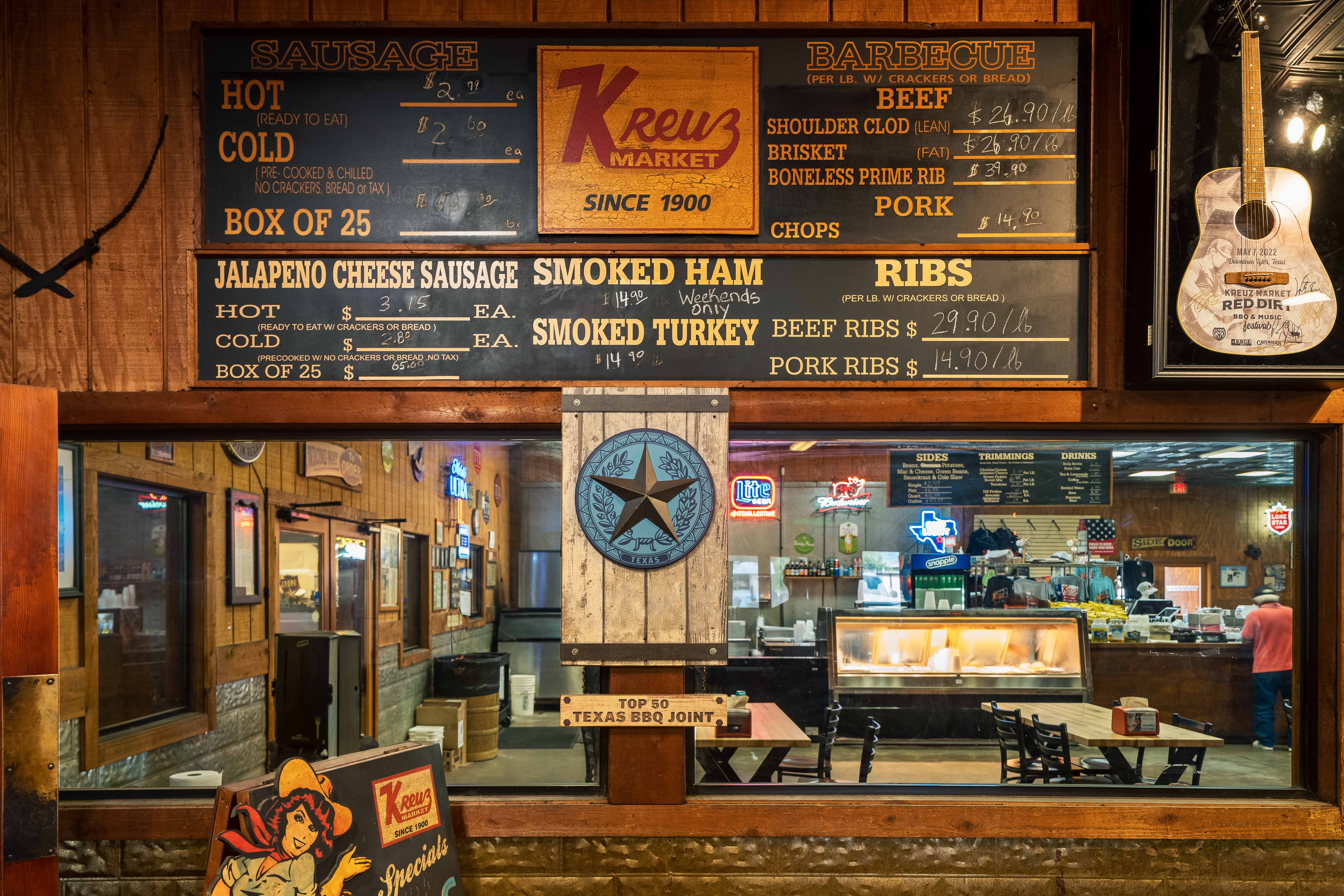 You can find the traditional "Texas Trinity" every day of the week at Kreuz Market.
Photo by Robert Gomez.

Lockhart barbecue history begins way back in 1875, when Jessie Swearingen opened a meat market and began selling barbecue. This meat market was purchased by Charles Kreuz in 1900 and became Kreuz Market. Still in operation today, it is Lockhart’s oldest BBQ joint. Kreuz Market prides itself on smoking meat in the same method it always has. Traditions are important here—the joint didn’t even offer sauce or forks until 2017. 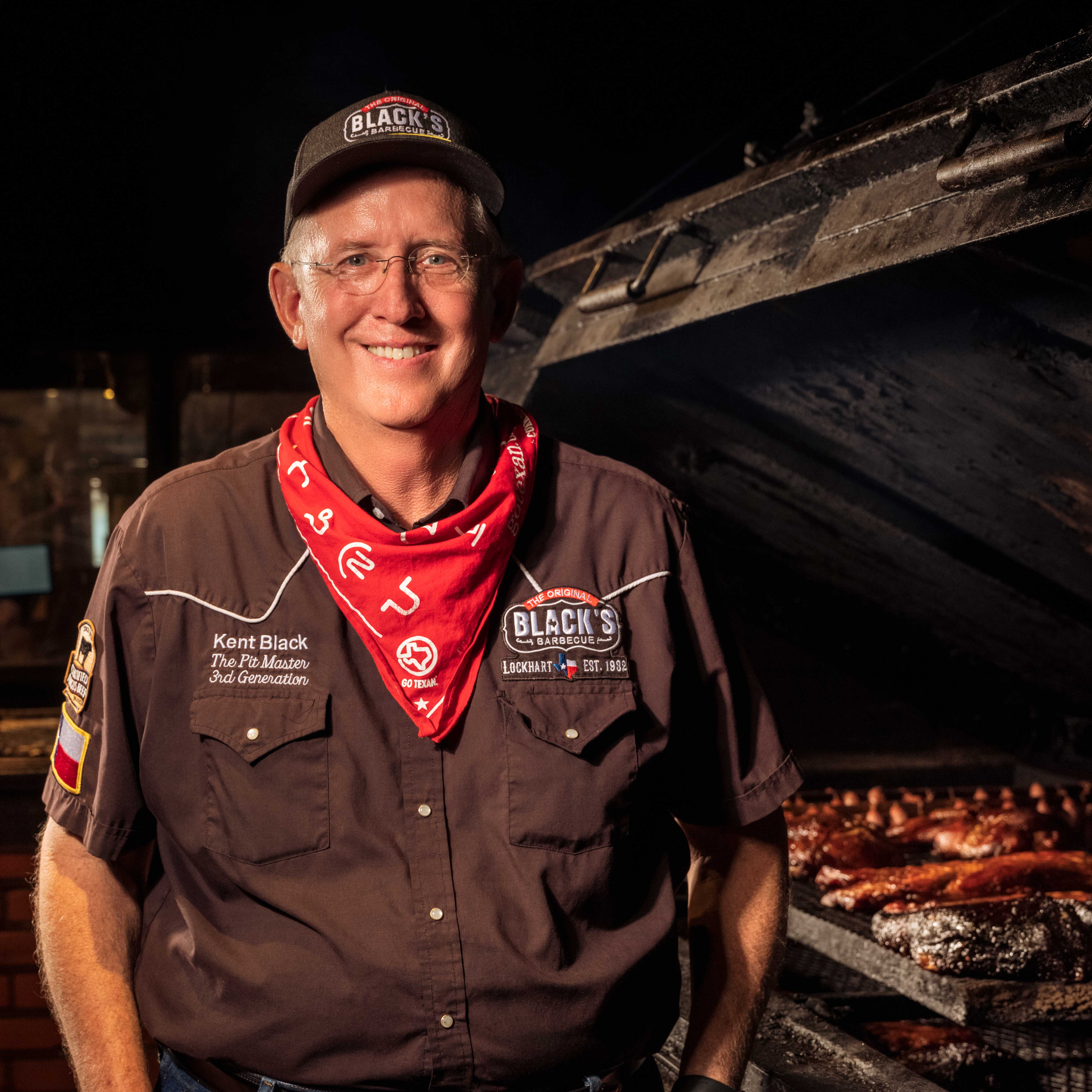 Kent Black, the pitmaster for Black's Barbecue, is the 3rd generation of the Black's family barbecue lineage. Photo by Robert Gomez.

Though not quite as old as Kreuz Market, the Original Black’s Barbecue is famous for being the oldest joint in Texas owned by the same family—four generations of Blacks have manned the pits since 1932. All the meat is marvelous at Black’s, but they are particularly famous for their smoked beef ribs.

Black's Barbecue is known for their enormous beef ribs. Photo by Robert Gomez. 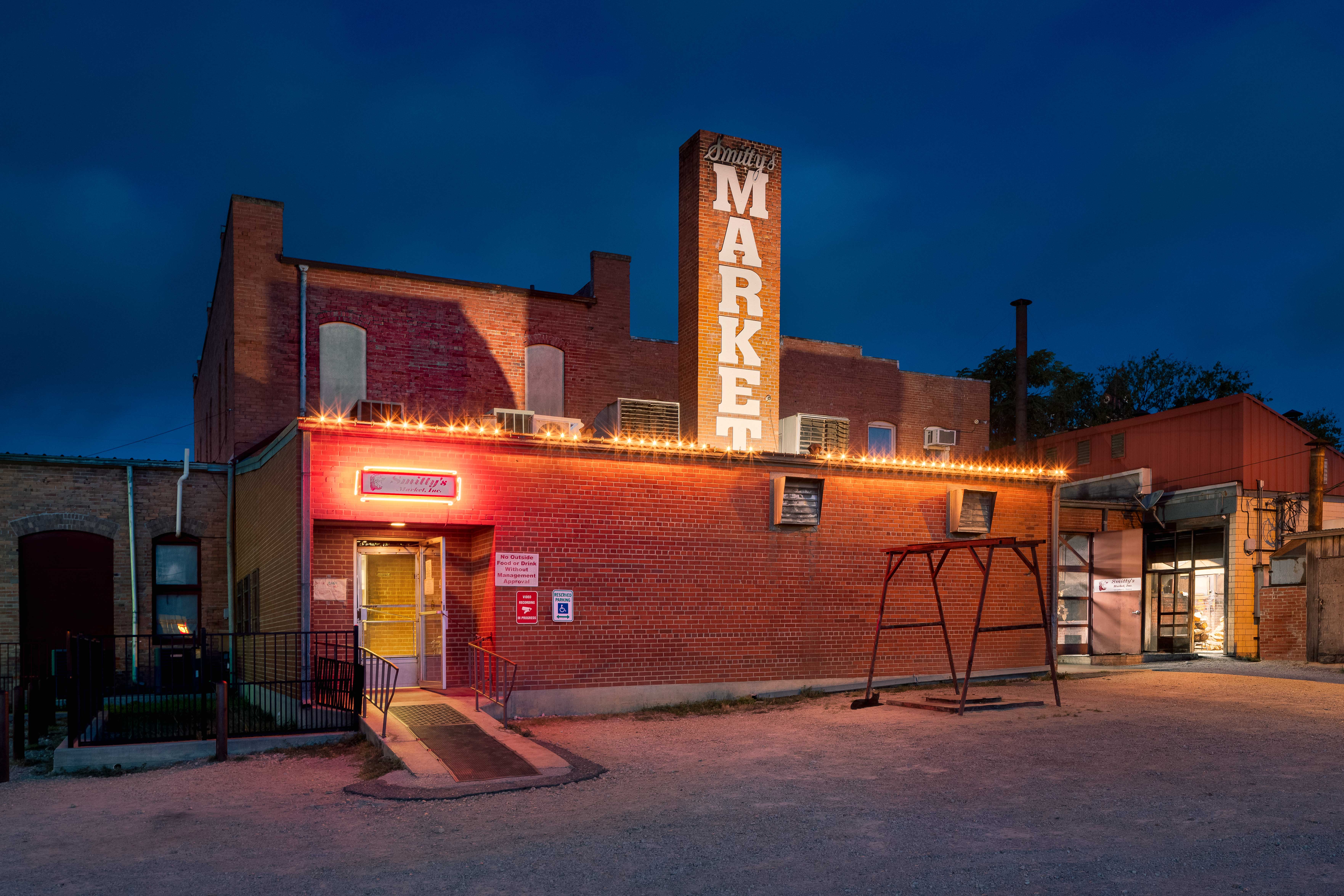 Smitty's Market in the early morning on Lockhart square.
‍Photo by Robert Gomez.

Barbecue is often a family affair, and Smitty’s Market is no exception. Begun by the daughter of Lockhart barbecue legend Edgar A. “Smitty” Schmidt, Smitty’s Market is in the original location of Kreuz Market and uses the same pit her father smoked on since he bought the place in 1948 after working for the Kreuz Family since he was 13.

A relative newcomer in Lockhart, Chisholm Trail Barbecue has been around for a short, blink-and-you’ll-miss-it 44 years. In a town where the new kid on the block has been serving quality ’cue for almost five decades, you know you’re in the Barbecue Capital of Texas. Serving a delightful assortment of meats, Chisholm Trail Barbecue bills itself as the place “where the locals eat. 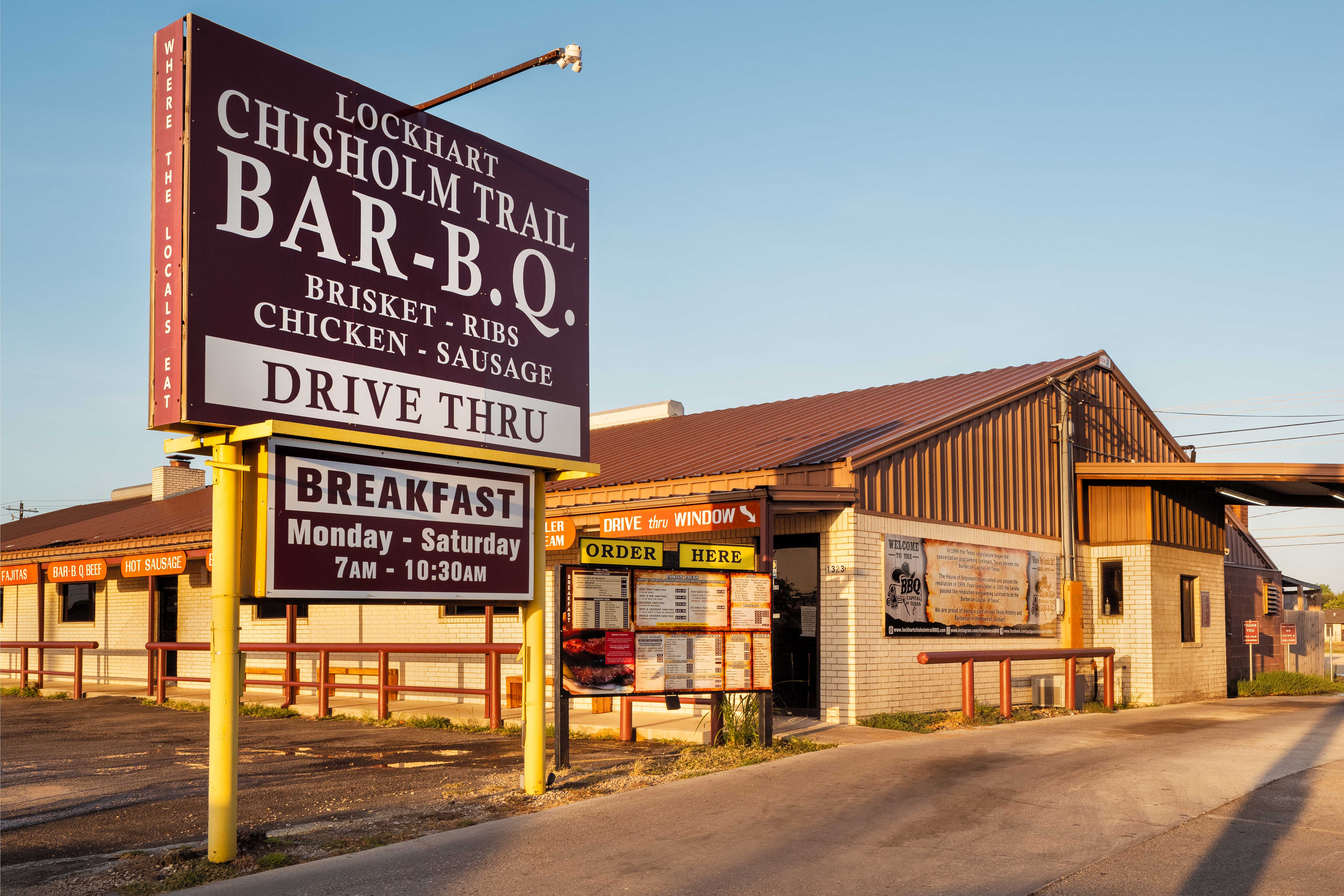 These four storied joints estimate that about 250,000 people a year make the pilgrimage to chow down on their famous selections of smoked meats. That’s quite a boon to the Lockhart economy, but with recent economic development, the city will soon be known for more than barbecue. 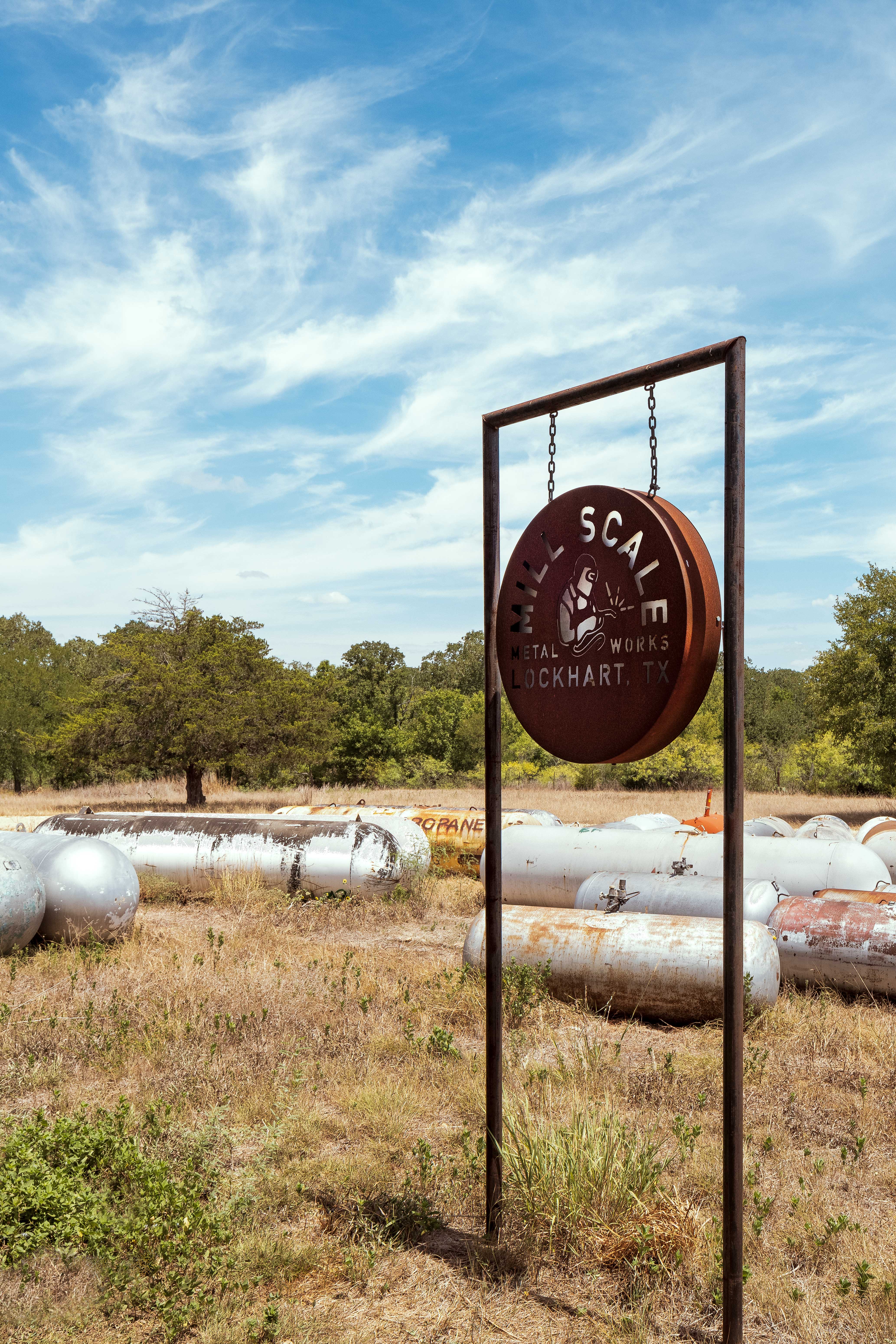 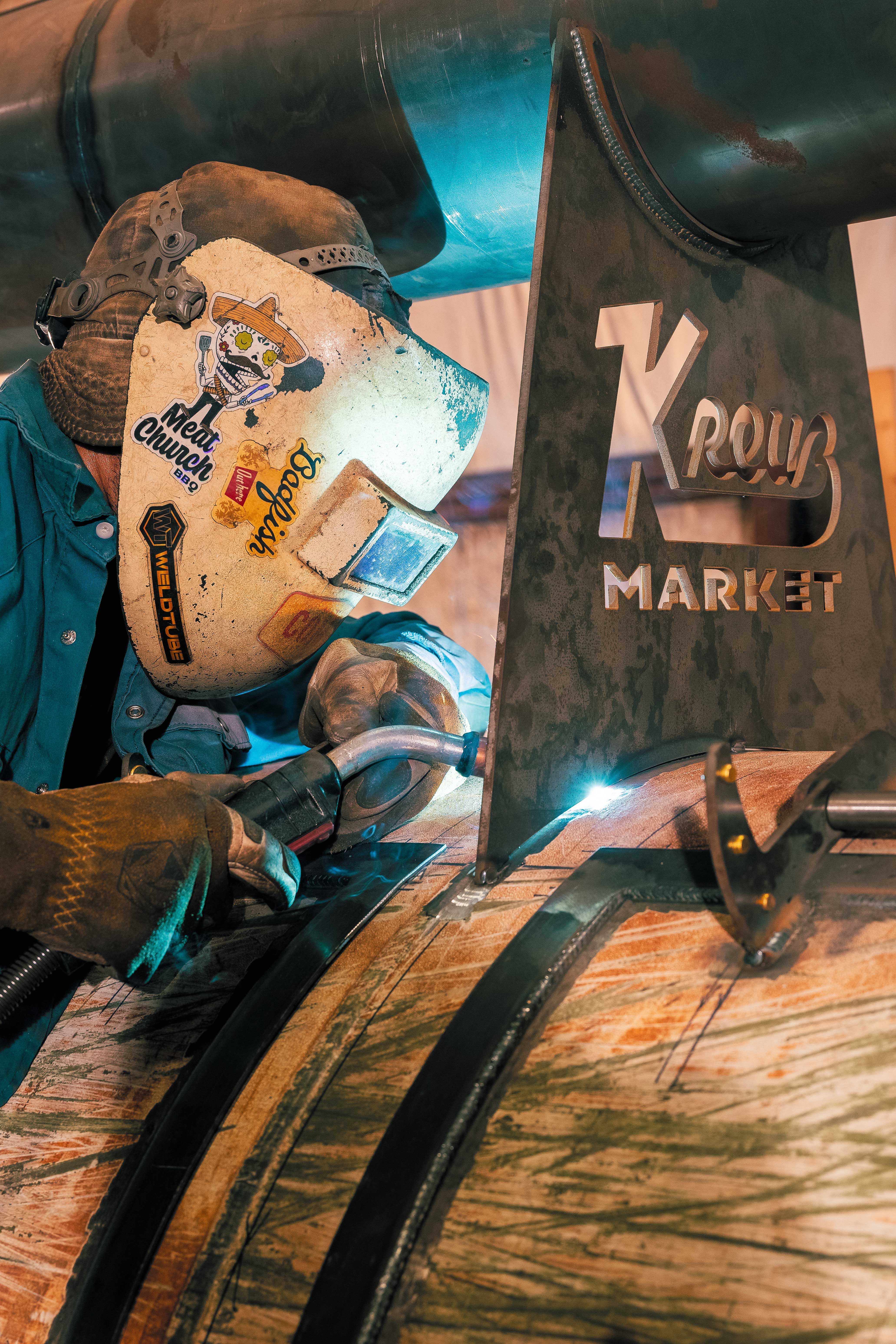 Welding the finishing touches on the new smoker for Kreuz Market.
Photo by Robert Gomez. 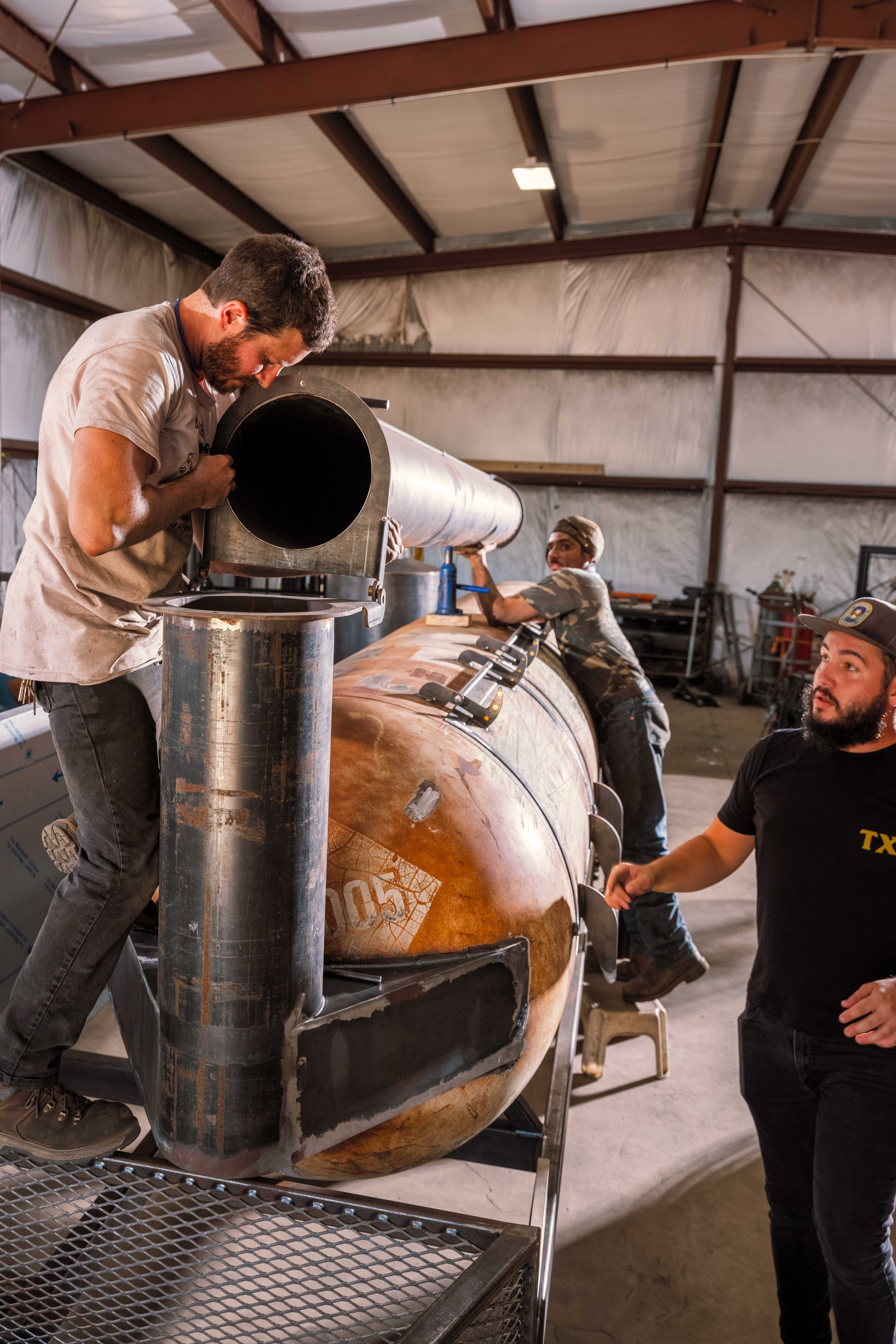 Each smoker is built on a trailer for mobility.
Photo by Robert Gomez.

Mill Scale Metal Works, a maker of fine crafted smokers, is planning to build a manufacturing facility and retail storefront near Kreuz Market. The company has built smokers for multiple BBQ joints on the Texas Monthly top 50 list and would add to Lockhart’s historic BBQ legacy while bringing skilled jobs to town.

Revival Cycles Inc. has purchased a 30,000-foot building in downtown Lockhart with plans to convert the space into the company’s corporate headquarters. Revival is a custom motorcycle company that also sells apparel, motorcycle accessories, and motorcycle related art. The new headquarters would create upwards of 50 jobs for the community. 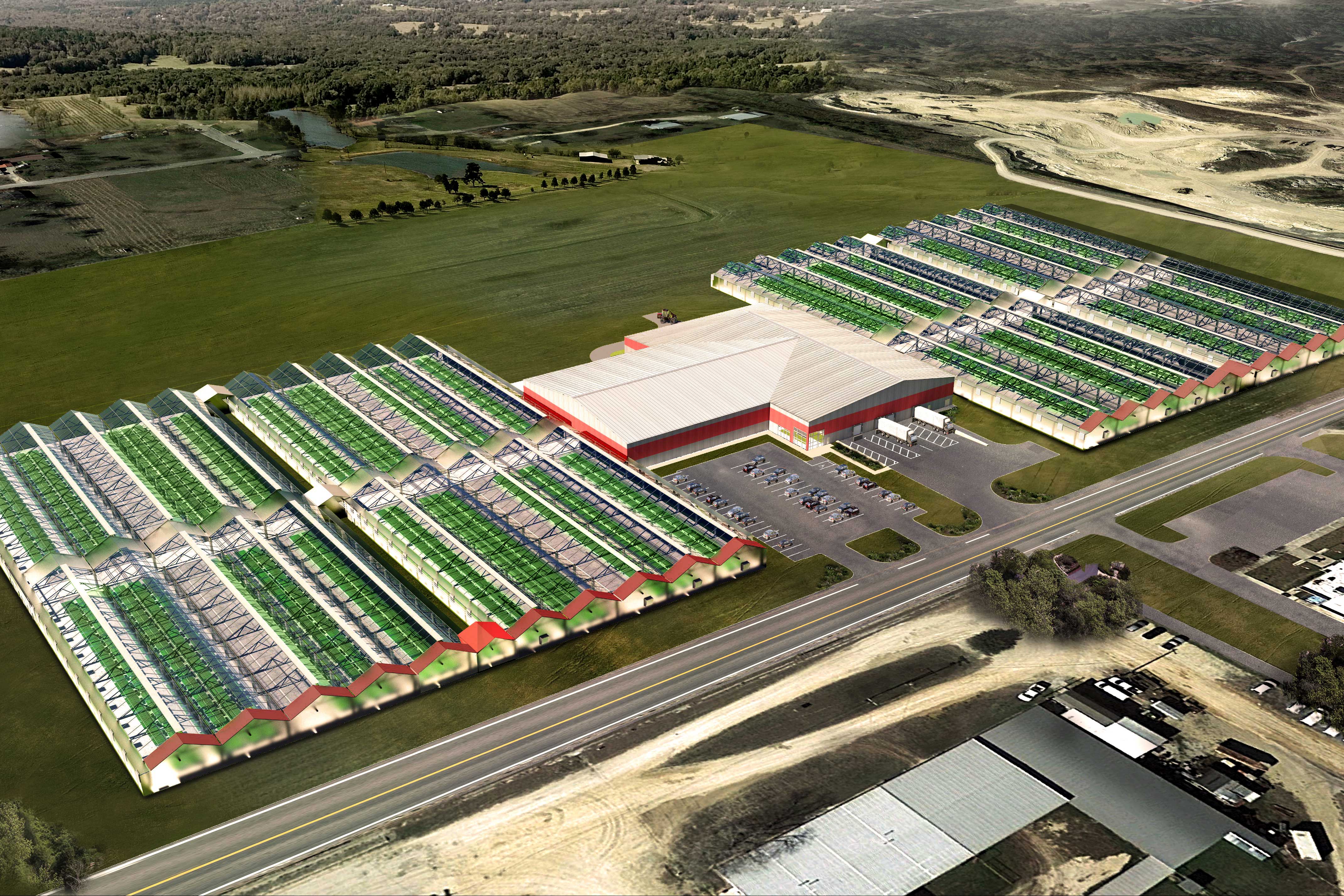 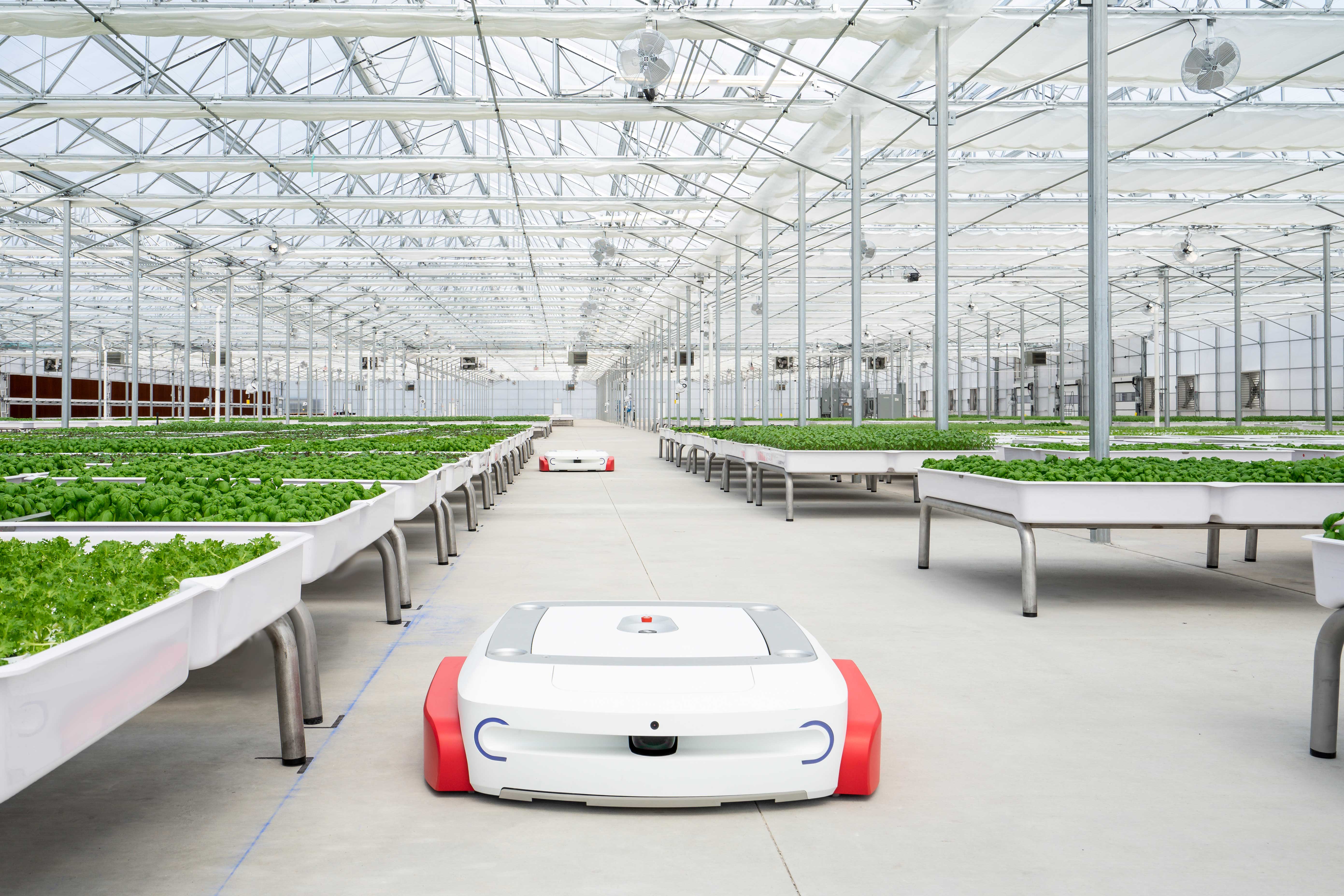 Another new business in Lockhart, Iron Ox, is contributing to the future of Lockhart by doing work that will have an impact on the future of farming. Using AI and robots, Iron Ox seeks to bring technological advancement to agriculture, using sustainable processes to grow food for Texans and beyond. The current location employs 50 workers, and a second Lockhart location is preparing for construction.

Lastly, McElroy Metal, a Louisiana-based roofing manufacturer, expands its operations to Lockhart. Its distribution facility is under construction in the Lockhart Industrial Park III, located just off SH 130—a prime location for any industry looking to expand its reach to the Austin – San Antonio corridor. 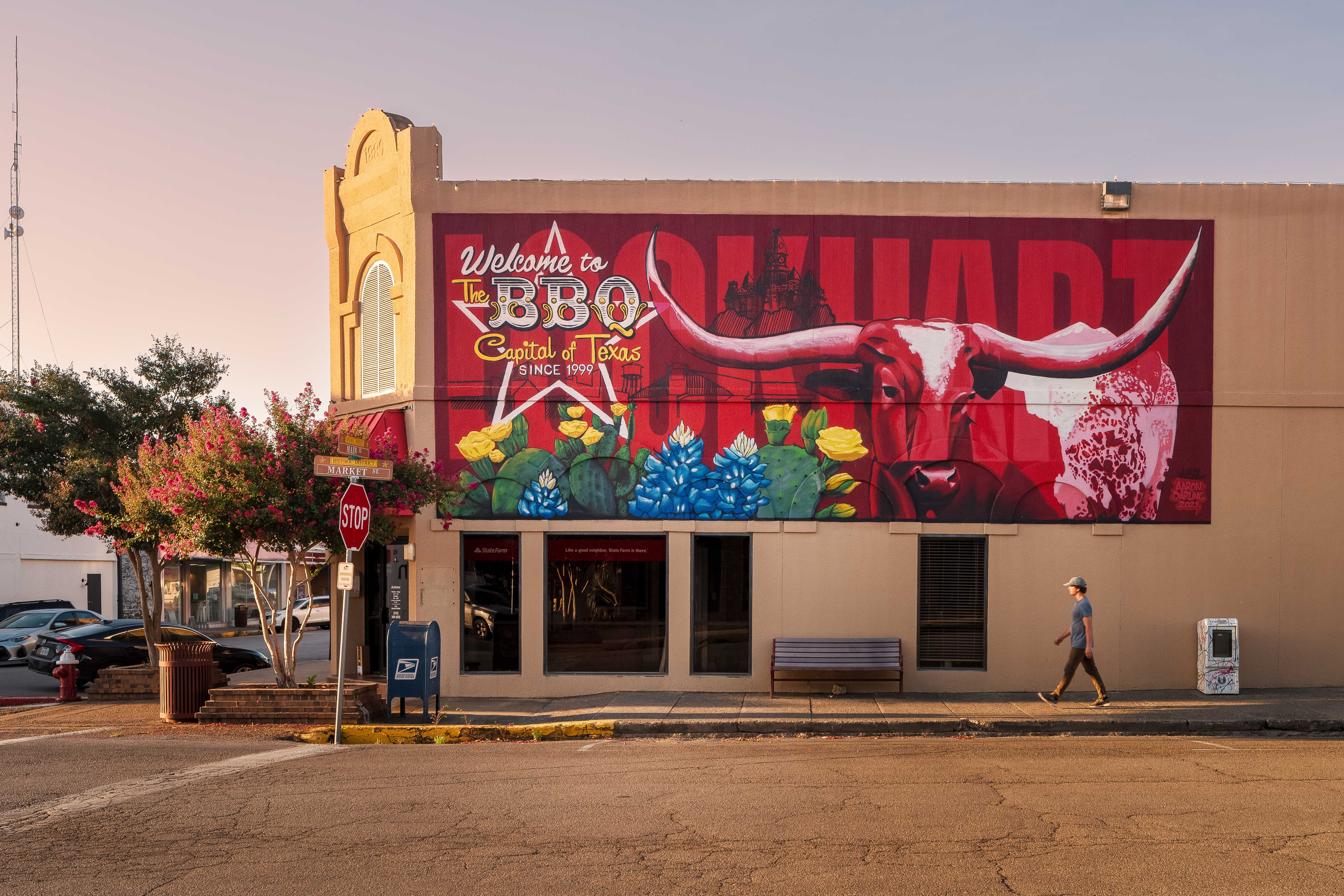 Lockhart is the official "BBQ Capital of Texas." Photo by Robert Gomez.

New industry brings new residents to Lockhart. The town is experiencing unprecedented growth as folks have begun to flock to the charming town. As housing prices soar in big cities, more and more Texans are beginning to see how beautiful living in a smaller, more intimate community can be. Artists, musicians, and chefs have begun to call Lockhart home, enriching the already vibrant culture of the town.

Lockhart will always be the Barbecue Capital of Texas. After all, the Texas Legislature officially proclaimed its status as such—but Lockhart is rapidly becoming known for even more. Just as great food brings people together, so does a bustling cultural scene and an economy with an eye towards the future. Come for the historic BBQ, stay for the bright new future!

All photography by Robert Gomez except Iron Ox images. 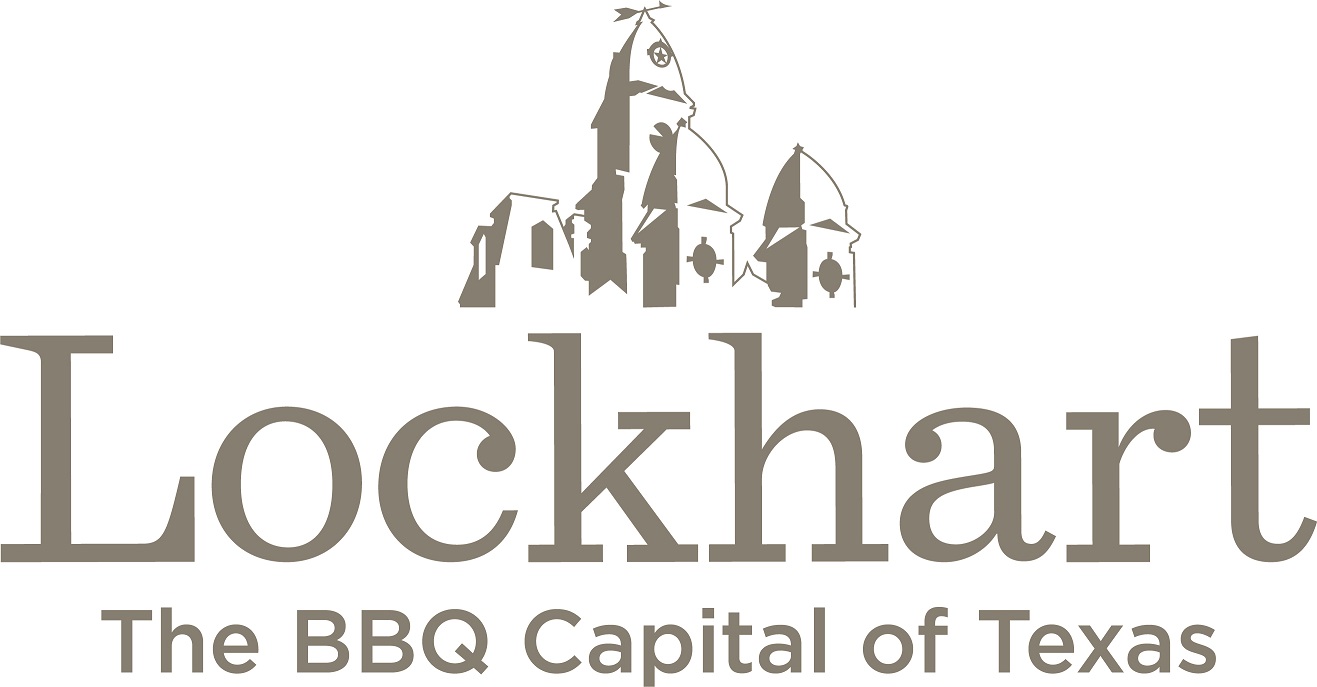