It’s been a solid month for Beto O’Rourke on the internet. He went mildly viral earlier this week for skateboarding to a Whataburger in Brownsville, where he then ordered a triple meat Whataburger, a not-so-subtle nod to a previous viral-ish interaction with his opponent Ted Cruz, whose campaign recently and quixotically attempted to compare O’Rourke’s liberalism to that menu item.

Now O’Rourke has gone viral again. This time, the internet-popular Democratic challenger to Cruz is making rounds online for his nuanced commentary on NFL players protesting police brutality and injustice during the national anthem.

Yesterday, online video network NowThis published a video of O’Rourke at a town hall in Houston, where O’Rourke was asked how he felt about the NFL protests (you can blame NowThis for the melodramatic soundtrack). Here’s what he said:

My short answer is no, I don’t think it’s disrespectful. Here’s my longer answer, but I’m gonna try to make sure that I get this right because I think it’s a really important question. And reasonable people can disagree on this issue, let’s begin there. And it makes them no less American to come down on a different conclusion on this issue, right? You’re every bit as American all the same.

But I’m reminded that somebody mentioned reading the Taylor Branch book—you did—Parting the Waters: [America] in the King Years. And when you read that book and find out what Dr. King and this nonviolent, peaceful movement to secure better—because they didn’t get full—civil rights for their fellow Americans, the challenges that they face—those who died in Philadelphia, Mississippi, for the crime of trying to be a man, trying to be a woman, in this country, the young girls who died in the church bombing, those who were beaten within an inch of their life crossing the Edmund Pettus Bridge in Selma, Alabama, with John Lewis, those who were punched in the face, spat upon, dragged out by their collar at the Woolworth lunch counter for sitting with white people at that same lunch counter, in the same country where their fathers may have bled the same blood on the battlefields of Omaha Beach or Okinawa or anywhere that anyone ever served this country.

The freedoms that we have were purchased not just by those in uniform, and they definitely were. But also by those who took their lives into their hands riding those Greyhound buses, the Freedom Riders in the deep South in the 1960s who knew full well that they would be arrested, and they were, serving time in the Mississippi State Penitentiary. Rosa Parks getting from the back of the bus to to the front of the bus. Peaceful, nonviolent protests, including taking a knee at a football game to point out that Black men, unarmed; Black teenagers, unarmed; and Black children, unarmed, are being killed at a frightening level right now, including by members of law enforcement, without accountability and without justice.

And this problem—as grave as it is—is not gonna fix itself, and they’re frustrated, frankly, with people like me and those in positions of public trust and power who have been unable to resolve this or bring justice for what has been done and to stop it from continuing to happen in this country. And so nonviolently, peacefully, while the eyes of this country are watching these games, they take a knee to bring our attention and our focus to this problem and ensure that we fix it. That is why they’re doing it, and I can think of nothing more American than to peacefully stand up or take a knee for your rights anytime, anywhere, anyplace.

‘I can think of nothing more American.’ — Beto O'Rourke — the man taking on Ted Cruz — brilliantly explains why NFL players kneeling during the anthem is not disrespectful pic.twitter.com/xUGOuCFCSi

The video quickly went viral, picking up thousands of shares on Twitter. Celebrities and popular liberal internet personalities began retweeting the video and praising O’Rourke for his remarks (which are similar to the far less viral explanations that have been offered by some of the protesting NFL players themselves).

Please watch this and be reminded of what thoughtful leadership looks and sounds like. Thank you @BetoORourke for giving us a glimpse of our future. Things will get better! https://t.co/0ndoPbQEN8

It's so rare to hear an answer this clear and honest and from the heart that it made my jaw drop. Check out @BetoORourke and support his campaign. https://t.co/TdeVPzo3sn

Beto O’Rourke, while I hope he becomes an United States Senator in November, should seriously consider running for president in 2020.

This country might need him in a higher office.

So far, O’Rourke’s campaign has essentially had two homes—the small Texas towns and cities he’s visited in his many road trips and the digital world, where he raised a whopping $2.9 million in July (a viral video like the NFL protest one will probably spur a few donations on its own this month). His success online has earned him national praise and allowed him to make good on his promise not to accept any PAC donations, without sacrificing the more traditional, and more expensive, aspects of a political campaign—according to the Texas Tribune, O’Rourke has actually been buying ad space in local radio and print publications for a few months now, and he rolled out a $1.2 million TV ad last week.

Polls show that Cruz still holds a lead, but O’Rourke has been closing the gap, one viral video at a time. O’Rourke’s improbable campaign has forced Cruz to try to appear just as hip, attempting some very un-Cruz-like stunts with mixed success, like playing a televised basketball game against Jimmy Kimmel or the aforementioned Whataburger snafu. Cruz responded to O’Rourke’s NFL protest comments during a campaign event in Corpus Christi. “When Beto O’Rourke says he can’t think of anything more American [than players taking a knee], well, I got to tell you, I can,” Cruz said on Saturday, according to the Corpus Christi Caller-Times, citing how members of the military stationed across the nation regularly salute the flag and stand at attention when the anthem is played. Cruz’s comments have not gone viral. 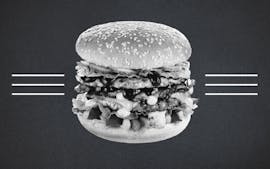 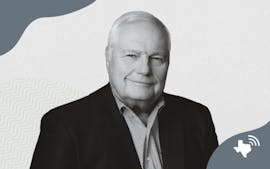 Dale Hansen: ‘The Single Greatest Thing About America Is the Freedom to Protest’ 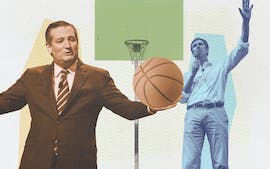