All eyes are on the presidential election, but in Texas the biggest story may be control of the state House. Democrats need to pick up 9 of 150 seats to take over the lower chamber of the Legislature, which they haven’t controlled since 2003. Helped by Barack Obama in 2008, the party came within 2 seats of a majority. If the GOP keeps the House, it can draw new legislative and congressional maps with few checks. If the Democrats take over, they will have a shot at avoiding the kind of extreme gerrymandering that has kept them on the sidelines. The most competitive races are found largely in suburban districts that have undergone a dramatic red-to-purple shift over the past few years. Here are four tight races to keep an eye on.

House District 28 was long the domain of Republican John Zerwas, whose unexpected resignation last year triggered a special election. Fort Bend County has speedily become one of the most diverse parts of the country. Democrat Markowitz, who works for the Princeton Review, lost by 16 points in a January runoff to Gates, a Republican real estate investor accused of abusing his adopted children. (He denies the allegations.) Markowitz hopes that a rematch during a high-turnout presidential election will put her over the top. 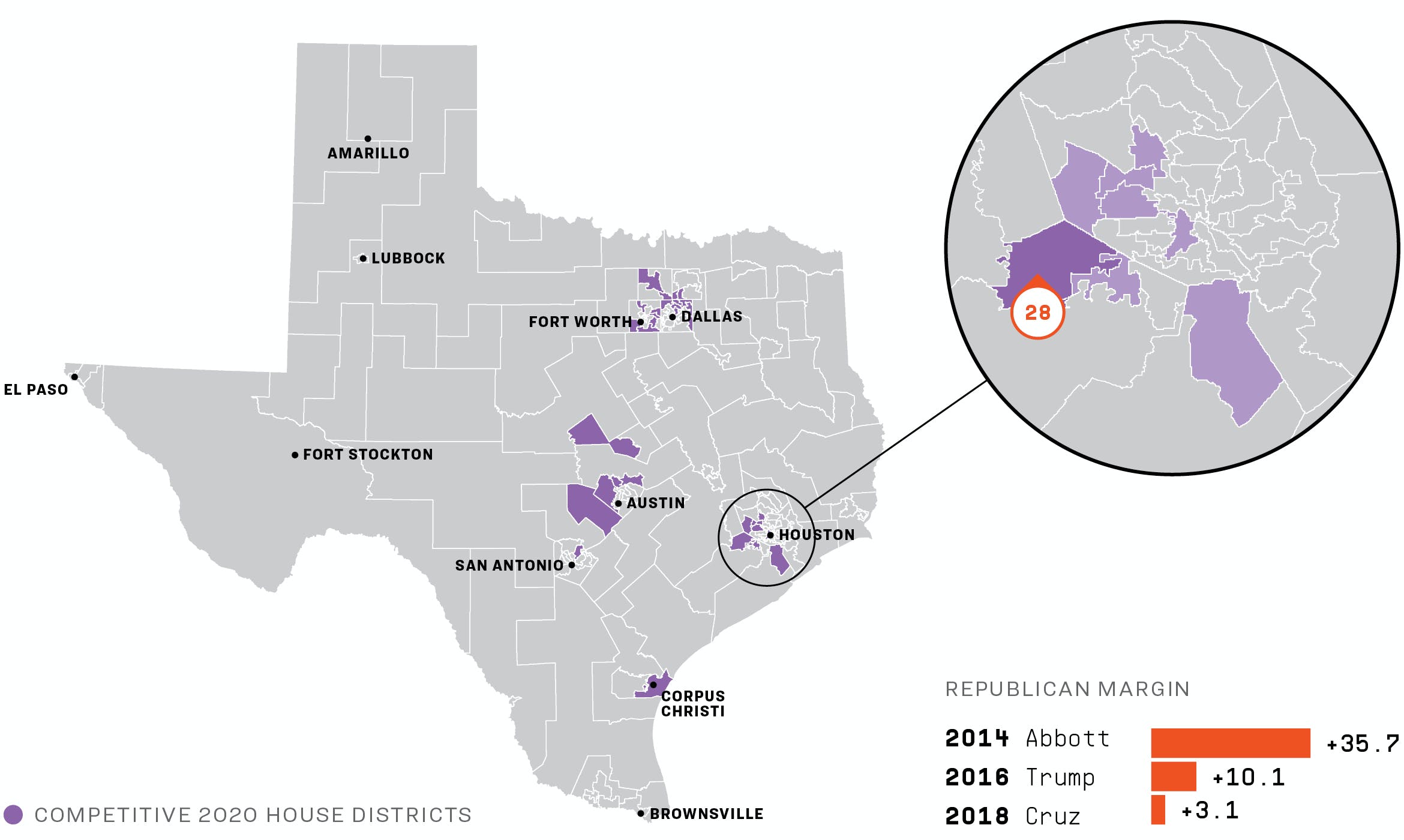 Zwiener, 35, won this patch of Central Texas in 2018 by a thin margin. House District 45 is one of a number of districts that have been transformed by Austin’s rapid expansion, changing, over a little more than a decade, from a mostly rural district to a mostly suburban one. Zwiener is one of the more progressive Democrats in the House; Isaac is the conservative wife of Zwiener’s predecessor, Jason Isaac, a tea partier who held the district for eight years. Was 2018 an aberration or the new normal? 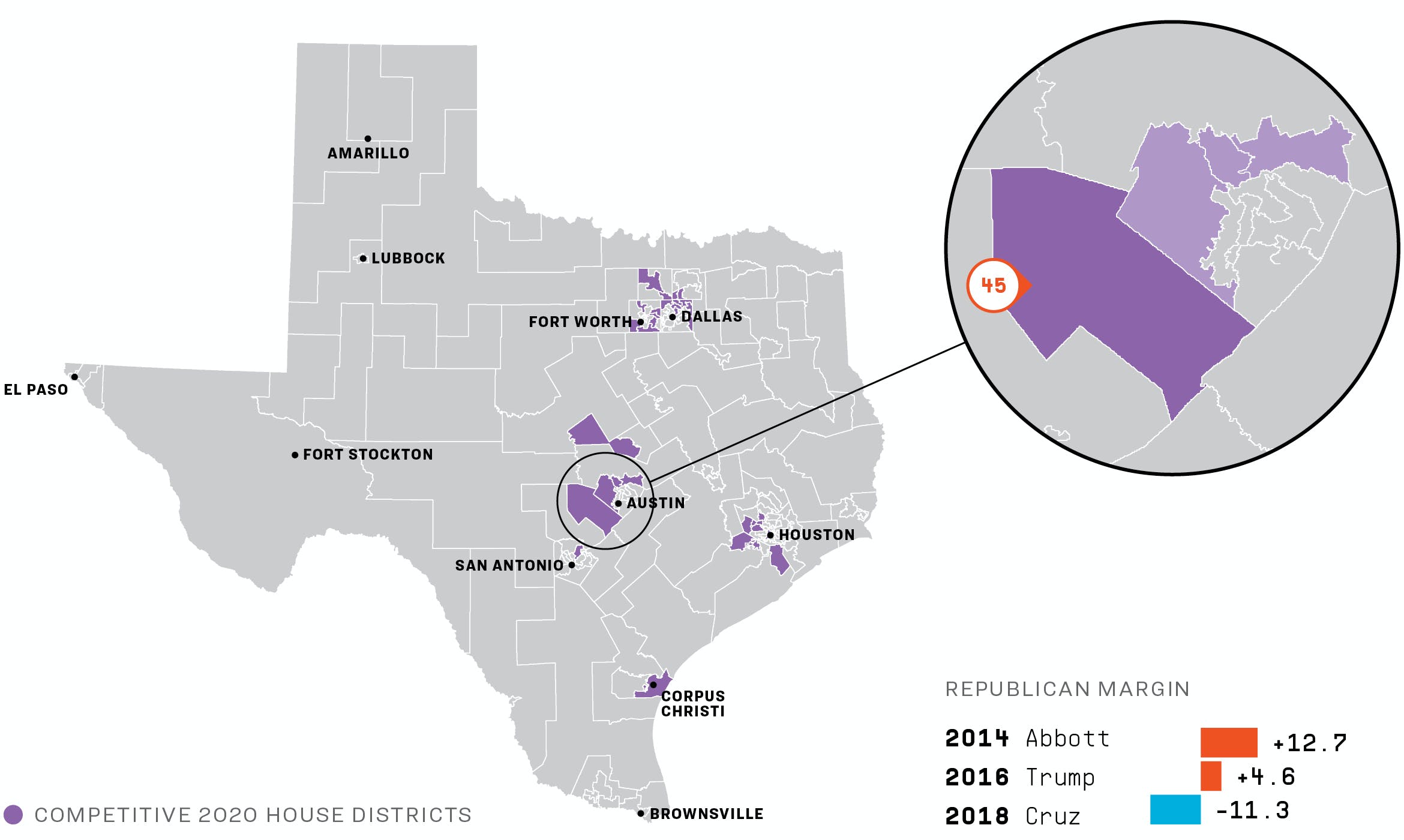 Tinderholt is one of the most colorful right-wingers in the House: a social conservative who went through four divorces before settling down with a former Dallas Cowboys cheerleader. In 2017 he authored a bill that could make abortion a capital crime, subject to the death penalty. Democrat Simmons is a Black small-business owner running on health care and public education. Tinderholt has been airing ads touting his support for increased education spending—a sign that he’s clocked his district’s dramatic shift left. 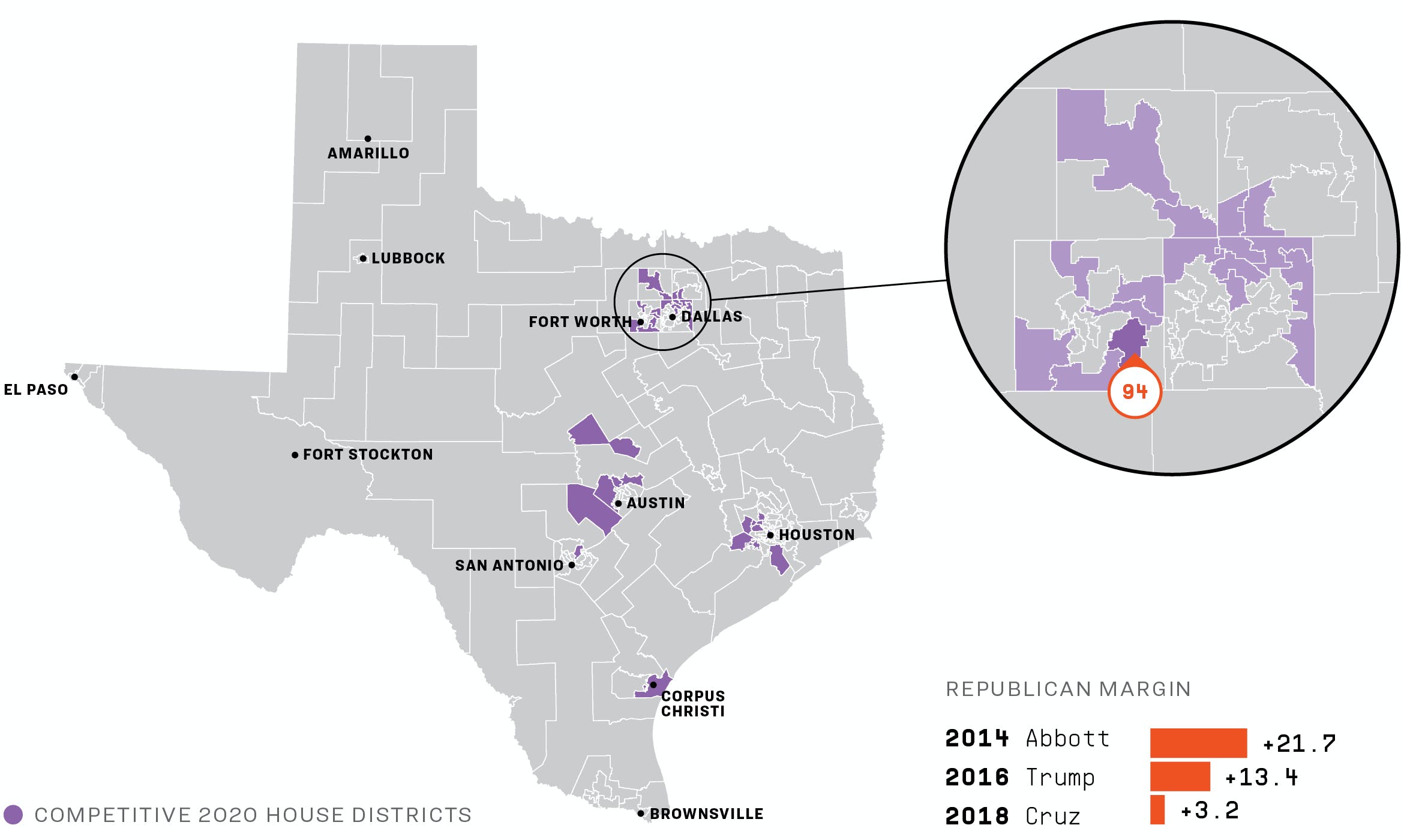 Last summer, when House Speaker Dennis Bonnen reached for an example of how the president was endangering the GOP hold on his chamber, he invoked Button, a Taiwanese-American accountant whose district has become increasingly blue since she was elected in 2008. Corporate lawyer Chambers says she will “finish the job” after narrowly losing to Button in 2018. If Button and Republican Morgan Meyer, in nearby House District 108, both lose, the GOP will be left without a single state representative in Dallas County, which contains fourteen districts. 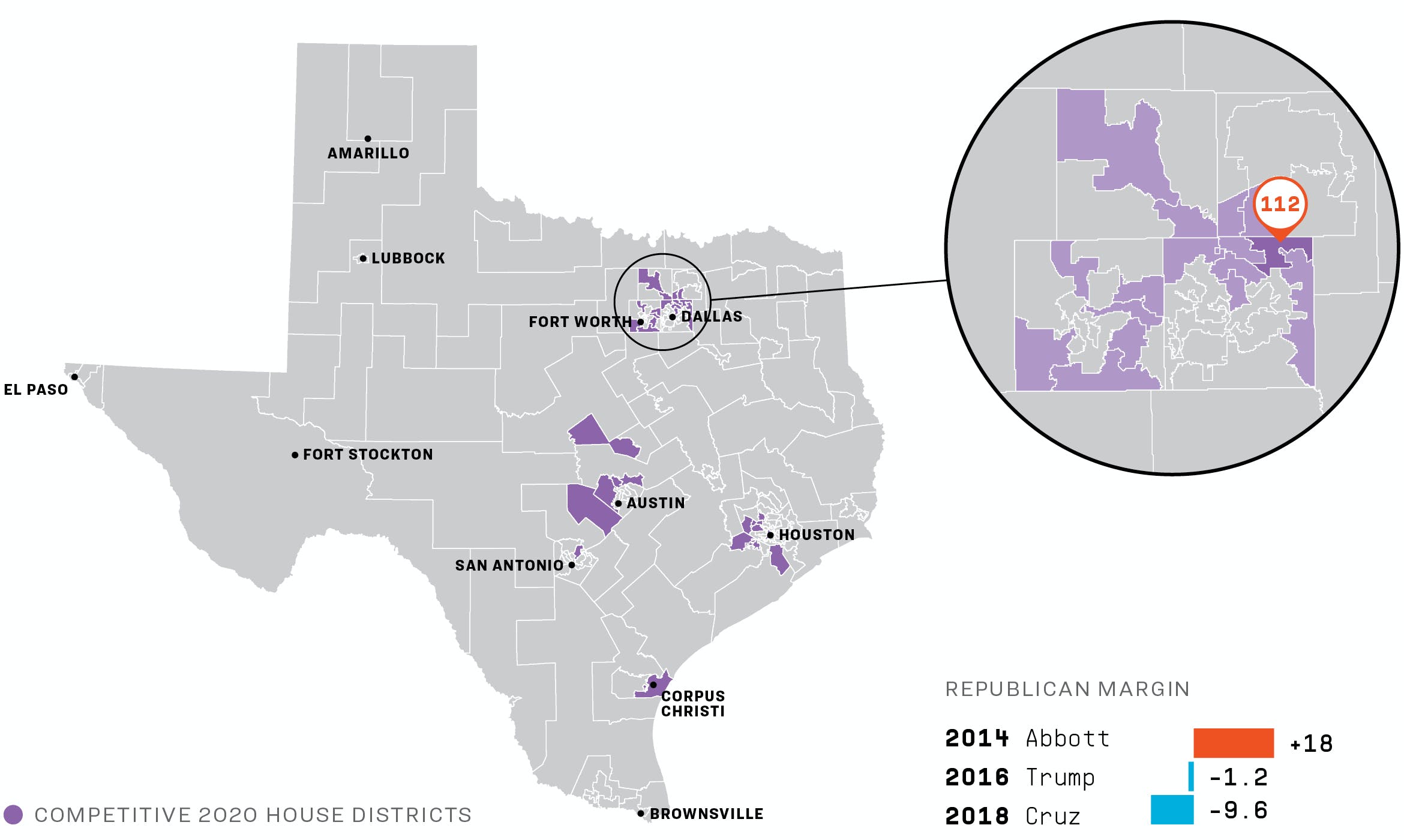 Candidates Face Tough Choices About How to Campaign During a Pandemic

Check out Our “Get to Know a Swing District” Series

This article originally appeared in the November 2020 issue of Texas Monthly with the headline “House Hunters.” Subscribe today.