At a 24-hour emergency clinic in northwest Houston, the line for COVID-19 testing routinely stretches down the block these days. Typically, would-be testees remain in their vehicles, but last Friday night so many Houstonians descended on the facility that hundreds ended up packing closely together on foot, forming a dense line reminiscent of those outside Apple stores in the hours before the release of the newest iPhone.

The next evening, in Rice Village, an upscale shopping district ten miles south, another long line formed, this one also taking up most of a city block. But this spontaneous assembly had nothing to do with coronavirus testing. The crowd had shown up to acquire a freshly grilled hot dog from a popular food stand. Nearby, a motorcycle club gathered on a street corner beside a Mexican-Korean food truck serving kimchi quesadillas. Couples strolled by hand-in-hand and groups of teenagers clumped together staring at their phones. Some wore masks, but most did not.

Though Rice Village hot dog sales may suggest otherwise, health experts say Houston is on the brink of the deadliest disaster in its 180-year history, one that models predict will kill thousands of its residents in the coming months. But awareness, or consideration, of that disaster seems to vary dramatically across the city.

The Pandemic Has Changed Everything

In the recent past, community spirit and collaboration was considered one of Houston’s defining attributes. When Hurricane Harvey flooded the city in 2017, Houstonians responded with an unprecedented rescue effort launched from inside living rooms and garages using little more than laptops, smartphones, and fishing boats piloted by Good Samaritans. Harris County Judge Lina Hidalgo has compared this current crisis to “an invisible hurricane.” But now, despite ominous signs that the city is headed toward a major crisis, it seems unable to rally. On Nextdoor, an app where residents of particular neighborhoods exchange useful information, disconsolate Houstonians have resorted to panicked warnings about individual grocery stores, restaurants, and pedestrian zones where some are violating pandemic norms and putting public health at risk. Across the city, from parks to major shopping areas, it’s easy to find Texans living without concern for their neighbors, even as the virus surges.

There was a time, not so long ago, when Houston’s ability to contain the virus made it a model among major metropolitan areas. Not anymore. Authorities report more than 20,000 active cases in Harris County alone, the highest total in Texas, and the COVID-19 threat has reached the highest level on the county’s new coronavirus scale. Among those tested for the virus, the positivity rate in Houston has jumped from 3 percent through much of May to a whopping 13 percent: lower than in Austin, which has posted the highest positivity rate in the country over the last week at 22 percent, but higher than previous hot spots such as Los Angeles (9 percent) and New York City (2 percent).

On Monday, the city’s largest drive-through testing sites reached capacity before noon. The city’s ICUs now are rapidly approaching their maximum capacity, prompting dire warnings from the CEOs of four prominent hospitals about the system becoming “overwhelmed,” and prompting officials to open temporary facilities and erect medical tents in locations including NRG Stadium where the Houston Texans NFL team plays. Already, there are reports that emergency services are being slowed, putting anyone who needs an ambulance, for any reason, at risk. And as more patients are hospitalized, the city’s doctors and nurses, already exhausted, will have to endure even longer hours and more fatigue. Eventually, medical workers say, that will lead to mistakes on the job, the spread of infections among staff and patients, and the kind of staffing shortages that quickly hobbled systems in New York.

“Hospitals have definitely planned to expand above routine capacity, but there’s a limit on all these things,” explained Dr. Puneet Patni, a 46-year-old pulmonary critical care physician affiliated with Baylor St. Luke’s Medical Center who has been treating COVID-19 patients for months.

With the case numbers rising and his patience with reckless behavior eroding, Houston mayor Sylvester Turner has taken to echoing the warnings of health experts on Twitter multiple times each day while urging the public to practice social distancing. His messaging can feel at times like that of a desperate parent cycling through different rhetorical approaches to reining in an unruly teenager. One moment he’s calling for “proper hygiene,” the next he’s announcing plans for a “wall of shame” highlighting the misdeeds of reckless businesses that will be published on the city’s official social media channels. “We all must work together to blunt the progression of #COVID19,” he tweeted Monday, settling on an appeal to goodwill.

Former Houston mayor Bill White, who served from 2004 to 2010 and won widespread praise for shepherding the city through hurricanes Katrina, Rita, and Ike, knows that any government leader rallying Texans during a natural disaster faces a unique challenge: balancing Texans’ strong self of community with their doctrinal beliefs about individual freedom and skepticism of government.

“We took great pains to present united, consistent, bipartisan communications at the local level and to enlist top private sector leadership and nonprofit leadership in response to those disasters,” he said. “It is more difficult for local leaders when people get entirely different messages about the response to the pandemic depending on which cable news channel they watch.”

White’s solution: encouraging both citizens and employers to “stigmatize behavior that could endanger public health,” an approach, he said, that local government has already applied to “motorcycle riders wearing helmets and gun safety education.”

A little more than 24 hours after Turner announced his wall of shame, restaurants in the Heights, a trendy neighborhood not far from downtown, were filling up for dinner service. At the rustic Italian establishment Coltivare, maskless guests filled a patio and lounged in an outdoor garden area. One party, whose members arrived separately, managed to squeeze five onto a single bench. Though tables had been spaced six feet apart, many diners found themselves sitting one or two feet away from strangers, masks tucked into their pockets while dining and chatting and laughing.

Down the street, at Christian’s Tailgate Bar & Grill, the mood was almost festive. Standing a few feet from a sign that said “masks are required!” three maskless, intoxicated patrons wrapped themselves in a sweaty group hug and lingered for more than five minutes. Neither the staff nor the other patrons seemed to notice or care.

Last week, Bobby Heugel, the owner of several well-known bars and restaurants in Houston, complained on Instagram that, in the absence of state and local officials doing so, hospitality workers—the majority of whom lack insurance—were being tasked with forcing customers to wear face masks. He pointed in particular at Spire, a downtown nightclub that filled with partiers over the weekend, despite Governor Greg Abbott’s order for bars to close. The establishment had argued that it was, in fact, a “reception hall,” and thus exempt from restrictions, and photos of the packed club spread over social media.

On Sunday, at the sprawling Galleria mall, thousands poured in from all over the city. Not far from a hand sanitizer station, a sign reading “Healthy Shopper Guidelines” encouraged visitors to wear masks, maintain social distance, and avoid busy stores. Nobody appeared to be tasked with enforcing the flimsy recommendations. Though most shoppers wore masks, it was impossible to avoid individuals and groups who chose not to. Moving from one store to the next felt a bit like dodging traffic while attempting to cross a busy street.

The danger wasn’t limited to reckless shoppers. Throughout the mall, many kiosk workers went without masks. At Gucci, a manager carefully regulated the number of customers entering the store, but at other stores groups of customers came and went on their own. Perhaps no location in the mall seemed as fraught as the ice-skating rink, where maskless skaters huffed and sweated in an endless loop as others followed close behind, frolicking in their respiratory wake.

Scenes such as that, White said, are why local and state leaders need to take more aggressive action. “I know that goes against the grain of folks who want to give individuals a lot of leeway,” he said. “But the very nature of a pandemic is the right of one individual to cough ends where another person’s mouth and nose begins.” 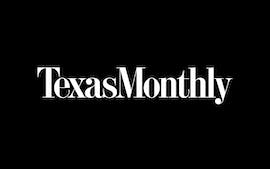