Former University of Texas chancellor William McRaven, who as a U.S. Navy admiral commanded the operation that killed Osama bin Laden, asked President Trump on Thursday to take away his security clearance—one day after the president removed it from a former CIA director who has been critical of Trump.

“I would consider it an honor if you would revoke my security clearance as well, so I can add my name to the list of men and women who have spoken up against your presidency,” McRaven said in an open letter published in the Washington Post on Thursday.

The letter, in which McRaven takes a public political stance for the first time against Trump, comes one day after the White House announced that Trump was revoking the security clearance of former CIA director John Brennan. “Former CIA director John Brennan, whose security clearance you revoked on Wednesday, is one of the finest public servants I have ever known,” McRaven wrote. “Few Americans have done more to protect this country than John. He is a man of unparalleled integrity, whose honesty and character have never been in question, except by those who don’t know him.”

McRaven’s letter is an extraordinary public statement coming from a retired Navy admiral who has long declined to speak out on political issues while serving as chancellor of the UT System. McRaven oversaw the operation under President Obama that resulted in Navy SEALs killing bin Laden in 2011. He took over the UT System shortly after retiring that year and stepped down as chancellor in May. While McRaven has spoken out about the bin Laden operation, he has never publicly expressed any political positions until Thursday’s letter.

“A good leader tries to embody the best qualities of his or her organization,” McRaven wrote in the 229-word letter. “A good leader sets the example for others to follow. A good leader always puts the welfare of others before himself or herself. Your leadership, however, has shown little of these qualities. Through your actions, you have embarrassed us in the eyes of our children, humiliated us on the world stage and, worst of all, divided us as a nation.”

The White House said that Trump decided to revoke Brennan’s clearance because of his “erratic” behavior and “increasingly frenzied commentary.”  However, many, including Brennan himself, in his own open letter published Thursday in the New York Times, have claimed that Trump’s action was politically motivated. Brennan was vocal about his opposition to President Trump and participated in the investigation into Russia’s interference in the 2016 election. His criticisms provoked Trump to tweet this week, quoting a former Secret Service agent, calling Brennan a “stain” on our country.

“John Brennan is a stain on the Country, we deserve better than this.” Former Secret Service Agent and author of new book, “Spygate, the Attempted Sabotage of Donald J. Trump,” Dan Bongino. Thank you Dan, and good luck with the book!

McRaven ended his letter on a resolute note. “If you think for a moment that your McCarthy-era tactics will suppress the voices of criticism, you are sadly mistaken. The criticism will continue until you become the leader we prayed you would be.”

William McRaven spoke with Texas Monthly about patriotism and our American ideals. 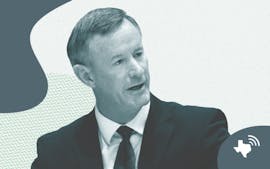 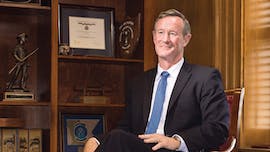