This article was co-published with ProPublica.

Convicted murderer Genene Jones, suspected for decades of killing more than a dozen children while working as a nurse at San Antonio’s charity hospital, offered several chilling confessions while in a Texas prison, according to court testimony by a prosecutor on Wednesday.

During an October 1998 prison interview for a parole review, Jones tearfully told a parole officer “I really did kill those babies,” testified Bexar County Assistant District Attorney Jason Goss, who is leading the prosecution on five additional murder charges. On another occasion, Goss told the court, a fellow inmate wrote the parole board opposing Jones’ release, explaining that Jones had told her: “I didn’t kill those babies. The voices in my head did.”

The alleged admissions surfaced during a pretrial hearing in state court in San Antonio. That’s where Jones, now 67, faces five new murder charges in the mysterious deaths, which took place in the pediatric intensive care unit at Medical Center Hospital in 1981 and 1982.

Wednesday’s hearing was held to hear arguments by the court-appointed lawyer for Jones, who has pleaded not guilty, to have the new charges thrown out. The defense attorney, Cornelius Cox, argued that the decades-long delay in filing charges violates his client’s rights to due process and a speedy trial. Cox did not attempt to rebut the alleged admissions, saying in an interview after the hearing that he was focused on his efforts to have the charges dismissed.

Presiding state District Judge Frank Castro rejected the defense’s speedy-trial argument during the hearing and said he would rule on the defense’s due-process motion later.

Despite long-standing suspicions that Jones was a serial killer—other nurses called her hours on duty “the Death Shift”—she was not charged in the hospital deaths during the original 1980s investigation. However, she was convicted in 1984 of using a paralyzing muscle relaxant to murder 15-month-old Chelsea McClellan. That crime occurred at a different medical institution, a small-town pediatric clinic where Jones went to work after being sent off from the San Antonio hospital with a good recommendation.

Jones received a 99-year sentence for that crime (and a concurrent sentence for injuring another child with a blood thinner in San Antonio). But a short-lived Texas law aimed at easing over-crowding led to her being scheduled for mandatory release last month, after she had served about a third of her sentence.

The news of Jones’ prospective release caused alarm and prompted a new generation of San Antonio prosecutors (Goss was just a year old when the crimes were committed) to seek new murder charges against Jones last year, in an extraordinary bid to keep her behind bars for the rest of her life. District Attorney Nicolas “Nico” LaHood said then that he wanted to “make sure Genene Jones will take her last breath behind bars.” The grand jury indictments, accompanied by appearance bonds of $1 million apiece, have kept Jones in the Bexar County jail since the end of her state prison term.

Cox, the defense attorney, presented testimony from LaHood and two former prosecutors in an effort to prove that the delay in charging Jones was deliberately intended to give the government a tactical advantage.

In rebuttal, prosecutor Goss argued that LaHood simply made a different decision on whether to prosecute the cases than his predecessors had, based partly on his desire to secure justice for the families of Jones’ victims as well as the discovery of new evidence.

The original Jones case generated international headlines, and I wrote about it for Texas Monthly and in a 1989 true-crime book, the Death Shift. At trial and in a 1987 prison interview with me, Jones had publicly maintained her innocence.

Goss took the witness stand to describe the new evidence. It included Jones’ purported admissions, in two separate statements she made more than a decade apart, to two different Texas parole officials, as well as the letter from her fellow inmate.

Prosecutors unearthed the statements—which they characterized as confessions—while combing through thousands of pages of records detailing her 34 years and eight months in a Texas prison.

According to testimony by Goss, they first stumbled across a one-page memorandum detailing Jones’ meeting on May 20, 2011, with Texas parole commissioner Lynn Ruzicka. In it, Ruzicka reported, Jones tearfully stated: “I was not a sane person. I did inject the little girl.” Ruzicka also reported that Jones claimed to have previously made similar comments to a parole officer named “Ms. Ferguson.”

Goss testified today that the DA’s office then tracked down parole officer Marcy Ferguson, who had met with Jones for a routine parole review in late October 1998, after she’d been in prison about 15 years.

Goss, along with a second prosecutor and investigator, went to visit Ferguson, who had retired from the prison system, at her Texas home. There, Goss testified, she told them about her conversation with Jones.

In Goss’ telling, Ferguson reported that Jones first admitted committing the two crimes for which she’d been convicted: murdering one child and harming a second. Then, just as Jones was about to leave the room, she stopped at the door, turned around and sat back down, explaining that she had something else she wanted to “get on the record.”

According to Goss’s summary of Ferguson’s memory, Jones said, “I really did kill those babies.” Ferguson said she began to rummage through her files on Jones’ two convictions when Jones interrupted her to say: “You won’t find them in there.”

According to Goss, Ferguson explained that she understood this to mean “The babies I’m talking about are not the ones I have been convicted of.” Jones allegedly then added that she “didn’t want to see this in Texas Monthly.” Ferguson “didn’t tell anyone else at the time,” according to Goss’ testimony. But she informed the prosecutors that she would “never forget the exchange.”

Goss also testified about coming across the unusual letter opposing Jones’ parole from her fellow inmate. That letter claimed that Jones had blamed voices in her head for the killings.

The five new indictments were handed up between last May and October by two separate Bexar County grand juries. In each case, jurors heard a detailed presentation from prosecutors and tearful testimony from a parent of Jones’ alleged victims, before issuing a new indictment after deliberations lasting less than five minutes.

The new charges involve the deaths of four boys and one girl, ranging in age from three months to two years, between July 1981 and January 1982. Jones, who worked the 3-11 p.m. shift, is variously charged with giving the children overdoses of the anti-seizure drug Dilantin, the blood-thinner heparin, or a “substance unknown.”

The hearing today offered the first instance of Jones appearing to acknowledge committing additional crimes. She professed feeling guilt for an unspecified single crime, however, in a 2011 letter to the Texas Board of Nursing, discovered last July. Responding to formal proceedings to revoke her long-suspended nursing license before her potential release, Jones wrote from prison apologizing “for the damage I did to all because of my crime.” Added Jones: “I look back now on what I did and agree with you that it was heinous, that I was heinous.”

Parents of Jones’ alleged victims sat in the front row at Wednesday’s hearing, along with Petti McClellan, the mother of Chelsea McClellan, who has pressed aggressively for Jones’ renewed prosecution.

Today’s testimony came as Goss and his colleagues race to try the first new Jones murder case—for the death of 11-month-old Joshua Sawyer—by year-end, when political considerations may sweep them out of office.

The reelection bid of their boss, LaHood, ended last month after a bitter Democratic primary race. If Democratic nominee Joe Gonzales, who defeated LaHood, wins the job in November in traditionally Democratic Bexar County, Goss expects he would likely leave the DA’s office, presenting a major setback—or at least delay—in efforts to try Jones. (Republican nominee Tylden Schaeffer says he has confidence in Goss as a prosecutor.)

The uncertainty has added to anxiety among the parents of Jones’ alleged victims, who have vented their feelings privately and on a Facebook message board called “The Victims of Texas Baby Killer–Genene Jones.”

In an interview, Gonzales minimized that issue, saying he is committed to doing whatever is necessary to avoid “jeopardizing or delaying justice for the families of these victims.” If elected, Gonzales said, he would consider keeping Goss on as a special prosecutor. “Even if he does not stay on the case, for whatever reasons, there are certainly other prosecutors as competent as he is to handle such cases,” Gonzales added.

Jones’ court appearance today was only her second since being transferred back to San Antonio late last year. Wearing glasses and looking a bit gaunt, she sat silently at the defense table, dressed in red scrubs marked “Bexar County Jail” on the back.

At the hearing, Cox argued that even if there’s no statute of limitations for murder, the decades-long delay will make it impossible for Jones to get a fair trial. “If there were witnesses or things that could help her,” Cox said in an interview, “now it’s going to be hard….There’s something fundamentally wrong with her not having the ability to defend herself then.” Cox acknowledged that such a motion was “a tough one to win” in Texas.

Prosecutors had privately informed Jones’ legal team of her confessional prison statements, after giving them a deadline for a plea deal that would impose a sentence delaying her mandatory release until after her one-hundredth birthday. The Jan. 31 deadline passed without a response. Cox said consideration of any plea agreement was “just a little bit premature at this point.” 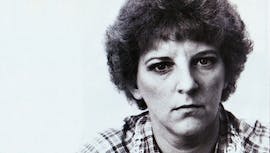 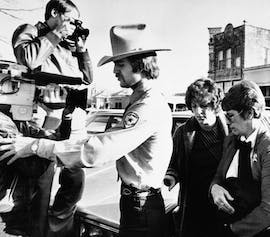 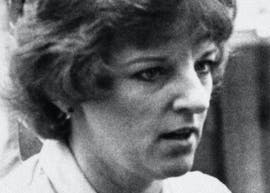 The “Angel-of-Death” Nurse Charged With Death of Second Baby 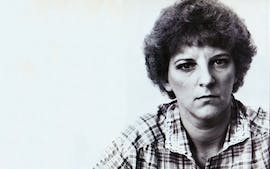