When Texas Monthly recently asked Tony Martinez, the mayor of Brownsville, who was the most powerful person in South Texas, he responded without hesitation: “Alonzo Cantu.”

The mayor knew what he was talking about. If money is a form of power, there are few who play the game as well as McAllen businessman Cantu. The son of onetime migrant farmworkers is a self-made millionaire with a nose for politics. Since 1978, he has gone from building homes and shopping centers to owning a title company, a bank, a soccer team, a basketball team, and a significant stake in a doctor-owned hospital in Edinburg. In the latter capacity, he has helped make a lot of doctors on the border very rich, and they don’t hesitate to return the favor when he directs them to contribute to his preferred candidates.

Cantu tacitly controls the Border Health PAC, the primary conduit for campaign contributions from his medical colleagues that are disbursed to politicians at the local, state, and federal levels, especially those who support doctor-owned hospitals, which were something of a flash point during the Obamacare debates a few years back.

Border Health has consistently ranked among the top ten most generous political action committees over the past decade, and though Cantu tends to lean toward Democrats, especially those who represent South Texas, he isn’t shy about giving to Republicans who vote the way he wants. Last year, when Lieutenant Governor Dan Patrick visited the Valley, the Senate had just shortchanged its funding for UT–Rio Grande Valley’s new medical school. After Patrick met with Cantu, most of that funding was restored. That’s power. 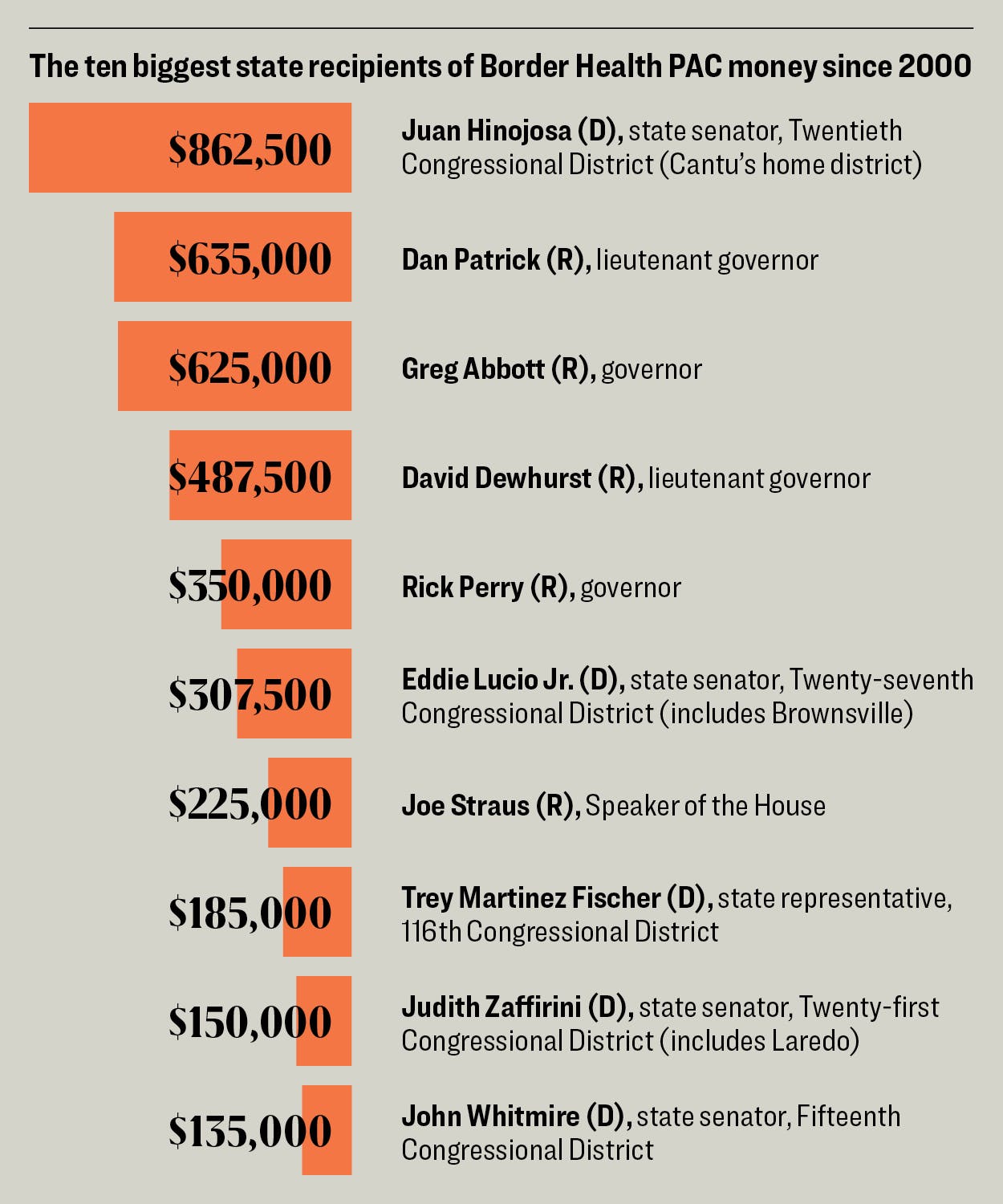 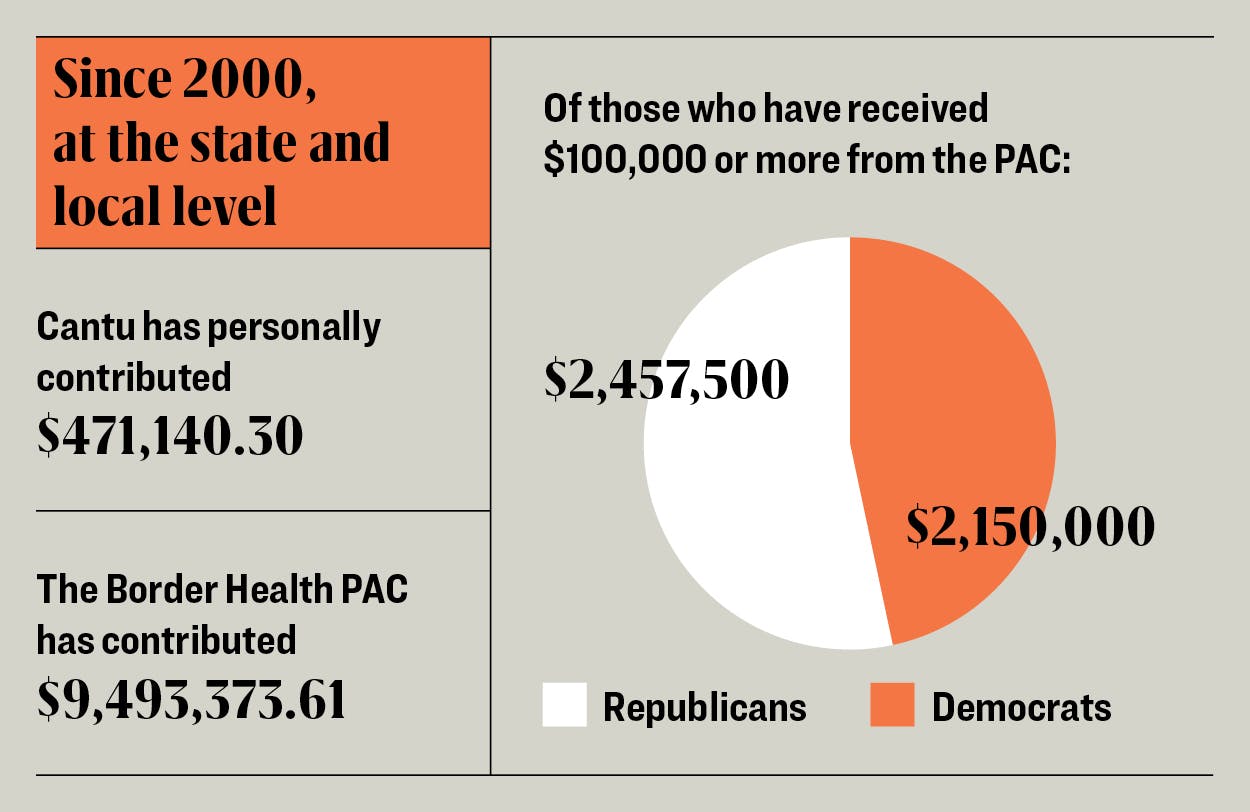 This article originally appeared in the December 2018 issue of Texas Monthly with the headline “Getting Politicians to Pay Attention to the Valley.” Subscribe today.