“It’s the best day of my life,” said Steven Mark Chaney earlier this afternoon, “at least for the past 31 years.” As of today, Chaney, 62, is officially an innocent man, ruled so by the Texas Court of Criminal Appeals. He is also one of the many faces of criminal justice reform in Texas, especially when it comes to forensic science.

As of yesterday—and for the past 31 years—Chaney was considered a convicted murderer. He was found guilty of killing a Dallas couple in 1987, mostly based on the words of two forensic odontologists who said that he had left a bite mark on the arms of one of the victims. In fact, one of the dentists said there was a “one to a million” chance somebody besides Chaney had made that mark.

We didn’t know it back then, but statements like this are downright absurd. You can’t accurately compare a person’s teeth with marks left on a body; the skin is too malleable, sometimes we can’t even figure out if a mark was made by a tooth, and there are absolutely no statistics to back up any kind of analysis. It is an entirely subjective affair.

In 2013 Texas passed a landmark piece of legislation called the junk science law, with which an inmate could file a writ of habeas corpus if his or her conviction was based on outmoded junk science. Chaney’s lawyer—working with the Innocence Project—did just that, and in 2015, armed with a bunch of new evidence showing that forensic odontology was junk science, they convinced a Dallas prosecutor and then a judge that he should go free. In October Chaney walked out, white-haired but smiling, and hugged his family: his mother, wife, and four brothers. But he was still officially a guilty man.

Until now. The CCA’s opinion is long and detailed, concluding, “Chaney has proven that he is actually innocent.”

Soon Chaney will get $2.5 million from the state for his troubles, then a monthly stipend. He’ll use the money to live on and also to support himself in his prison ministry. Ever since he got out, Chaney has gone to the Wynne unit, where he lived for decades, to preach, testify, and play music. “I have a curriculum that targets gang members,” he said proudly.

He was still bewildered at the news when he talked, sitting in his living room with his wife, reading the opinion. “I’m so ready. We have waited so long, it’s been a distant dream for so long. It’s hard to grasp right now. My name is finally cleared. It’s just amazing.” 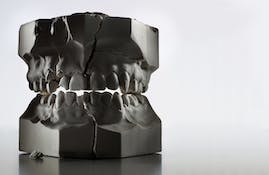