Texas native Reality Winner, the first person prosecuted in the Trump administration for leaking classified information, was sentenced this week to five years and three months in prison—the longest sentence so far under the Espionage and Censorship Act. “Winner’s purposeful violation put our nation’s security at risk” and impaired “the ability of the United States to acquire foreign intelligence information similar to the information disclosed,” U.S. Attorney Bobby Christine told reporters after the sentencing. Christine added that Winner’s sentence was a warning to “others who are entrusted with our country’s sensitive national security information and would consider compromising it.”

President Trump later tweeted about the case, calling it “small potatoes compared to what Hillary Clinton did.”

Ex-NSA contractor to spend 63 months in jail over “classified” information. Gee, this is “small potatoes” compared to what Hillary Clinton did! So unfair Jeff, Double Standard.

Winner is a Kingsville native who joined the Air Force after graduating high school. During her time in the military, Winner worked as a linguist and translator in Arabic and Farsi with the National Security Administration in Fort Meade, Maryland. She later left the military and moved to Augusta, Georgia where she worked as a contractor translating Farsi for the NSA. It was while contracting in 2017 that she printed out and mailed a classified document regarding Russian attempts to interfere with the 2016 election.

The Intercept, which published a story about the document two days after Winner’s arrest, released a statement after Winner’s sentencing on Thursday. Betsy Reed, editor-in-chief of the Intercept, admits that the outlet had “shortcomings” with how they handled the classified document and refers to Winner as a “conscience-driven whistleblower whose disclosure helped protect U.S. elections.” Reed also mentioned that the information provided in the document Winner leaked was recently confirmed in indictments from Special Counsel Robert Mueller on Russian election interference.

In June, Winner pleaded guilty to one count of unauthorized transmission of national defense information, a felony under the Espionage and Censorship Act, which carries a maximum sentence of ten years. The 63-month sentence followed by three years of supervised release is a plea deal Winner was encouraged to accept by both the defense and prosecutors. Her sentence “would be the longest sentence served by a federal defendant for an unauthorized disclosure to the media,” prosecutors said in a court document.

“I don’t feel like what she did should be under that category of espionage,” Bille Winner-Davis, Winner’s mother, told the Corpus Christi Caller-Times. “I don’t agree with her being used as an example.”

Winner’s defense requested that she serve her sentence at the Federal Medical Center, Carswell, a federal prison in Fort Worth, where she can get treatment for her bulimia and be closer to her family in Kingsville. On Thursday, Judge J. Randall Hall Judge agreed to make the recommendation to the Federal Bureau of Prisons for Winner that she be detained in Texas.

“Even though it’s like seven hours away from home, it would still mean that she’s back home in Texas,” Winner-Davis told the Caller-Times. “And that’s where she wants to be.” 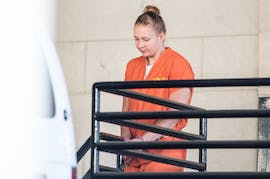 What We Know About Reality Leigh Winner, the Texan Charged Under the Espionage Act 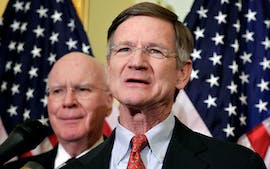