The New York Times reports that 95 percent of the Texas refineries that closed or partially closed during Harvey are back in production or about to restart. The nation’s second-largest refinery, located in Baytown and owned by Exxon Mobil, began to resume operations on Friday.

During a standard day, the Baytown refinery processes 585,000 barrels. Exxon CEO Darren Woods told CNBC, however, that meeting that number, reaching full production, would take “the next several weeks,” due to significant flooding at the site. The refinery’s floating roof “partially sank” during the hurricane because of heavy rain, the company stated in a regulatory filing to the Texas Commission on Environmental Quality.

Exxon’s Beaumont refinery, which processes 363,000 barrels a day, is still offline, also because of floodwaters. As of September 8, two weeks after Harvey, some roads in the town remain underwater.

The port of Houston is open, and oil tanker traffic has returned to healthy levels, says financial trader Samir Madani, co-founder of TankerTrackers.com. Other ports along the Texas coast are returning to normal operations as well.

According to AAA, which tracks gas prices nationwide, “the storm’s impact continues to drive up gas prices across the country.” “Remnants of Harvey [are] expected to drive gas prices through the month,” the motor club posted on its website. As of Saturday morning, the Texas average gas price was $2.54 per gallon, the highest of the year, and up eleven cents from last week. In what could be the sign of a slowdown in increases, today’s price held steady from Friday’s. 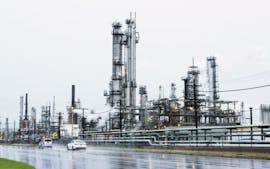 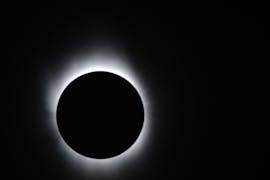 This Week in Texas Energy: Will Next Week’s Solar Eclipse Turn the Lights Out in Texas? 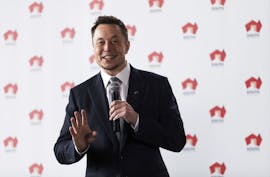 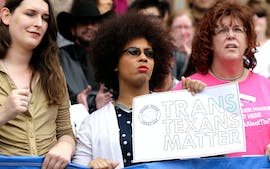 This Week in Texas Energy: Texas Big Oil Comes Out Against the Bathroom Bill