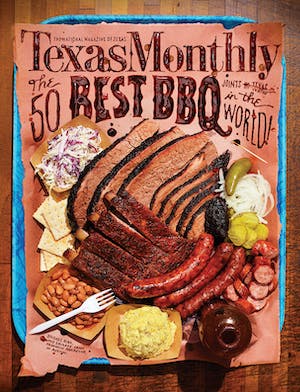 The ancient pyramids of Giza rise up from the Egyptian desert not far from the Nile. Built 4,500 years ago with great effort and expense, they once contained all the wealth and all the symbols of power that the pharaohs thought they would need in the afterlife. Building the pyramids became so consuming that a pharaoh’s reign could seem to have no other purpose than to construct this legacy.

American presidents don’t build pyramids, or at least none has yet. Instead, they create libraries, which contain a certain amount of wealth and a number of symbols of power but mostly contain information that students of history will use to construct a president’s afterlife. These libraries are built with private funds, some raised by the presidents during their second term in office, it being easier to raise money when you are president than when you are not. Then the new buildings and their contents are donated to our government, where they are run by the National Archives and Records Administration. The newest such institution—and the third one in Texas—is the George W. Bush Presidential Library and Museum, which opened May 1 on a large tract of land in Dallas between Central Expressway and Southern Methodist University. (The whole building is called the George W. Bush Presidential Center since it also houses a public policy center called the George W. Bush Institute.)

Although he did publish a memoir, our forty-third commander in chief had made few post-presidential public appearances until the center’s opening ceremonies in late April. After leaving office he retreated to a private life in Dallas and on his nearby ranch. He famously took up painting and recently became a grandfather. I’m not implying any calculation—a glittering social life didn’t interest him before he became president, and it evidently interests him even less now—but his low profile has turned out to be an effective strategy for polishing his reputation.

While in office, Bush was the most unpopular president in modern history. During the final two years of his second term, his approval rating never rose above 40 percent. By October 2008, just three months before he left office, it had plummeted to a dismal 23 percent. That low rating reflected dissatisfaction with the war in Iraq, anger over the government’s bungling after Hurricane Katrina, frustration with Bush’s perceived mishandling of the economy, worry about the deterioration of our relations with the rest of the world, and a general loss of patience with Bush and his personality. But today, 47 percent of Americans believe he did a good job as president. Some of that improvement may be due to what physicians call the “tincture of time.” In medicine and in politics, sometimes the best thing to do is nothing.

The Bush library, however, is a step forward, not a retreat, and it has not been created with the intention of making Bush’s approval ratings worse. Instead, just as with all other presidential libraries, the museum is where the president makes a case for himself to the visiting public, and the library is left to the scholars to sort through and make of things what they will.

Following this predictable pattern, the exhibits in the Bush museum skillfully, even beautifully portray Bush as a modest but brave everyman who did the very best he could. The exhibits are arranged roughly chronologically from Bush’s beginnings through his eight years as president. Those devoted to his early years stress his Texas roots and try to make him out to be as rural as a son of Midland and a graduate of Yale can be. And that is a pose Bush himself likes to strike. But elsewhere, what isn’t there is more revealing than what is. In the display devoted to the 2000 election, there is a Bush/Cheney bumper sticker that appears with the suddenness of a smack. “Oh, yeah,” the visitor thinks. “Cheney. He was part of this.” Except for that bumper sticker, the extraordinarily unpopular Cheney and the other people Bush chose to serve with him are mostly absent from the museum, while Bush’s two beloved black Scottish terriers get not only a statue but a vitrine containing their water and food dishes and a deflated soccer ball they liked to play with.

The exhibit that has inspired the most comment is called the Decision Points Theater. Visitors are presented with four situations from the Bush years: the financial crisis, Katrina, the invasion of Iraq, and the surge in Iraq. At a console the visitor can hear various advisers recommending different courses of action. The visitor chooses a response, then Bush explains what he actually did and why. The whole experience is dramatic, confusing, and fun and forces the visitor, whether initially willing or not, to empathize with Bush. “Don’t like what I did?” he seems to be saying. “Then you give it a try.” The exhibit is brilliantly crafty, which, I suppose, is about as good a two-word description of Bush as there is.

What’s missing from the museum is any evidence of a clear triumph for Bush, other than the military victory that deposed Saddam Hussein in Iraq. There is a lot of talk about freedom—free people and free markets—but Americans were hardly so enslaved under Bill Clinton that they needed Bush to set them free. The one major accomplishment he can claim is that after 9/11 the United States was never attacked on its home soil during his presidency. If that is the measure of his tenure, then his antiterrorism strategy, including the wars in Iraq and Afghanistan, worked. It’s almost impossible, though, to construct an effective museum exhibit about something that didn’t happen, especially one that portrays that non-event as the crowning achievement of your time in office.

But that’s exactly what it may turn out to be. The truth about Bush lies waiting, not in the museum, but in the endless rows of archival boxes and eighty terabytes of data that make up the presidential library. The museum is certainly a pleasant diversion. Learning the truth, however, will require years of sifting through all those files and emails.