Transportation edged out electricity as the biggest source of carbon emissions last year in the United States, the first time this has happened since 1978, Bloomberg reported this week, citing data from the U.S. Energy Information Administration.

This led Bloomberg to declare the transportation sector—which includes cars, trucks, trains, planes, and boats—”America’s New Pollution King.” And this trend is continuing in 2017, as U.S. Energy Information Administration data for the first eight months of the year for the transportation and electricity sectors shows. 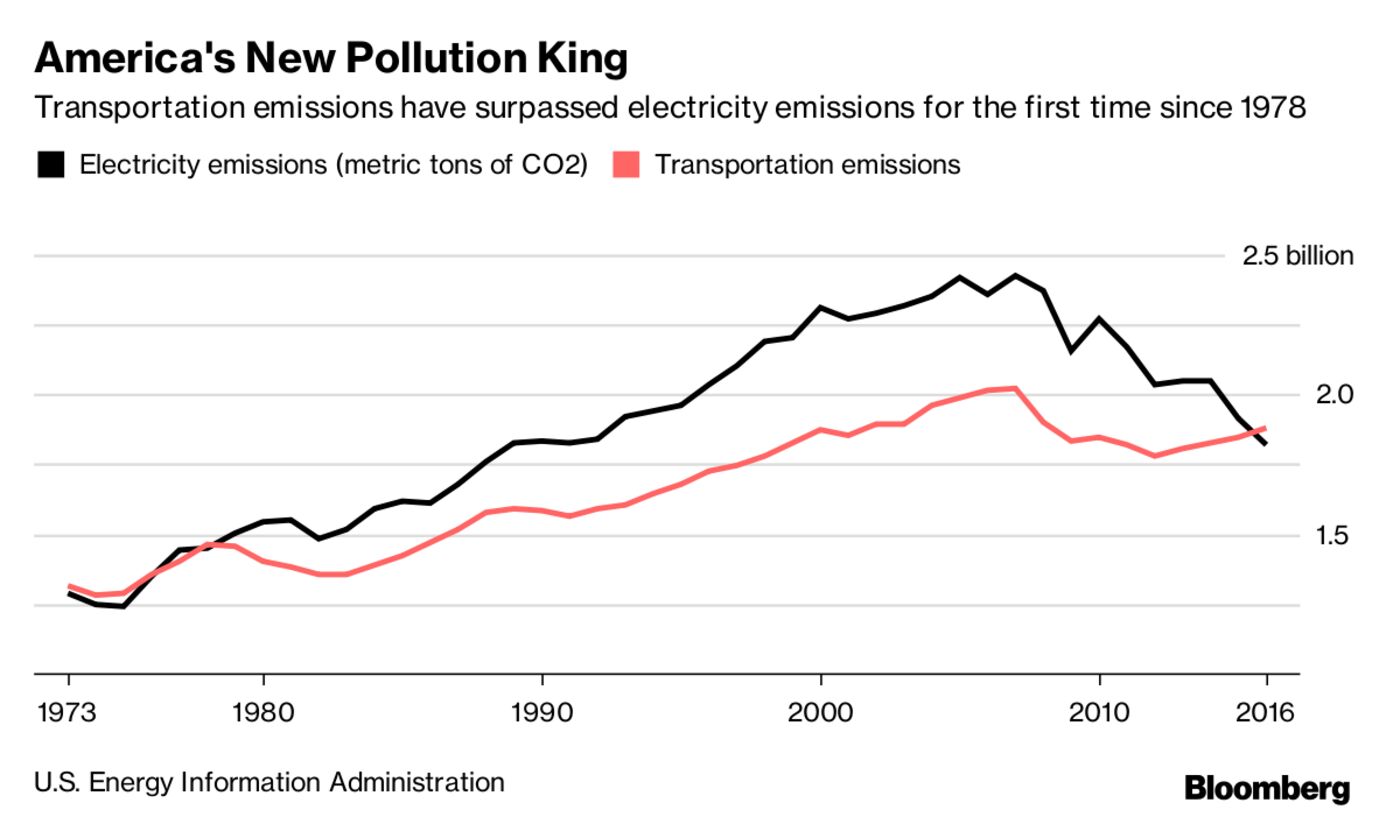 As Bloomberg‘s Tom Randall writes, “The big reversal didn’t happen because transportation emissions have been increasing. In fact, since 2000 the U.S. has experienced the flattest stretch of transportation-related pollution in modern record keeping. . . The big change has come from the cleanup of America’s electric grid.” It’s not that we’re using less electricity these days, we’re just increasingly getting it from cleaner sources, like natural gas and renewables, and retiring coal plants, so the carbon footprint of the sector is dropping off.

Emissions from transportation will trend downward in coming years and decades as electric and hybrid vehicles gain a larger foothold. “Investments in electric cars may soon begin to do to the transportation sector what wind and solar have done to the power sector: turn the pollution curve upside down,” Randall continues. And as electricity sources get greener, so does the overall carbon footprint of these EVs and hybrids.

No, Shading Your AC Unit With an Umbrella Won’t Help. But We Talked to an Expert About What Will.

Solar Power Is Bailing Texas Out This Summer