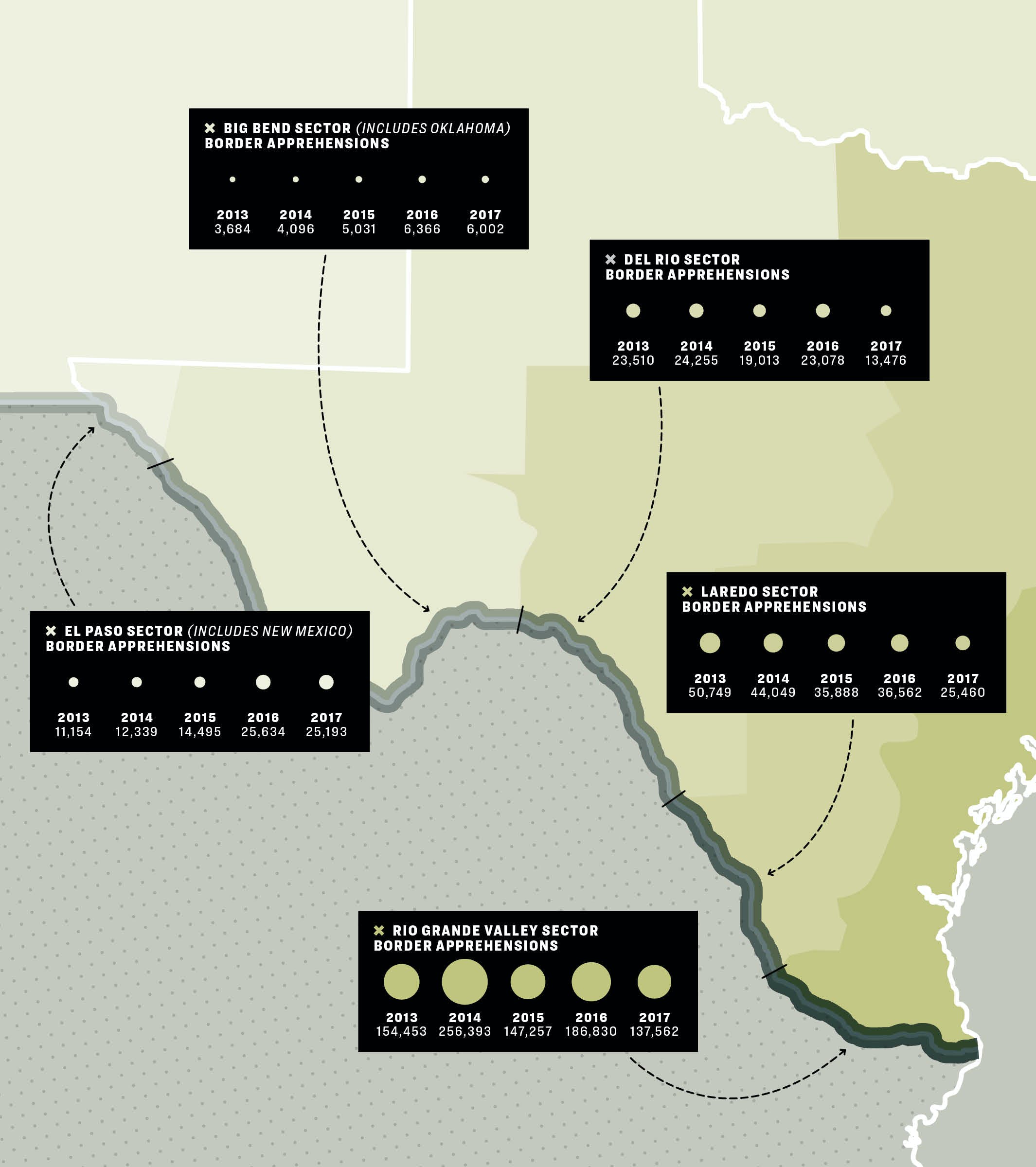 Few promises that Donald Trump made during his presidential campaign were more controversial than his pledge to shut down illegal immigration. But while Trump has failed to keep many of his promises, he has made good on that one. Statistics released by the federal government reveal that the number of immigrants apprehended while attempting to cross the Mexican border dropped radically during fiscal year 2017 (October–September). In fact, the numbers are the lowest seen since 1971. 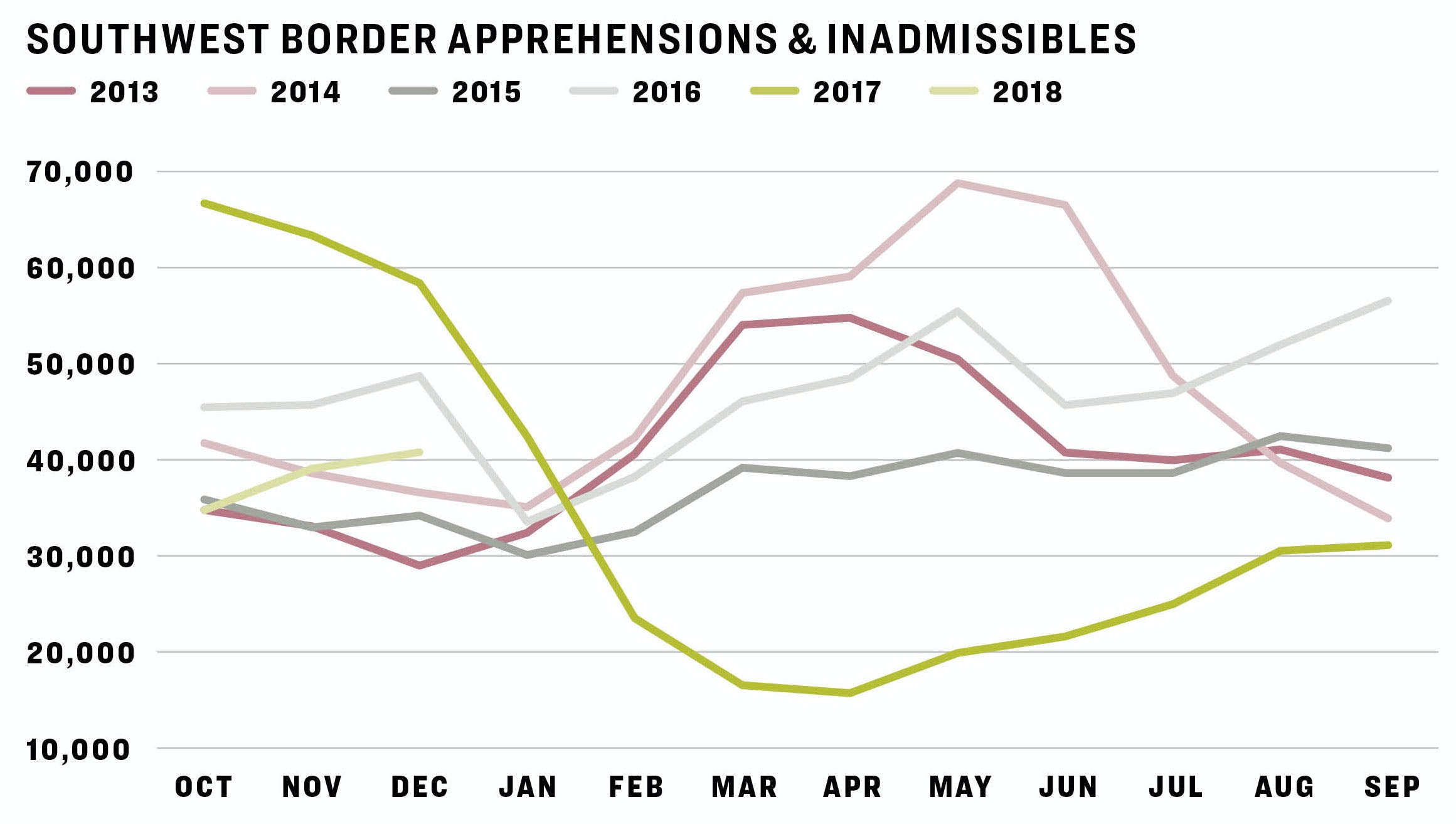 During fiscal year 2017, 415,191 immigrants were apprehended or denied admission along the Mexican border, a 26 percent drop from the previous year. But that number—which encompasses Texas, New Mexico, Arizona, and California—actually underestimates the Trump effect, because it includes nearly four months of Barack Obama’s administration, inflating the numbers a bit. It should be noted, though, that by this past December (part of fiscal year 2018), the numbers had crept back up to recent historical norms.

The U.S.-Mexico Border Is Not Just a Line on a Map

By Mary Cantrell, Big Bend Sentinel
The Stand Up Desk