Update 3, 5:30 p.m.: U.S. Rep. Lloyd Doggett told the Austin American-Statesman that a second explosive package was discovered at a FedEx facility in Southeast Austin, near Austin-Bergstrom International Airport. “They’re trying to figure out how to open the package without destroying it,” Doggett told the Statesman.

Update 2, 4:30 p.m.: FedEx issued a statement regarding the explosion in Schertz this afternoon. “FedEx has confirmed that a package detonated at a San Antonio FedEx Ground facility early this morning. We have also confirmed that the individual responsible also shipped a second package that has now been secured and turned over to law enforcement. We are thankful that there were no serious injuries from this criminal activity. We have provided law enforcement responsible for this investigation extensive evidence related to these packages and the individual that shipped them collected from our advanced technology security systems. The safety and security measures in place across the FedEx networks are designed to protect the safety of our people, customers and communities, and to assist law enforcement as appropriate.”

Update, 1 p.m.: We have removed information attributed to San Antonio police chief William McManus, who said at a press briefing earlier in the day that there was a second package containing an explosive device found at the FedEx facility in Schertz. McManus said later that he misspoke, and there was no second explosive package.

A package headed for Austin exploded at a FedEx facility in Schertz, just northeast of San Antonio, early Tuesday morning. Later that same day, a second explosive package was found at a FedEx facility near the Austin-Bergstrom International Airport—investigators are handling the package extremely carefully in an attempt to glean whatever information they can from it, hoping to uncover any leads that might put an end to a string of deadly bombings that have rocked Austin this month.

MAJOR INCIDENT SCHERTZ TEXAS AREA. This is what we have gathered unofficially:
Shortly after 12 midnight, a package destined for Austin, Tx detonated at the FedEx distribution facility located at 9935 Doerr Lane. The package was said to have contained nails and shrapnel.

The first package blew up inside the Schertz facility’s sorting area at about 12:30 a.m., according to the Schertz Police Department. One woman received medical attention after she said the explosion made her ears ring, but otherwise there were no serious injuries. The explosion sparked another tense day about 70 miles away in typically serene Austin, where four bombs—three disguised as packages and one triggered by a trip wire—have killed two and injured four over a span of seventeen days. Federal investigators swarmed a total of three scenes today—the Schertz FedEx, the FedEx near the Austin airport, and a third package delivery store in the quiet Southwest Austin municipality Sunset Valley, where authorities said they believe the Schertz package may have originated.

Authorities officially confirmed Tuesday evening that the packages discovered today are connected to the previous four Austin bombings. Earlier in the afternoon, FedEx released a statement indicating that they were able to collect evidence regarding the sender of the package that exploded in Schertz, and that the evidence had been provided to authorities. They also acknowledged that they’d received a second package from the same individual, which they’d also turned over to investigators.

It’s unclear if that package is the same one confirmed by U.S. Rep. Lloyd Doggett. After being briefed by investigators, Doggett, a Democrat from Austin, told the Austin American-Statesman that an explosive package was found at a FedEx facility in Southeast Austin, near the airport, hours after the Schertz explosion. “They’re trying to figure out how to open the package without destroying it,” Doggett told the Statesman late Tuesday afternoon. The information given to investigators by FedEx and the unexploded package could provide key evidence toward catching the person (or people) who police have referred to as a “serial bomber” targeting the area. Investigators have said they are uncertain of any specific motive or ideology that may be behind the attacks, and as late as Monday afternoon authorities said they had no suspects or significant leads.

Austin mayor Steve Adler told Spectrum News Tuesday morning that he believes the Schertz explosion seems to be related to the Austin bombings after talking with investigators, and Austin police chief Brian Manley said in a statement that his department “is aware of the incident” in Schertz and “is working closely on the investigation” with federal authorities. “I want to continue to remind our community to pay close attention to any suspicious device whether it be a package, a bag, a backpack or anything that looks out of place, do not approach it,” Manley said. “Call 911 immediately.”

Mayor Adler: After speaking with officials, this one in #Schertz seems to be related/hopefully it'll provide a missing piece to the puzzle. [re: how does this new explosion change the direction of the investigation?]

Tuesday morning’s explosion came two days after a trip wire triggered a bomb that injured two men in Southwest Austin. On March 12, two separate packages exploded, one killing 17-year-old Draylen Mason and injuring his mother at their East Austin home, and the other injuring 75-year-old Esperanza Herrera in Southeast Austin. Anthony Stephan House was killed on March 2 when a package exploded at his home in Northeast Austin. Manley said after the fourth bombing on Monday that this looks to be the work of a serial bomber.

Police originally said they weren’t ruling out the possibility of a hate crime, because the first three suspects were minorities, and Mason and House in particular had ties to prominent members of Austin’s African-American community. But the fourth bombing appeared to be more random—a trip wire on a sidewalk that could have been triggered by any pedestrian who walked by—than the first three, and it injured two white men. Manley said Monday that investigators still haven’t ruled out the possibility of a hate crime, but added the explosion “does change the concerns that we had initially.”

Meanwhile, the White House had been silent on the bombings until Tuesday, when press secretary Sarah Sanders released a statement saying that President Donald Trump “mourns for victims of the recent bombings in Austin,” and that the White House is monitoring the situation. “There is no apparent nexus to terrorism at this time,” the statement added.

.@POTUS mourns for victims of the recent bombings in Austin. We are monitoring the situation, federal authorities are coordinating w/ local officials. We are committed to bringing perpetrators of these heinous acts to justice. There is no apparent nexus to terrorism at this time.

Trump directly addressed the bombings later on Tuesday, saying that they are “terrible” and that the individual or individuals responsible “are sick people, and we have to find them as soon as possible.”

Trump calls the Austin bombings "terrible" and says those behind them are "sick people" pic.twitter.com/TdMmSCu3qO 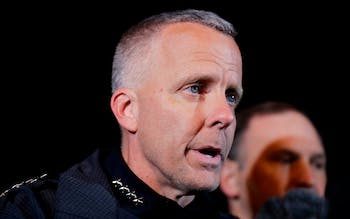 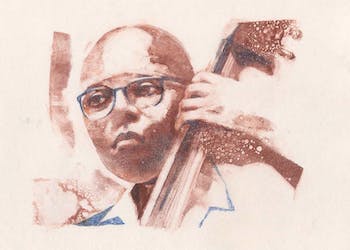 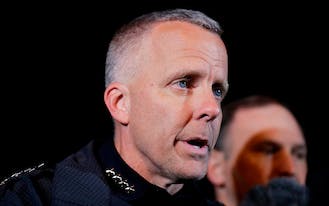 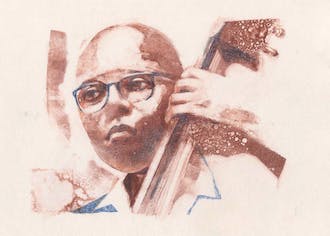 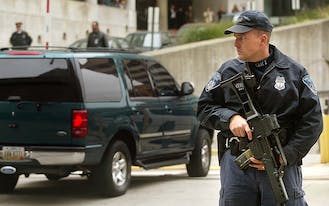 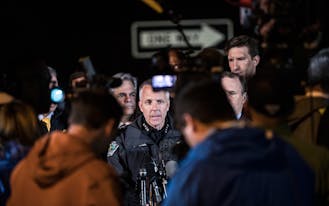