Botham Shem Jean’s murder by off-duty police officer Amber Guyger captivated Texas, and the nation. So has Guyger’s trial, which kicked off in Dallas on September 23 and ended with the jury finding Guyger guilty of murder and sentencing her to ten years in prison, to the surprise of many. Since 2005, just three other officers in the entire country have been convicted of murder and had their convictions stand.

Jean, born on the Caribbean island of Saint Lucia, was a highly motivated and conscientious young man, a leader of his church choir who regularly returned home to volunteer with at-risk youth and a local orphanage. An accountant by training who had recently been hired by a major international firm, he was at the start of a long and promising life. Jean was exactly the kind of fellow you would want as a neighbor.

On the night of September 6, 2018, Jean was at home in the Dallas apartment complex where Guyger lived in the unit beneath him. He was on his couch, watching TV and eating ice cream, when Guyger, coming off a 13-hour shift and still in her uniform, walked into Jean’s apartment, apparently thinking it was her unit on the floor below. Guyger claims Jean moved toward her, and she responded by firing her gun twice, hitting Jean once. Realizing she’d messed up, she called 911 while simultaneously texting her partner, a fellow officer, to come over. She testified that she tried to administer first aid, but there was no blood on her uniform, which seemed to indicate that she hadn’t tried especially hard.

The natural inclination at the time was to slot Jean’s murder into the many well-publicized recent cases of what police departments euphemistically call “officer-involved shootings,” especially those that involve a white officer and a black victim. In truth, it didn’t fit perfectly, which is perhaps one reason why this case actually ended in a conviction. One reason it’s been so hard to convict officers who’ve used deadly force when it seemed unnecessary is that they were on duty, and could claim that they feared for their lives and acted reasonably. Guyger wasn’t on duty. At the time of the shooting, she was essentially a civilian with a gun.

And yet, it still seemed at times like the cloud of legal protection that police enjoy would cover Guyger, too. When Dallas police quickly descended on Jean’s apartment with a search warrant that enabled them to look for drugs, finding a small amount of marijuana, the script seemed familiar. When the judge instructed the jury yesterday that they were allowed to consider legal questions surrounding the castle doctrine, which Guyger’s legal team had attempted to employ in their defense, it gave people on social media the sinking feeling that an acquittal was coming, even though it seems to have been the kind of minor procedural question that often pops up in trials.

Because of the unusual facts of this case, it’s hard to say a conviction represents a major step forward in holding police officers who do wrong to account. But the fact that Guyger was convicted—and convicted on the charge of murder, not a lesser one of manslaughter—is a relief. No country can rightly be called free in which an (off-duty!) agent of the state can break into a person’s home, kill them, and face no consequences.

Updated: The story was updated on October 2, 2019, to reflect that the jury sentenced Guyger to ten years in prison. 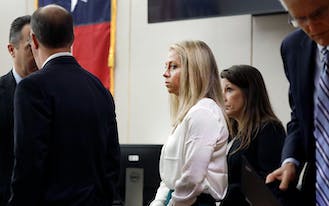 If the ‘Castle Doctrine’ Can Justify Botham Jean’s Shooting, the Law Itself Is the Problem 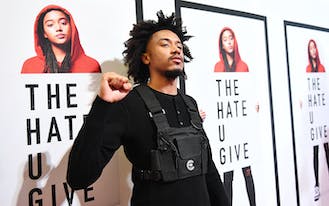 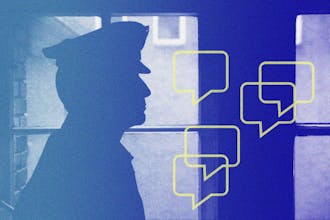 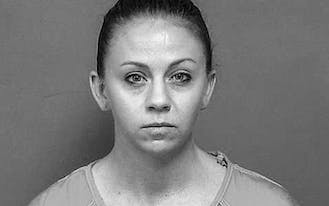