Thursday marks Day 20 of the government shutdown, and there’s no end in sight as President Donald Trump arrives in South Texas to try to build support for his planned border wall, the catalyst for the shutdown and a project that most Americans overwhelmingly oppose, according to recent polls.

Here are some of the ways the shutdown has affected Texas.

Federally funded housing programs are in jeopardy as the shutdown stretches on. According to CNN, the Department of Housing and Urban Development hasn’t been able to renew about 1,650 contracts with private building owners who rent to low-income Americans and an additional 550 contracts are set to expire next month. As the Washington Post reported, HUD has resorted to asking landlords to dip into their reserves rather than evict tenants. That’s particularly bad news for Texas, which has been experiencing an affordable housing crisis since long before the shutdown. Already the impact of the shutdown is being felt in Austin, where a development project that included 122 apartments earmarked for low-income residents is being delayed because the developers had applied for a HUD loan that is still in process, according to the Austin American-Statesman. Homebuyers are feeling a similar strain—one couple were set to close on their “dream home” in rural Cedar Creek, but after applying for a loan from the Department of Agriculture, their plans are on hold indefinitely, KXAN reported.

Many Texans who were affected by Hurricane Harvey are still waiting for federal aid, and the shutdown won’t make it any easier to get that aid. According to Houston Public Media, Harris County is putting a hold on Harvey recovery projects that relied in part on federal money. According to Politico, HUD can’t issue guidance to state agencies on how to apply for billions of dollars in aid to help prepare for natural disasters, and KXAN reported that Texas Land Commissioner George P. Bush wrote a letter to Mick Mulvaney, Director of the Office of Management and Budget, asking for help. “The GLO has provided information to HUD on what type of mitigation projects would best serve those impacted by Hurricane Harvey,” Bush wrote, according to KXAN. “This collaboration was done in part to help expedite publication of the rules governing these funds in the Federal Register. Unfortunately, the publication of these rules has been considerably delayed. I am writing to ask you to please approve these rules for publication as soon as possible so we can get started on construction of vital infrastructure projects to protect Texans from the type of damage caused by Hurricane Harvey. We cannot afford to wait any longer.”

Another example of the shutdown making an already bad situation worse is immigration court, where immigration cases continue to backlog. There are currently more than 119,000 backlogged cases in Texas alone, according to the most recent data from Syracuse University’s Transactional Records Access Clearinghouse research center, and the shutdown is forcing the delay of more cases than usual because immigration judges have been furloughed.

“For all of the non-detain cases, which is the majority of our cases that are pending before the court, they have all come to a standstill,” Ashley Tabaddor, president of the National Association of Immigration Judges, told The Hill on Wednesday. “Thousands of cases a day are being canceled and they will have to be rescheduled once the shutdown is over but that is going to be another monumental task to deal with when we return.” Non-detain cases include those who are not being held in detention while their cases are in process. Cases cancelled during the shutdown likely won’t be rescheduled until next year at the earliest.

One of the most visible impacts of the government shutdown nationwide is the heaps of garbage and actual poop piling up in our national parks. Texas has sixteen sites controlled by the National Park Service, and while these sites have remained open throughout the shutdown they have not been fully staffed, as employees have been furloughed.

Related: How Texas Parks and Historic Sites Are Dealing With the Government Shutdown

That’s stopped some from visiting the parks, which has had an impact on businesses surrounding landmarks like Big Bend. According to the Austin American-Statesman, some hotel owners had numerous cancellations during what would have normally been peak holiday time, an economic hit that is rippling through other businesses, like restaurants and gas stations, in small towns near West Texas’s national park sites.

On the flip side, those who have chosen to hike and camp in Texas’s national parks despite the shutdown face more risk than they normally would, since emergency services are limited due to the shutdown. Austinite Joshua Snider slipped while scaling some boulders in Big Bend on Christmas Eve and broke his leg, and was nearly stranded with his hiking partner until a family of four passed by. They helped carry him nearly two miles until they met a park ranger who was working on a volunteer basis; the park ranger carried Snider on his back for two hours, the rest of the way back to his car. “If there wasn’t a shutdown, I probably would’ve been able to get out in a more efficient way,” Snider told Newsday.

Texas farmers who depend on federal aid are out of luck during the shutdown. Farmers here have been unable to apply for the benefits of the recently signed U.S. Farm Bill, a massive subsidy package meant to help struggling farmers. Local USDA offices are closed, and the agency’s website is inactive during the shutdown, meaning farmers can’t apply for aid and won’t be receiving any new loans or grants, according to Waco’s KWTX.

If you planned to drink your way through the shutdown, you may want to ration your alcohol. According to the Dallas Morning News, the Treasury Department’s loss of funding means some Texas wineries and breweries hoping to roll out new beverages can’t get federal approval of labels allowing their products to be sold across state lines. Permits for new alcohol-related facilities are also on hold.

Some federal employees are required to work throughout the shutdown without pay, like corrections officers and Border Patrol agents, which presents additional challenges.  “Staff is required to stay on point and have their wits about them,” corrections officer and union representative Christopher Boss told the Beaumont Enterprise. “If people are worried about their financial status and not focused—that’s when people get hurt.” U.S. Representative Will Hurd, a Republican from Helotes, has made the national cable news rounds advocating for Border Patrol in particular to receive pay despite the shutdown, while criticizing Trump’s portrayals of immigrants as dangerous. “If this is a crisis,” Hurd told CNN on Wednesday, according to the Washington Post, “the people dealing with this crisis should get paid.” 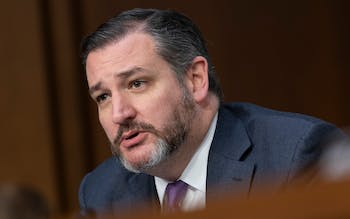 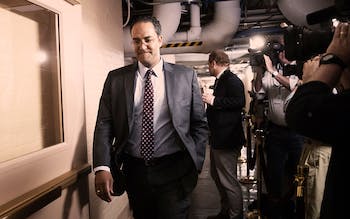 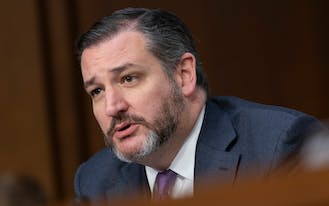 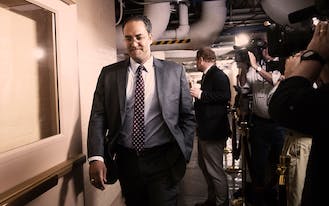 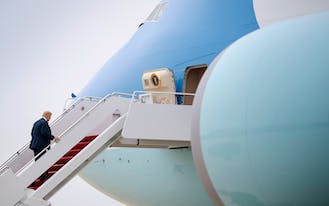 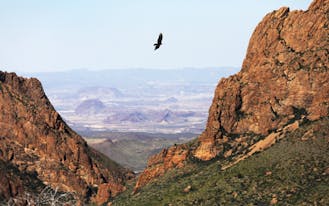