For decades, Houston has been a city with one of the nation’s most pragmatic sales pitches: Move here for big-city opportunities at a small-city price. Not a fan of swarming mosquitoes, punishing hurricanes, and soul-melting moisture? What if I told you that you could barricade yourself away from all three inside a sprawling single-family home on one acre near good schools and golf courses for under $200k? Still not sold? Two words: “backyard grotto.”

Though we don’t have up-to-date grotto figures, several million people found Houston’s sales pitch compelling enough to move to the Bayou City in recent decades, with the region gaining 1.1 million residents since 2010 alone, according to the Greater Houston Partnership. Outside a few ritzy pockets intimately tied to oil prices, the city evolved into a sprawling mass of suburban affordability—a Levittown on steroids for the new American South.

Unfortunately for prospective Houstonians, a crucial downside to all that sprawl has arisen, one that has nothing to do with catastrophic flooding. While the seemingly endless suburban growth has traditionally offered the city the veneer of affordability, the sprawl has also spiked transportation costs, so much so that the city’s combined transportation and living costs now place it on par with New York City (cue the early nineties Pace Picante sauce commercial).

That’s one of the big takeaways from a new report by the Citizens Budget Commission, a nonprofit civic organization that crunched 2016 housing and transportation data from the U.S. Department of Housing and Urban Development.

Monthly median housing costs in Houston in 2016 (the most recent year data was available) were $1,379, nearly $400 less than New York City. However, median transportation costs were $1,152, a figure 38 percent higher than for New Yorkers. In total, the study found, living in Houston was only $79 cheaper each month than New York.

Furthermore, when considering housing and transportation costs as a percentage of income, Houston (and Dallas–Fort Worth, for that matter) appear significantly less affordable than cities with much more expensive housing, including New York, San Francisco, Chicago, and Boston. The annual median household income in Houston was just under $61,000 in 2016, while in New York that same figure was just over $69,000. As a result, Houstonians spend just under 50 percent of their income on those combined costs, whereas New Yorkers spend just over 45 percent.

Houstonians hoping to reduce their transportation costs by moving closer to the city center may find themselves out of luck. Gentrification has transformed the urban core of multiple Texas cities since the nineties, according to a report released last week from the Federal Reserve Bank of Dallas. “Similar to other large U.S. metros, major Texas metros have experienced the greatest increases in college-educated residents in areas closest to the city center, with lesser changes occurring farther away,” the report notes, adding that a new generation of urban dwellers have been lured by the promise of restaurants, nightlife, high-paying jobs and a distaste for commutes.

These high costs for Houstonians seem hardly to be slowing population growth, though the story behind that is also more complicated than it’s typically understood to be.

“The region saw fewer births last year, an uptick in deaths, and a significant number of residents leaving Houston,” the Greater Houston Partnership noted in May. “If not for a surge in international migration, Houston’s population growth would have been weaker still.” Yet the region still added more than 90,000 residents in 2018, with each county gaining population. Some experts expect a gain of well over 1 million people in the metro over the next decade. 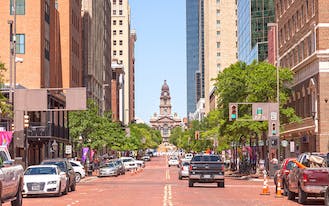 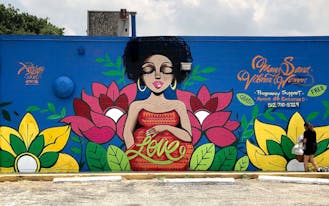 A Mural, Painted Over in East Austin Last Year, Has Been Repainted on the North Side