On Friday, in the aftermath of the shooting at Santa Fe High School, one video clip stood out to me. The suspect, Dimitrios Pagourtzis, hadn’t yet been identified and neither had the ten victims, but journalists were already interviewing students from the school to understand what took place that morning. In what’s now a viral video clip, a reporter asks a student if she was in disbelief that such a shooting could take place at her school. Even before he’s finished asking the question, the student begins shaking her head.

“No, there wasn’t,” she says. When the reporter asks her why, the girl responds, “It’s been happening everywhere. I’ve always kind of felt like eventually it was going to happen here too, so—I don’t know. I wasn’t surprised, I was just scared.”

Interviewer: “Was there a part of you that was like, ‘This could not happen at my school?’”

There’s a sentiment that often circulates the internet when school shootings happen. Like that Onion article that’s repeatedly updated with new names, locations, and dates after every mass shooting, I’ve seen some version of this tweet from British commentator Dan Hodges countless times in the last few years: “In retrospect Sandy Hook marked the end of the U.S. gun control debate. Once America decided killing children was bearable, it was over.” Along with seven adults, twenty first graders were killed that day in 2014. And, as Hodges said, the level of inaction after that shooting in particular spoke volumes about who and what American adults are willing to sacrifice for their guns. But, as many have also noted, the shooting at Marjory Stoneman Douglas High School in Parkland, Florida, felt different.

The students who survived the Parkland shooting weren’t too young that they could be dismissed as being told what to say by adults (although that happened) or too old that they could be accused of having a political agenda (although that happened too). They were teenagers, about to become young adults who can vote and who wanted action from their political leaders. They were a reflection of the generation they had grown up in. They posted heartbreaking videos from their classrooms on Snapchat, pushed back against critics on Twitter, and acted as journalists during their own personal tragedies. On March 24, the Parkland students led the March For Our Lives rally in Washington, D.C. On April 20, the anniversary of the Columbine shooting, students around the nation walked out of their classrooms for a National School Walk in demand of gun control policies such as better background checks. Some of the students who participated in the walkout were from Santa Fe High School.

These students watched Occupy Wall Street, the Women’s March, and countless Black Lives Matter marches—they are part of a generation that knows how to protest in this day and age. But they’re also of a generation that has grown up in the age of increasingly regular school shootings. Santa Fe High School is the site of the 22nd school shooting to take place in the United States this year. It’s the second school shooting in Texas this year. And with ten dead and thirteen more wounded, it’s one of the deadliest in modern Texas history. In an even more stunning statistic, the death toll from school shootings surpassed the number of active military personnel killed this year. With those numbers, it’s not surprising that the Santa Fe student interviewed on camera expected such a shooting to take place at her school. Why would her school be spared when so many others have not?

After the Parkland school shooting, a mother and son in Houston, which is just northwest of Santa Fe, recorded a conversation about school shootings for StoryCorps, a feature on NPR. In the recording, Dezmond Floyd, a ten year old, asks his mother, Tanai Benard, about the emergency drills she had while in school—just fire and tornado drills—and talks about the active shooter drills he has. He tells her that although the drill instructs students to stand in the back of the classroom while the teacher barricades the door, he chooses to stand in front of his classmates.

“I want to take the bullet and save my friends,” Floyd says. “My life matters, but it’s like, there’s one person that can come home to their family or there can be 22 people that come home to their families.” Even after his mom tells him that a school shooting is a situation in which she wants him to be selfish and act in his best interest, Floyd pushes back. “I get that you would want me to come home, but it’s really not a choice that you can make. It’s a choice that I have to make.”

“Not one more,” is the first sentence in the mission statement for the March For Our Lives, but there have been multiple school shootings since students and adults were killed in Parkland in February. According to the end of their mission statement, student organizers plan to continue demanding effective changes to gun laws, but for now they are still children whose votes don’t count yet. On Tuesday, Texas student activists placed an open letter to Governor Greg Abbott in the Houston Chronicle, accusing him of not doing enough to protect them. For too long, too many American adults were willing to sacrifice children and as a result, children have grown accustomed to a reality in which they develop a mindset that they have to march for their lives in the name of school safety and, if necessary, sacrifice their lives.

“Do you think that the children who were shot in class this week died because they hadn’t prayed enough?”

“We are dying on your watch. What will you do about it?” #txlege pic.twitter.com/94WBVYnVN6 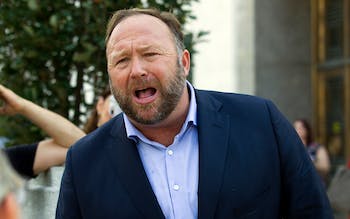 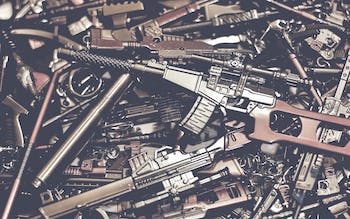 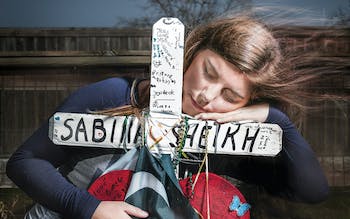 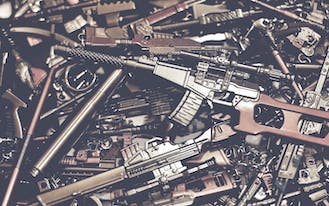 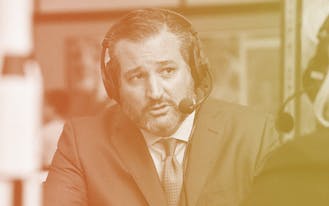 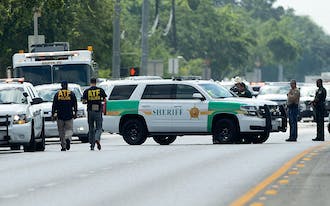