One day last August, a Guatemalan construction worker named Adolfo, living in New York City, received a phone call he’d been eagerly anticipating—one that many migrant parents are still awaiting. In the next 24 hours, Adolfo’s 15-year-old son, Allan, would be eligible for release, after being held for about two months in Brownsville, Texas, at the Casa Padre facility run by Southwest Key, a nonprofit that runs shelters for unaccompanied minor immigrants whom U.S. border authorities have separated from their parents. All Adolfo had to do, the Southwest Key case manager on the phone with him said, was to make travel arrangements for his son through Copacabana Travel Management, a small firm in Lawrenceville, Georgia, about 30 miles northeast of Atlanta. With the clock ticking, Adolfo made the call.

The only option Copacabana quoted to him, Adolfo said, was a $1,030 ticket—much more than he could afford on his modest salary. He asked Southwest Key if he could make travel arrangements without using Copacabana. According to Adolfo, Southwest Key said he could not.

Adolfo called a woman he had heard about from friends: a former social worker in New York City named Julie Schwietert Collazo. In response to the Trump administration’s policy of separating undocumented immigrant parents from their children, Collazo had banded together with her friends over the summer to create a group of volunteers called Immigrant Families Together. The idea was to give time and money to help desperate people navigate the U.S. immigration and asylum system. Collazo soon discovered that the process for reuniting children with their parents or sponsors was byzantine, expensive, and inconsistent—a situation that imposed unnecessary costs, in time and money, on asylum seekers and other immigrants.

Hearing Adolfo’s story, Collazo worried he might have been confused by the directions, so she called Southwest Key herself. Southwest Key told her that Adolfo needed to use Copacabana. He could not pick the child up at the Brownsville facility, Collazo recalled them saying, and he could not use donated airline miles to pay for the ticket. Adolfo didn’t want his son to wait in detention while he scheduled a slightly cheaper flight weeks away. The Southwest Key representative also made no mention of a federal waiver available to parents and sponsors in cases when they cannot afford the travel arrangements themselves, and Collazo, at the time, didn’t know waivers were available.

Collazo’s antennae went up at the notion that anyone should be required to book travel through a mom-and-pop travel agency in Georgia. To get the best deal she could for Adolfo, Collazo decided to make the arrangements for him, and called Copacabana. “And it’s just weird,” she said. “When I called, they just said, ‘Hello?’ Not, like, ‘This is Copacabana, how can I help you?’” The business has no website. Google says it is open “24 hours.” When the office is closed, those trying to reach Copacabana get a busy signal rather than a voicemail.

This was all strange enough, and then there was the $1,030 charge for a one-way ticket that typically can be booked a day in advance for about $700. Copacabana lawyer Rod Gould, who reached out after we sent questions to Copacabana management, explained that travel prices for minors seeking to reunify with families are often high because bookings are made at the last minute. Also, the U.S. Office of Refugee Resettlement, a branch of the Department of Health and Human Services, often requires that a case worker accompany the minor on the flight (or the airline may charge an unaccompanied-minor fee), adding to the price of the airfare.

Collazo insisted there was no misunderstanding. “There were no alternatives presented,” she said. “It was like, ‘This is what you do if you want to get your kid. That’s the only option.’”

This wasn’t an isolated incident. Collazo says Immigrant Families Together volunteers have heard stories like this from five other families. Those families also said they were told they needed to book travel arrangements through Copacabana in order to get their kids transported out of a Southwest Key facility.

Nate Roter, a manager at the Refugee and Immigrant Center for Education and Legal Services (RAICES) in San Antonio, Texas, had a similar experience. In a case where a father was trying to make travel arrangements for a six-year-old to get from Harlingen to Baltimore, a Southwest Key worker told Roter that the father had to use Copacabana; he could not use donated miles. The ticket would cost $935. “That was the only way to coordinate tickets,” Roter said. “It was mandatory.”

Neil Nowlin, a media representative for Southwest Key, confirmed to Texas Monthly that the nonprofit does not have a contract with Copacabana and stated that Southwest Key’s employees only suggest that sponsors and families use the agency.  Still, why they would recommend Copacabana remains a mystery. Copacabana is hardly the only bilingual travel agency in the country. There are plenty based in South Texas.

Further questions about why Southwest Key would suggest this particular agency elicited this written response from them: “As coordinating travel became more time consuming for our case managers, we searched for an agency that could meet the specific needs of our unaccompanied minors and their sponsors. Copacabana Travel was recommended as an agency best suited to meet our operational needs.” No one at Southwest Key would say who exactly recommended Copacabana. A slide from Southwest Key’s training for reunification says, “Inform sponsor they are responsible for [unaccompanied child] transportation cost. Sponsor can make the travel arrangements or use Copa Cabana Services [sic] (if applicable). Sponsor will also be provided with copy of travel receipt with costs.”

On February 27, just nine days after Southwest Key told Texas Monthly that families were free to choose their travel, Collazo received a message that Southwest Key had told yet another mother that she needed to use Copacabana to purchase a $839 ticket for her child. The woman asked if she could pick her daughter up herself and was told no by the Southwest Key case worker. “These are authority figures and the parents are usually afraid to ask for other options,” Collazo said, “but [this parent] asked and was told no.”

Do you have more information on Southwest Key or Copacabana, or on difficulties with family reunification? Please contact us here.

This article has been updated to correct an error; RAICES is based in San Antonio, not Dilley, TX. 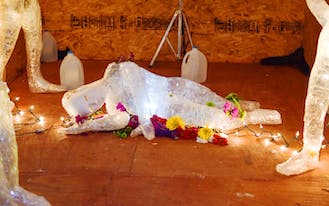