Justice can be subjective, fleeting, and—depending on your point of view—either immensely satisfying or infuriating. This is especially true in cases involving love and death.

This tension was readily apparent last Thursday evening when James Fulton, convicted in December 2017 of criminally negligent homicide and sentenced to 10 years in prison, walked out of the Smith County Jail after posting a $50,000 bond. Fulton had been found guilty of killing Haile Beasley, 20, in a Tyler car accident the year before. But the 12th Court of Appeals recently granted him a new punishment hearing, and Fulton was freed while he and his lawyers figure out what to do next.

Fulton’s release came after a packed afternoon hearing in Judge Jack Skeen’s courtroom, with members of his family sitting on one side and members of Beasley’s on the other. Neither family spoke to the other. Police and deputies stood outside on each corner of the courthouse square, another sign of how acrimonious this case has been. When Fulton finally got to join his wife, Audrey, and their four kids, they jumped into each other’s arms and began crying, reunited after twenty months apart.

Beasley’s mother, Jennifer Whittmore, had been in the courtroom for the hearing, and later fought back tears as she talked to a reporter. “He just gets to walk out and go back to his family,” Whittmore said. “He gets to live life, and I get to go to the cemetery and visit my child. I hope and pray he goes back, and he’ll see the error of his ways, and acknowledge what he took from me.”

This case has been painful for the two families, as I wrote in a March story entitled “When Does an Accident Become a Crime?” In May 2016, Fulton drove his truck head-on into Beasley’s car, killing her instantly. Police at the scene conducted a field sobriety test—Fulton admitted to drinking beer that afternoon while playing golf at a country club, and then later that evening at a restaurant—but figured he was not drunk. So they let him go without securing a search warrant for a blood-alcohol test.

Matt Bingham, the Smith County district attorney, thought differently about it. Months later, he indicted Fulton, then took him to trial for criminally negligent homicide, where he was found guilty. At the punishment hearing, Bingham asked for seven years. The jury, however, surprised the DA by giving Fulton the maximum of ten years in prison. The Fultons were devastated, and Audrey Fulton was convinced that her husband had been unfairly convicted and sentenced. The Beasleys were jubilant. “We finally have JUSTICE FOR Haile Beasley,” her father Brian posted on Facebook later that day.

The maximum sentencing stemmed from the prosecution’s allegation that Fulton had shown little remorse for Beasley’s death. Prosecutors centered their argument on the testimony of Kirsten Woodard, a bartender at the country club where Fulton had been drinking. She claimed that roughly six weeks after the wreck, Fulton returned to the club and bought drinks with friends, using a credit card. As he cross-examined defense witnesses during the punishment phase, Bingham repeatedly referred to Woodard’s accusation. “Where’s the regret?” he asked. “Where’s the ‘I’m so sorry’ … if you’re back out at the Cascades after you killed her, doing the same thing you did when you killed her?”

After the trial, though, Fulton hired a new lawyer who presented a letter from the country club that seemed to undercut Woodard’s allegation. The letter, sent to prosecutors before the trial, stated that the club had no record of Fulton ever buying anything there with a credit card. The prosecution had not turned over this letter to Fulton’s trial attorney, James Huggler, as they were obliged to do. They insisted it had been a simple oversight, and that they had told Huggler both about the letter’s content and that Woodard was going to testify—facts that Huggler confirmed on the stand, undermining the complaint of prosecutorial misconduct.

Fulton’s lawyers then filed an appeal, alleging three things: the evidence to convict him of criminally negligent homicide was insufficient (it was an accident, they said, not a crime), Huggler was ineffective, and a juror was biased. The appeals court turned down claims one and three but granted claim two, writing: “Woodard’s testimony went unquestioned before the jury, even though State’s counsel and Appellant’s trial counsel had knowledge that The Cascades records contradicted her claim. This seriously undermines confidence in the jury’s punishment verdict… but for counsel’s unprofessional errors, the result of the proceeding would have been different.”

What happens next depends on several things. Fulton’s attorneys have filed a motion with the 12th Court of Appeals to reconsider its ruling turning down the other two claims. If that fails, they will file an appeal with the Court of Criminal Appeals. Skeen probably won’t set a new punishment hearing until after the CCA rules.

That could take some time. For now, Fulton and his family are back in Bulverde, just north of San Antonio. Audrey posted on Facebook photos of the welcome home party she threw for him. To Audrey, justice has partially been done, to the extent that her husband is back with his family, though their ultimate goal is to have the guilty verdict thrown out. In the meantime, Fulton must report to a probation officer, stay away from alcohol, and wear an ankle monitor that detects drinking. Fulton hopes to pick up where he left off before the accident, running the family’s oil and gas services company.

In Tyler, the Beasleys tried their best to look on the bright side. Haile’s father Brian also posted on Facebook, noting that the conviction was still intact; this decision only affected the sentencing. Still, he felt angry. “There is no justice for victims in this country,” he wrote, “PERIOD. She was an innocent 20 year old who was murdered and we now have to relive the whole thing again.”

There is justice, but in cases like these, it will always exist in the eye of the beholder. 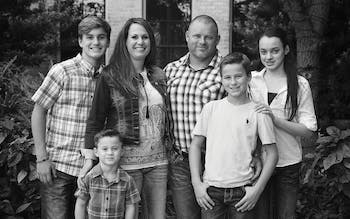 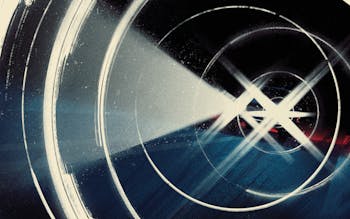 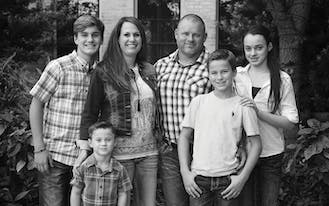 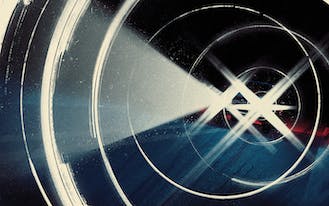