Immigrant rights advocates are increasingly concerned about the nighttime deportation of undocumented immigrants from McAllen to Reynosa, Mexico. Because of a general threat to the migrants’ safety in places like Reynosa—migrants are easily spotted and are often targeted for kidnappings and extortion—Mexican police had been providing escorts to the buses that ferried migrants to processing centers and shelters in other cities.

In October, one of those Reynosa transport buses was attacked, and Mexico restricted its police escorts to daytime. As a result, the nighttime bus trips were stopped entirely. That means all those who are deported into Reynosa at night by U.S. authorities must, for their safety, stay until morning, slowing the process of repatriation. Texas Monthly spoke with Samuel Almeida, the Doctors Without Borders regional advocacy manager for Mexico and Central America, who recently spent time in Reynosa.

Texas Monthly: So if I understand correctly, it’s your job to visit the different areas where Doctors Without Borders is working and make sure that the doctors are able to do their work. Is that accurate?

Samuel Almeida: That’s correct. It’s a support position for the project. And it comes because Doctors Without Borders has two mandates. We have the medical mandate, then we have the witnessing mandate. We’re often in places that no one else is, and when we speak or work very closely with the communities, this comes with the responsibility to speak about the plight of the population we serve to a broader audience. So my position is not for the medical operations but for the second mandate.

TM: And how long have you been doing this?

SA: I’ve been with Doctors Without Borders for two years. Previously, I was in Iraq, and I was based in Central America and Mexico since July. But Doctors Without Borders has been working in Reynosa since 2014. We provide physical care, mental health care, health promotion, and social work to victims of violence and people on the move: many migrants, asylum seekers, refugees, and refugees deported from the U.S. And since June 2018, we’ve been working in the center where they receive the refugees from the U.S.-Mexico border in Reynosa.

TM: You just arrived in Mexico City from Reynosa. Can you talk about what you saw there?

SA: Yes. Reynosa is a very dangerous city, particularly for migrants and returnees [migrants deported to Mexico from the U.S.]. They’re often the target of kidnapping and violent extortion by organized criminal groups in Mexico; they are particularly vulnerable and targeted because of that. So once they’re released from detention in the U.S., they’re processed by U.S. Customs and Border Protection in McAllen, and then they’re taken to Mexico. There, they’re received by the Mexican authorities. And then they can move on, if they [need to] travel. Most of them are not from Reynosa. So they need to travel to a larger city in the north of Mexico or to their place of origin. But when they arrive at night, that makes them even more prone to being a victim of violence or a target of these criminal groups. So they’re often kidnapped. That is something that we hear very often.

TM: You’ve been tracking and documenting the numbers of migrants in Reynosa, correct? [In a December 20 press release, Doctors Without Borders said that “Over a six-week period in October and early December, [we] documented 1,267 people deported to Reynosa after dark by the U.S. government. Of those, 588 were deported after 8:00 pm. According to official figures, homicide rates in Reynosa have increased exponentially in the past two years, with attacks commonly attributed to conflicts between organized criminal groups.”]

SA: Yes, so—I’m not sure if this explanation will help you or make it more complicated. The deportations to Reynosa, they have a high month and a low month. So that’s why we’ve been [tracking and documenting numbers of migrants] in October and December, because in November they would have been deported to Matamoros, which is another city in the north part of Mexico. During a six-week period [in Reynosa], we saw over 1,200 refugees arriving after 6 p.m., and many of them are systematically being brought to the [Reynosa] shelters at night. And then they still have to go through a process that takes around three hours for them to be transported. So previously, they were being transported [from Reynosa] directly to the bigger city, to Monterrey, and then they could go to their own destinations when they arrived. But there was an incident in October. These buses that transport the migrants, they were escorted by the police because of the vulnerability of this population. And in October the police escorting the bus suffered an attack by a criminal group. They were shot at, and many people were wounded. And after that, the Mexican government canceled transportations after 8 p.m. because it’s more dangerous to the risk of an attack.

TM: Can I ask you a quick question? Why would someone attack that kind of bus?

SA: It’s not clear if the attack was targeting the bus or if it was targeting the police. In the past two years, violence in Reynosa has been increasing. The official figures show that most of the homicide rates have been increasing exponentially in the last two years. And different groups fight each other in the city and also the police. They have the state police, the federal police, and the military present in the region. So all these groups—criminal groups and the security—they often confront each other. Very often. And so in this particular case, we don’t know if that was against the police escorting the bus or the bus itself. But the bus cannot travel without police escorting them. So after 8 p.m., they decided to cancel this transportation.

TM: And this was the Mexican authorities that decided to cancel the transportation.

SA: Exactly. So all the returnees, they must spend the nights now in a local shelter run by the Guadalupe nuns. And obviously, the nuns didn’t receive any additional funding for that. So now there’s been a huge increase in the people they have to provide shelter for without the funding; the burden for them is very high. And all of this could be avoided if the transportation happened during the daytime.

TM: When do buses arrive?

SA: Between six-thirty and ten, eleven o’clock [at night]. Two days ago, the first bus arrived at ten o’clock, the second at eleven. So then you have a three-hour period when they’re being registered and they receive food and also receive social work from us and psychological care. So that’s where we can provide this care. But also during this period, because they arrive late and go straight to the shelter and go to sleep, it’s also hard for the mental health team to identify the cases that need our support. So also, in the past few months, there’s been two cases of attempted suicide where we didn’t have enough time to identify these people that needed more attention.

TM: So you’re working out of the shelter run by the Guadalupe nuns?

SA: We are. We receive the migrants in the night, at the ITM [Institute for Migrants], and then we see the same people in the morning in the shelter. If [we could change that, and] they could arrive during the day, we could just receive them at the ITM and then go straight to the shelter and continue to provide them care, or people could just move on to their final destination.

TM: And can you tell me a little bit more about the people you’re seeing?

SA: The travelers being seen in Reynosa, it’s people being deported who have lived in the U.S. for twenty, thirty years. Even cases of people who have never been in Mexico, they don’t speak Spanish, or they arrive from the country for the first time, they don’t have any documents. Often they don’t have a family. So the government registers them, and we provide them with a document, some identification, and they can use this document to register with Social Security and have access to the public health system. So it’s the first place where they’ve come when they receive their documentation.

TM: And the Guadalupe nuns running the shelter, what are they witnessing?

SA: People don’t have bags or a belt, T-shirts. It is part of the service [the nuns] provide—not just the shelter and food, but they also provide clothes and so on. But now it’s really hard for them to keep up. Just a minor detail: all people deported from the U.S., they all come with the same bag that is given to them by the U.S. authorities. And that bag is easily identified by the criminal groups. So when they see this bag, it also puts them in a vulnerable situation because the criminal groups know they’re migrants, and they target them. The Guadalupe nuns provide the migrants with a new bag so they can change their stuff and have a bag but not be identified as migrants. Yesterday, when I went there, they didn’t have any bags left because they’re just overwhelmed with the amount of people.

TM: Can you tell me about patients of Doctors Without Borders who were attacked by criminal groups?

SA: Well, it’s hard for us to keep track of their movements, so we didn’t directly witness or hear any reports from our beneficiaries, but we’ve certainly heard from authorities in Mexico and from other migrants from other countries going north. So we know this trend exists. The returnees, it’s tricky, because once they leave we don’t see them again.

TM: And what do you think could help the situation?

SA: I think it’s actually a simple solution. It is just transporting them in the morning. That would be the best-case scenario. Arrive in Reynosa during the daytime. That would be the ideal scenario for everyone—not just returnees, but also other people providing services for them. And we brought this issue up with U.S. authorities on several occasions, but they haven’t changed [it]. They didn’t give us a particular reason for not doing it. They always say, “We’ll follow up on the issue. Thanks for bringing this to our attention.” But nothing has changed. 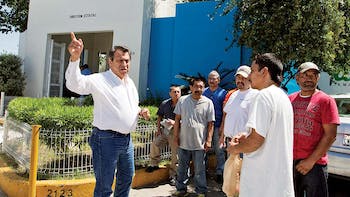 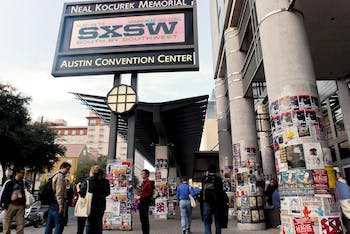 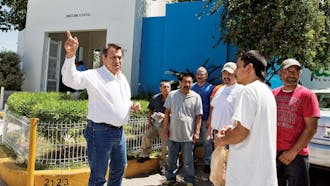 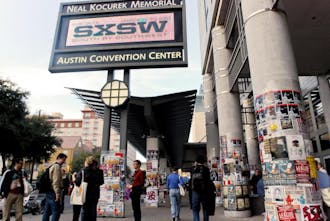