Rex Tillerson, who was recently dismissed as President Donald Trump’s secretary of state, is being courted for a new gig closer to home: the top job at the University of Texas System.

The Wall Street Journal is reporting, and Texas Monthly has confirmed, that representatives from the University of Texas Board of Regents have approached Tillerson about replacing William McRaven, the retired admiral and current UT chancellor who is leaving in May. Although no formal offer has yet been made, a source close to the search said that there is “heavy interest” in Tillerson, a 1975 graduate of the University of Texas at Austin.

“Rex is a solid citizen, very ethical, straightforward, and straight talking,” says Charles Matthews, former general counsel for ExxonMobil and longtime friend of Tillerson’s. “He brings great integrity to whatever he does, and if he were chosen he would be a very, very solid choice.”

Tillerson, whose official last day as secretary of state is March 31, would be stepping in at a tense moment between Texas’s political leadership and the UT System. Lieutenant Governor Dan Patrick has been a vocal critic of higher education, arguing that campuses have not done enough to control costs in recent years. Governor Greg Abbott, a UT graduate, has recently clashed with McRaven and the higher education community over campus-carry legislation and Dreamers. Abbott also quashed McRaven’s plan to expand UT to Houston after University of Houston regents raised a fuss.

It’s hard to say how Tillerson would be received as the UT chancellor. He has no experience in higher education administration (neither did McRaven), nor is he—like most recent university chancellors in the state—a creature of the Texas legislature (see: John Sharp at Texas A&M, Brian McCall at Texas State, and Robert Duncan at Texas Tech). Yet given his political leanings, Tillerson might jell just fine with the likes of Abbott and Patrick, even if his recent falling-out with President Trump could make him damaged goods in the eyes of Texas’s social conservatives. “I don’t know if Rex knows [Dan] Patrick, but Abbott knows him,” Matthews says. “I think he would fare very well with our state leaders.”

Kel Seliger, chairman of the Texas Senate Committee on Higher Education, says he believes Tillerson would have potential for good leadership at UT, just as McRaven did. He says the size of Exxon, and Tillerson’s leadership of the international company, would make it easy for him to manage the UT system, but adds, “that doesn’t necessarily matter when it comes to policy.” Seliger says he feels confident that if Tillerson took the job, he would find a way to work with the legislature.

The regents are also currently doing some soul searching about what exactly they want the UT System to be: will it be a muscular institution with its own agenda and lots of employees, or a slimmed-down operation intended to act in a support role to the fourteen campuses, especially the flagship, UT Austin? The effort to downscale is being led by Regent Kevin Eltife, a former state senator who is intimately familiar with the pressure that the legislature is putting on implementing a smaller UT System footprint. That push might sound familiar to Tillerson, who pursued a much leaner (some would say skeletal) state department during his time as secretary. “Whatever direction the regents would want to do, Rex would be very interested in efficiencies,” Matthews says. “That’s the Exxon way.”

The search for a new chancellor is being led by UT Regent Sara Martinez Tucker, with help from Regent Jeffrey Hildebrand of Houston, the founder and executive chairman of Hilcorp Energy Company, an oil and gas company headquartered in Houston. Other names that have been previously floated as potential chancellors are NATO ambassador Kay Bailey Hutchison, House Speaker Joe Straus, and former state senator John Montford. Seliger says he did not know how far any discussions about Tillerson taking the UT helm have gotten. He said he began hearing the idea as “idle gossip” about two weeks ago.

“Staff and administrators at the UT System administration or at UT institutions are not involved in the search process for the chancellor, nor are we apprised of the names of any candidates or potential candidates,” UT’s vice chancellor for external relations Randa Safady said in a provided statement. “Nobody other than the members of the search advisory committee have confirmed knowledge of the names of candidates under consideration.” 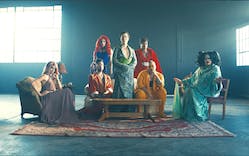 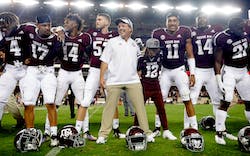 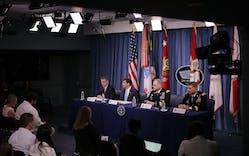 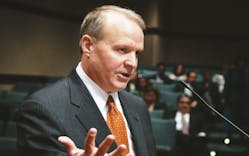