With more than 650,000 square feet of exhibitor space ready for the 80,000 attendees at the National Rifle Association convention, I would have thought there might be more than a few vendors catering to the field and stream crowd. But there weren’t.

Sure, there was the row of hunting travel package dealers offering exotic adventures in far-off lands, but the people manning those booths looked bored when I went by, the aisle mostly empty. Browning, Winchester, Remington, and Henry had displays of wooden-stocked rifles and shotguns along with their other wares, but only the Italian gunmaker Beretta was making a real pitch to the hunting crowd.

Beretta had a fake duck blind set up, which featured a pair of mannequins in camo looking toward a video screen depicting Canadian geese flapping, while a duck call quacked for mounted waterfowl. Some machine flipped out small white flakes intended to conjure images of snowfall. But the magic was destroyed by the mannequin turned toward the ducks, its plastic arms raised in a shooting position—with no gun. At least Beretta had made more than a passing nod to tradition.

Meanwhile, the word “tactical” jumped out at you from almost every booth.Firearms enthusiasts complain when the media refers to an AR-15 variant as an “assault” rifle because it is not fully automatic. So I’m just going to start calling them a military-style tactical weapon. AR-15 variants, mostly in black, but some in desert camo colors, were everywhere. So were body armor displays, night vision equipment, silencers, concealed-carry bras, and .50 caliber sniper rifles on bipods with an effective range of about 1,900 yards. And sex sold it. More than one firearms vendor featured posters of young women armed for tactical action, including one of a redhead—who looked like Jessica Chastain—dressed in skin-tight SWAT gear with a belt around her waist filled with fresh magazines for the AR-15 she was carrying. However, never once did I see a convention attendee carrying a firearm other than at a display table.

Sure, all these firearms can be used for hunting—David no doubt learned his slingshot skills hunting before taking out Goliath in the Valley of Elah—but in reality this exhibitor hall focused on aggressive self-defense. And the 147th annual meeting of the National Rifle Association, which was held in Dallas over the weekend, was about defending itself and these firearms from the numerous anti-gun protests that have erupted since seventeen students were killed in February at Marjory Stoneman Douglas high school in Parkland, Florida. The convention theme was “A Show of Strength for the Second Amendment.”

From the shooting at Sandy Hook Elementary School in December 2012 to the recent mass murder in Florida, many Americans have been calling for a ban on the military-style AR-15s because of their rapid fire and standard thirty-round magazines, which can be quickly swapped out. Even though these firearms are not fully automatic like their military cousin, they are tactical weapons designed for use against humans, not deer.

During the convention’s leadership meeting before almost ten thousand NRA members, the speakers repeatedly defended the Constitution’s Second Amendment as a right to keep arms for self-protection against bad people and a tyrannical government. The evil, they said, was not in the firearm, but in the shooters who misused the firearm. The right of self-defense is under attack, said NRA CEO Wayne LaPierre.

“Are you proud of your freedom in the face of all the protests and attacks? Are you ready to stand and fight for that freedom?” he quipped to the crowd. “How do you feel about the politicians who promise to support the Second Amendment and then cut and run when the politics gets hot? And what do you think about the national news media that ignores the culprits who deserve the real blame for these tragedies?”

The NRA is a political force in Texas, a state with more than 1.5 million firearm owners. LaPierre bragged that NRA membership is up because of the national protest, noting that there are almost six million members of the organization. But since December 2012, there also have been 192 Americans killed in mass shootings carried out by would-be terrorists and mentally unstable people armed with AR-15 style rifles. Where does the freedom to keep arms end and the right to life, liberty, and happiness begin? 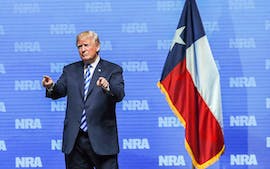 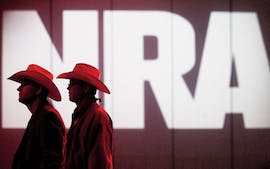 The NRA Calls a Cease-Fire on Austin-Based Yeti Coolers 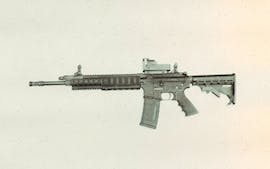