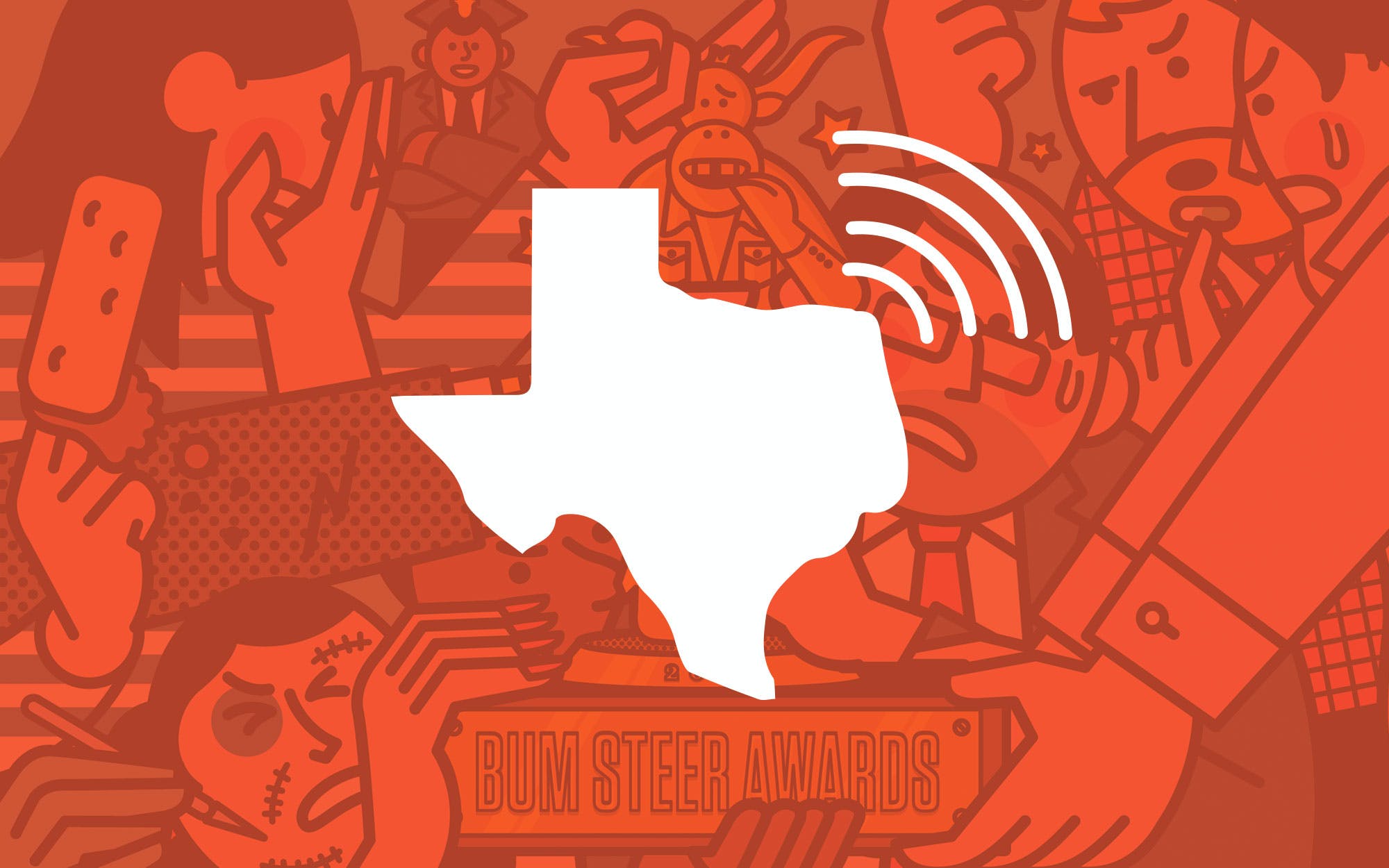 We’re excited to share the inaugural episode of our podcast, The National Podcast of Texas. Each week our writers and editors will give our readers an innovative way to experience Texas Monthly stories beyond print. Listen here or directly on Soundcloud for now, but watch for it soon on iTunes and Google Play.

Join us this week for a behind-the-scenes discussion of the 2018 Bum Steer Awards, our much-anticipated annual rundown of Texans who behaved badly. Host Monte Williams talks with Deputy Editor Jeff Salamon, Senior Editor David Courtney, and contributor Rich Malley—the core team that collected, vetted, debated, and refined the list—about how the Steer sausage is made and who we picked as Bum Steer of the Year (Hint: we also happened to name him the most influential person in Texas politics last year).

In this first episode, we also discuss our decision to have two covers—one featuring Senator Ted Cruz and the other his likely Democratic opponent, Congressman Beto O’Rourke. Plus, a word from the Texanist on how you can avoid becoming a Bum Steer.

Next week, stay tuned for a detailed discussion with our senior political reporter, R.G. Ratcliffe, about his profile of Cruz.