The 2019 Legislative Agenda Is On the Republican Primary Ballot

State party conventions are not about the average voter—the people like you and me who show up at the polling places in November or during early voting and often hold their noses before casting a ballot for the evil of two lessers. No, conventions consist of the motivated folks who stuff envelopes for candidates, pound in yard signs, attend caucuses and county or senatorial district conventions, all to reach this moment when they become part of something larger than themselves in the idea that they are protecting—or bettering—the American way of life. Their beliefs are articles of faith, and the party convention provides the consecration.

For the Republicans who gathered in San Antonio this month, their faith was in Donald Trump, a president they saw as a man keeping his promises and bringing order to America. A week later in Fort Worth, Democrats viewed him as a president creating chaos while heartlessly taking refugee children from their parents at the Mexican border.

For seven days this month, I attended the two conventions. These podcasts are an overview of what I saw and what I heard.

At the Democratic convention, state Representative Gina Hinojosa proclaimed herself proud to be a member of a party of “bleeding heart liberals” when the Trump Administration was dividing refugee families on the border. Gubernatorial nominee Lupe Valdez castigated Trump for a policy that led at least one Central American father to kill himself. But the star of the show was U.S. Senate nominee Beto O’Rourke, telling delegates that he is trying to inspire turnout among voters who do not normally turn out in off-year elections. Here is the Democratic angst over Trump:

The 2019 Legislative Agenda Is On the Republican Primary Ballot 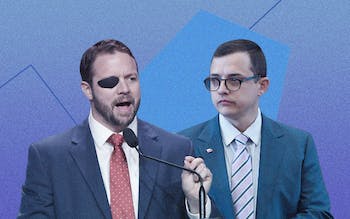 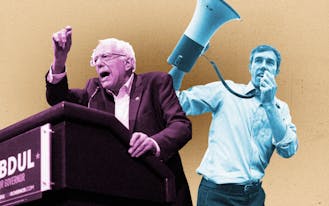 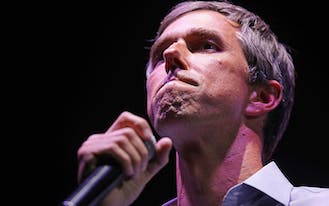