The Daily Beast‘s Andrew Sullivan threw his support behind Ron Paul on Wednesday, endorsing him for the Republican nomination. But Sullivan, who is ostensibly conservative, has also said that he’ll be for Obama in the general election—pretty much an immediate disqualification of his endorsement.

As Paul ekes towards co-frontrunner status in Iowa ahead of tonight’s Fox News debate in Sioux Falls, it’s no small thing to be the subject of a think piece by a well-read blogger, even if that readership probably includes more of Sullivan’s media colleagues than it does actual primary voters from Iowa or New Hampshire. At nearly two thousand words, it’s also one of the lengthier considerations Paul has gotten from a general-interest media outlet, which is notable as the candidate’s “fringe” status applies to journalism as much as the political establishment.

Sullivan sees Paul as a “decent fellow” who “has now gone through two primary elections without compromising an inch of his character or his philosophy…and on some core issues, he is right.” Those issues, according to Sullivan, include spending, specifically for defense: “I suspect every other Republican would launch a war against Iran. Paul wouldn’t. That alone makes a vote for him worthwhile.”

Most of all, Sullivan likes the idea of an Obama-Paul campaign.

Paul’s libertarianism . . . would challenge the statist, liberal and progressive delusion that for every problem there is a solution, let alone a solution devised by government. As part of offering the world a decent, tolerant conservatism, these instincts are welcome. As an antidote — and a very strong one — to the fiscal recklessness and lawless belligerence of Bush-Cheney, it is hard to beat. The Tea Party, for all their flaws, are right about spending and the crony capitalism it foments. So is Paul.

I regard this primary campaign as the beginning of a process to save conservatism from itself.

While Sullivan makes the case for Paul, it’s clear he wouldn’t support the Texas Congressman beyond the primary because of Paul’s positions on the Fed, tax cuts, and energy.

There are times when he is rightly described as a crank. He has had associations in the past that are creepy when not downright ugly. But all this is why a conservative like me is for Obama. What we are talking about here is who to support in a primary dominated by extremes, resentment, absence of ideas and Obama-hatred.

Sullivan then abandons his reasoned tone with the story’s final sentence, an expletive directed at Fox News’ Roger Ailes, whose network tells its viewers that Paul has no chance to be the nominee, a “propagandistic lie,” according to the blogger. 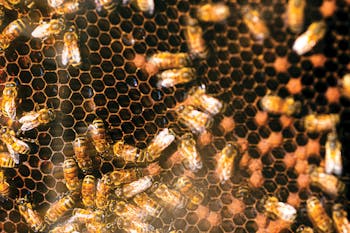 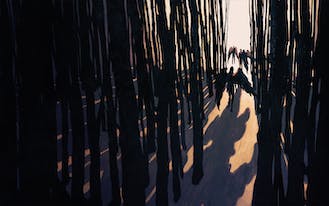