This last election was kind of a shellacking for Republicans. Your take-aways?
I think there’s no question that we were disappointed in the outcome. The Texas Public Policy Foundation is nonpartisan, obviously, but our work is aligned with limited government, and less regulation, and freedom and liberty—and certainly the results of the election went the opposite direction. [But] at the end of the day, there are no permanent victories or permanent defeats. You know, it’s Washington, DC, and it’s government, and for those of us who believe what we believe, we have to work harder for making a case. That actually makes our work in Texas, and what happens in Texas, even more important, because we are reminding the rest of the United States that the American Dream is alive and well, and it’s working—now more than ever, and especially in the next four years.

Well, why couldn’t Republicans make that case this time around?
I believe that it’s all about leadership, and I believe that our candidate at the top of the ticket was a really good man, and was one that had lived the American dream and succeeded more than most of us can imagine. But he was not able to make the moral case as to why free enterprise, entrepreneurship, and limited government— and truly, the American dream—are really in the best interest of every American. That’s what Ronald Reagan was able to do. He was able to convince the American people that that was what was really in their best interests, rather than bigger government and more entitlements.

What do you make of the demographic disjuncts—the huge gaps between the parties among Hispanics, women, young voters, and so on?
I think that’s really important to analyze, and I think that the number crunchers are still analyzing it. But we have a huge disconnect from a huge portion of our population, and that is the Hispanic population. I think there’s a lot of rhetoric from a lot of people about how certain people should be treated, and that’s not who we are as conservatives. We believe in the American dream. And certainly we need to make sure that current laws are being respected and recognized, but we also need to recognize that the current system is broken.

It’s ironic that you mention Reagan, because he passed an immigration reform act that a lot of the 2012 Republican base would have objected to.
Don’t we all wish that Reagan were here? He’s so beloved and so respected, and he was really someone that stood up for what he believed in, no matter the consequences. He was often called a radical, he was often called stupid, he was often called crazy, but he always stood up for what he believed in, and he always won the day. People are looking for leadership. This country is looking for leadership. I wish he were here because I think we could use some leadership on this issue. I think he would agree that it’s time that we sit down and adjust the tone of the discussion.

Can you give me the pitch for why Texas shouldn’t take federal money for the Medicaid expansion?
There is no question that Medicaid is a broken system that does a terrible job of providing health care. From our perspective, the fact that Washington wants to put at least a million more Texans into that system is frightening. And our Medicaid spending is unsustainable. We already spend more than 25 percent of our budget on Medicaid, and even without the expansion that’s projected to rise. Keep in mind what that would do to public education, to public safety, to higher education. It would require a tremendous amount of new taxes for a system that’s already so broken.

What’s the alternative?
We believe that the alternative is very comparable to what the country did under Clinton with welfare reform—block grants to the states, which figured out a way to provide higher-quality services at a lower cost. Our goal is that we’re able to work with Washington, and that Washington will let the states work out the solution.

The TPPF has recently published several critiques of property taxes and the margin tax. What do you think Texas needs to do with taxes, given how little we already tax and spend?
Well, if I can start on the spending side of that—we don’t have a revenue problem. In Texas we have had a fairly impressive revenue growth through the years. Government is pretty much the same everywhere. Revenues come in the door and revenues go out the door as soon as they come in. If there’s any issue there, we actually probably spend more than we should. The more productive and successful a country is, the less government it should actually need. I think we have to question the underlying assumption that we don’t have enough money in the bank.

As for taxes, we have long held that property taxes should be significantly lower. The underlying assumption that you never really own your home, you’re just renting it from the government, is absolutely true, and it’s a very harmful tax on businesses and industries. We have also held that the margin tax has been very harmful to our economy. Our goal would be to move towards more of a consumption-based tax system. Our view is that a consumption tax is by far the most productive tax in an economy because it has the least impact on growth. Ultimately, who that helps the most is those on the lowest rung of the economic ladder, because the jobs are better and there are more of them.

But getting rid of the property tax is kind of a radical proposition—I’m sure you saw the analysis from Billy Hamilton [PDF], that if Texas got rid of the property tax it would have to raise the state sales tax to almost 18 percent to make up the difference.
Our researchers, Dr. Arthur Laffer and his team, did some pretty significant crunching on this and found you’d have to raise the sales tax a few cents on the dollar, to 11 percent or 13 percent. There are a lot of people who would argue against that and say that it’s regressive; maybe you could set up a system where if someone had the Lone Star card or was below a certain income level, they would be exempt from paying. There are thousands of ways you could formulate a system—that’s all to be worked out, and we do have some specific plans to how to do it. But the bigger conversation to be had right now is about about Texas’s overall tax system.

It seems like the state government and the federal government have had a hard time cooperating lately. Do you think Texas has an image problem with Washington?
I believe that Washington, and especially our current leadership in Washington, sees what is happening in Texas. For a good chunk of the last decade, we created more jobs than every other state combined, and at the same time we have one of the smallest spending per capita rates. I think what Texas stands for is a direct threat to what we hear from Washington and what the White House stands for. So yes, we are having difficulty, but that’s to be expected when we are on such vastly different courses of governing.

To bring this back to politics—looking at the upcoming legislative session—do you think there’s a looming fissure between the far right and the moderate right?
A: [Laughing] Hold on to your horses, because it’s going to be a little bit of a circus! I only mean that in a positive way. I think it is very positive that we have a lot of disagreement among ourselves, even among conservatives, even among libertarians. As Ronald Reagan’s happy warrior, I really do believe that at the end of the day, we all just want a better Texas. I don’t cast any aspersions on people who want to raise taxes. I just happen to believe—and I believe history has played this out pretty well over thousands of years—that a limited government is better for all the people. I think most people, especially in the Republican party, believe in that basic premise. It’s incumbent on me and others like me to be able to make that case to the public. Will there continue to be a divide? I’m quite sure there will be, but I believe ultimately what we’re trying to do is continue to prove that freedom works and that the rest of the country shouldn’t give up hope. 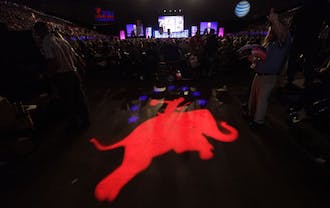 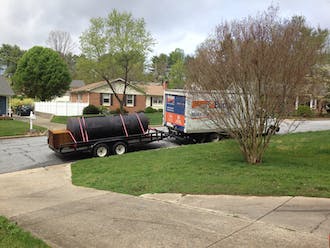