While Ron Paul no longer has a presidential campaign, he does have a strategy memo.

One day after the Paul campaign announced that it would no longer actively spend money in the remaining primary states (Texas among them), Paul campaign manager Jesse Benton expanded on what’s next for the “Ron Paul revolution,” both in a written statement and a phone call with the press.

As Molly Ball of the Atlantic put it, Benton “attempted to explain Tuesday what exactly [Paul] is still doing in the race.”

Same thing he always was, really. Even back in February, Paul was selective about which states he contested. He focused strongly on attaining delegates at state conventions, which is something Paul’s supporters will keep doing. It’s just that now, the campaign has publicly acknowledged Paul can’t win. “Gov. Romney has what is very likely an insurmountable delegate lead,” Benton said, according to Jason M. Volack of ABC News’ The Note.

So Paul will take whatever delegates he ends up with to the Republican National Convention in Tampa, Florida, where the campaign hopes to have an impact on the party platform by bringing it closer to Paul’s views on the Fed, the ability of the government to detain American citizens, and the importance of “Internet freedom.”

But the Atlantic‘s Ball is skeptical of any Ron Paul platform influence:

Why should Romney, who controls the convention as the presumptive nominee, grant Paul any of these concessions?

Paul is not, it turns out, offering anything in return. He’s not offering his endorsement; he’s not offering to encourage his followers to support Romney. “I would never say never, but I do not believe that is likely,” Benton said when asked on the call if Paul would endorse Romney.

That itself would be the reason why there may yet be a compromise. In politics, even with someone as ideologically disciplined as Ron Paul, “never say never” pretty much equals, “yes, it could happen … if you give us what we want.”

Slate‘s Weigel noted that “no reporter asked whether Paul, himself, would run in the fall — a step forward, since he used to get that question constantly.” But Benton did pretty much rule out Paul endorsing Libertarian Gary Johnson or Constitution Party nominee Virgil Goode.

In his own story, a disheartened Doherty wrote:

I still believe that announcement from Monday–even followed up by this and this explanation of the delegate and convention strategy moving forward–was a mistake, and it should have been understood that it would be spun by nearly everyone as “Paul drops out.”

Doherty also reported that Benton said, “worries about whether Obama might beat Romney without a Paul endorsement will not compel Paul to give such an endorsement.” But again, that just seems like good negotiating. 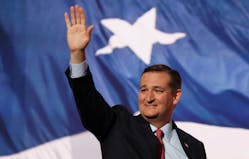 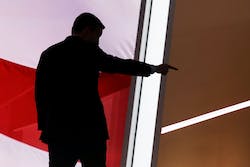 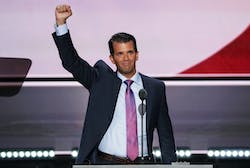 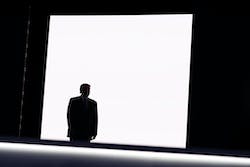