The late, not-so-great Eighty-second Legislature that expired on May 30 will go down in Texas history as one of the most consequential lawmaking bodies ever to convene in this state. It is useful to remember, however, that consequences can cut two ways—for better or for worse. The main achievement of the Eighty-second Legislature is that it completely changed the political culture of the state. Last November’s elections were the nail in the coffin of the Democratic party, rendering it ineffective for years to come. This situation has been building since 1994, the last year in which a Democrat was competitive in a race for statewide office, and it has profound implications, which did not become apparent until Speaker Joe Straus gaveled in the Eighty-second Legislature: namely, that the bipartisan political culture that had existed since the rise of the Republican party in the seventies has now been supplanted by an intensely partisan environment. This session, the majority party in the House voted as a bloc time after time after time; in the Senate, long-standing traditions of bipartisanship— foremost among them the so-called two-thirds rule that invested power in the minority party—were swept aside.

The lesson of the Eighty-second Legislature is that political culture matters. It always has. The style and feel of the Capitol are what guide the members, keep them honest, and even determine the substance of their laws. When we published our inaugural Ten Best and Ten Worst Legislators story, in 1973, the Legislature was overwhelmingly white, male, rural, and Democratic. The typical legislator was a good ol’ boy, as exemplified by Speakers such as Billy Clayton and Gib Lewis. The culture of these legislators dominated the Capitol for decades, and there is a temptation to view it with nostalgia. It is often said that rural lawmakers make the best politicians, because in small towns they encounter all kinds of people. They certainly made the best copy. It was a feat just to get Pete Laney, Lewis’s successor, to give a straight answer. Ask him about the prospects for a school finance bill, and he might reply, as he once did to me, “Cloudy. Looks like rain.”

The Capitol today would be almost unrecognizable to the legislators of Clayton and Lewis’s day. In some ways it is almost unrecognizable to me. I worked in the Senate before I began writing about the Legislature for TEXAS MONTHLY, in 1975, and I have covered every session since. Some of the changes during that time are obvious—the shift from a Democrat-controlled body to a Republican-controlled one, and the emergence of a more diverse group of lawmakers, for instance. But as I look back at the past twenty sessions, it is the shift in the culture of the Capitol that seems the most significant to me. Many factors have contributed to this transformation, but four stand out as the keys to understanding the difference between TEXAS MONTHLY’s first Legislature, the Sixty-third, and the Eighty-second.

Suburbanization. One of the basic rules of politics is that demographic change produces political change. In Texas the most profound example of this has not been the increase in the Latino population, because Latinos don’t yet vote in sufficient numbers to influence statewide elections. Rather, the demographic change that has reshaped Texas politics has been the explosive growth of the suburbs. Their rise broke the social compact, the central tenet of which is the familiar Democratic mantra “We’re all in this together.” To this, the typical suburbanite responds, “Like hell we are.” People move to suburbia to escape the social ills of the city. I can recall a conversation I had in 1987 with Mike Toomey, who was then a rising star in the House. “My constituents [in the Houston suburbs] don’t want anything from government,” he told me. “Their schools are new. Their roads are new. All they want from government is not to raise their taxes.” If the culture of the Capitol in 1973 could be said to derive from the rural roots of many of the members, the culture of today’s Legislature owes much to the self-contained nature of suburbia.

The Capitol expansion. Architecture may seem like a trivial thing to credit with effecting political change. It is not. In 1993 a major renovation of the Capitol, begun in the aftermath of the near-calamitous fire of 1983, was completed. The underground extension was added, and as a result, the members’ office space increased dramatically. Prior to the fire, all the members’ offices had been squeezed into the main building. Behind the massive doors leading into the space provided for offices were cheap paneled walls and makeshift corridors. The quarters, particularly for House members, were incredibly cramped. The packing of a group of legislators into a small area forced members to get to know their neighbors and colleagues and provided an opportunity for camaraderie to flourish; in turn, the camaraderie enabled members to frequently transcend partisan boundaries.

But there was something else too. Anyone walking into these warrens of temporary offices would have gotten the impression that whoever was occupying them must not be very important. And that is how the average member perceived him- or herself in those days. After the renovation, House members had spacious offices. Their new digs, and the inevitable growth of staffs, caused their self-perceptions to become, shall we say, somewhat inflated. Architecture changed politics. The Legislature started to resemble Congress, a place where members know only their small corner of the political universe and talk to their staffs instead of to colleagues.

The power of the governor. Government textbooks and the Texas Constitution say that ours is a weak-governor state. A strict constructionist would insist that the governor’s power is largely limited to making appointments to state boards and commissions and to vetoing bills. In practice, the political power of the governor has expanded dramatically over the past four decades. Governor Perry has upended the political culture by establishing what amounts to a cabinet form of government. His long governorship has enabled him to control every nook and cranny of state government. His power extends into areas that used to be independent of the governor’s control, such as the boards of regents at the University of Texas and Texas A&M. The governor’s office isn’t just a power center; it is the power center. Every high-level appointee answers to Perry. Every agency head answers to Perry. He is able to dominate the Legislature in ways no governor before him did (and no Legislature was so eager to be dominated as the Eighty-second was). Perry’s will to power has reshaped the traditional leadership roles. Before he came along, it was acknowledged that the lieutenant governor was the state’s most powerful official, but David Dewhurst seems resigned to live in Perry’s shadow.

This situation is not entirely of Perry’s making. The cultural change that paved the way for the governor’s office to become  the power center of state government was the arrival of two prominent politicians  in the nineties who had large personal followings. These were, of course, Ann Richards and George W. Bush, our first modern celebrity governors. She played the role of an ambassador for Texas; he had his sights set on the White House. The presence of high-profile politicians in the governor’s office provided a degree of cachet that had not previously existed in Texas’s state government. When Bush left the Governor’s Mansion to become president in 2000, Perry inherited an office that had enjoyed high visibility and considerably more power in terms of shaping the actions of the legislators.

The new media. By this I do not mean so much the rise of new media outlets that cover the Legislature, such as the Texas Tribune and the host of political blogs, though these have unquestionably changed the game. The most dramatic development has been in the new forms of media that are increasingly in the hands of the members themselves. It used to be that lawmakers depended on print and television to disseminate their messages. Today a major candidate can refuse to sit down with editorial boards and instead can rely on Face­book to speak directly to supporters. More and more members are becoming their own media outlets, like Aaron Peña, who tweets incessantly from the House floor, or Wayne Christian, who posts weekly “Legislative Updates” on YouTube. (For those of us who have covered the Capitol since before the VCR even existed, it is a source of great amusement to imagine what a member like Gib Lewis might have done with Twitter.)

But the rise of digital media not only empowers legislators but also terrorizes them. Until recently, they had more or less been able to keep the public out of their business. Those days are over. The public has stormed the citadel, and legislators must now contend with prying eyes, eavesdropping ears, and the dreaded “outside groups,” as Senate Finance chair Steve Ogden referred to them this session. These groups may not be established, but on the level playing field created by the Internet they can reach large numbers of voters. Legislators now operate with much more fear of these groups, and that fear has permeated the culture of the Capitol.

Among those who pretend to understand politics, there is a tendency to believe that what is will always be. If I have learned anything over the years, it’s that nothing could be further from the truth. Once upon a time it seemed as if the rural conservative Democrats would always run the state. Today they don’t even exist. No doubt the 101 members of the House Republican caucus think the way that the conservative Democrats once did: that their control is absolute and forever. But the future is out there; its personification in young Hispanic members like Rafael Anchia or Mike Villarreal or Veronica Gonzales (or Aaron Peña, more hopefully for the Republicans). The one constant is change, and all our puny efforts and our grandest schemes cannot stop it. 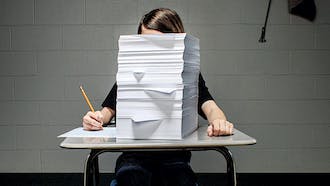 By Paul Burka and Nate Blakeslee 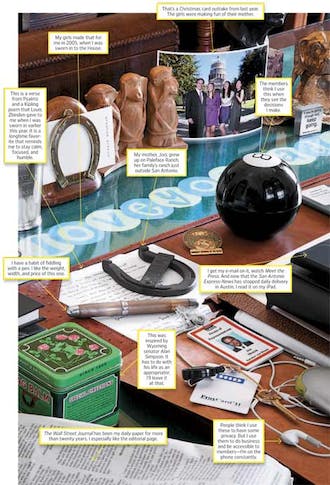