THIS PAST MARCH A NEW SIGN went up outside Burnet’s Texas Department of Criminal Justice (TDCJ) facility for female substance abusers. “Ellen Halbert S.A.F.P.F. Unit,” it read. Switchboard operators at the prison began greeting callers with “Ellen Halbert Unit.” The tributes were a way of thanking just-retired Texas Board of Criminal Justice member Halbert, who persuaded her colleagues to award the Hill Country town a prison in 1992. Unfortunately, the gestures were premature, as it has been discovered that the board never formally ratified the naming of the site. Prison officials are groaning to themselves, “Now what?” To not ratify the name would be a slap in the face to both Burnet and Halbert—yet to address the matter will be to revisit an inglorious past that is not so far behind the Texas prison system.

Along with 62 other towns, Burnet entered the so-called prison derby in January 1992, believing that a five-hundred–bed facility would bring jobs and economic stability. But TDCJ evaluators ranked Abilene as a superior locale for a host of logistical and economic reasons, and to make matters worse, according to one of the TDCJ evaluators, “There was by far more local opposition to a prison in Burnet than in any of the other towns bidding.” Enter Halbert, an Ann Richards appointee who lives 53 miles away from Burnet in Austin. Burnet civic leaders successfully wooed Halbert, who in turn lobbied her fellow Democrats on the prison board. Today Halbert recalls that “the research I did showed there was a need for a treatment center in the area.” But at a May 22, 1992, board meeting, she didn’t proffer her research, instead appealing for charity: “Of all this billion dollars that we’ve had to spend on new [prison] construction,” she said, “there is one region in the state that did not benefit in any way, and that’s Burnet. . . . We as a board should try to be fair.” When a vote was called for, Burnet prevailed over Abilene, five to four.

Two years later TDCJ staffers asked Burnet what it would like to call its new facility. The city council voted unanimously to name it after their friend in high places. When Halbert accepted the honor, it marked the first time that a prison regulator would oversee a facility designated to bear his or her name. Though the ethics of the much-admired Halbert have never been questioned, to some the episode represents yet another example of a prison official being applauded for ignoring the state’s best interests. “The job of a board member isn’t to advocate parochial views,” notes former TDCJ director Jim Lynaugh. “It’s to represent Texas as a whole.”

Meanwhile, the Burnet facility is performing well—though ironically, as an economic factor, “It has been kind of a wash so far,” admits city manager Johnny Sartain. Recently, TDCJ officials have ordered that the Halbert Unit sign be taken down and that the switchboard operators refer to the prison as “Burnet Unit.” Such treatment of their heroine dismays city leaders. But, pledges former mayor Billy Wilcox, “One thing they can’t take away is the street sign to the road leading up to the prison. It says ‘Ellen Halbert Drive,’ and the city put it up there, and no one’s gonna make us take it down.” 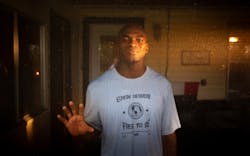 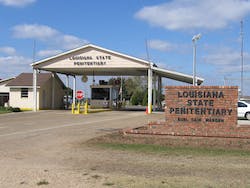