On Wednesday, state representative César Blanco, D-El Paso, the head of the Texas House Border Caucus, and state representative Mary Gonzalez, D-El Paso, vice-chair of the Mexican American Legislative Caucus, called on Governor Greg Abbott and Attorney General Ken Paxton to join other states in suing the federal government to prevent the U.S. Department of Commerce from inserting a question about citizenship into the census. Already at least a dozen states, led by California, have filed suit seeking an injunction to prevent the question from being asked. They argue that such a question will cause an undercount, meaning federal money tied to census numbers will diminish. Neither Abbott, who is out of the country, nor Paxton has publicly weighed in on the debate. We spoke with Steve Murdock, former head of the U.S. Census Bureau under President George W. Bush, who is now a professor of sociology at Rice University, to understand the controversy.

What is the controversy?

On Monday, U.S. Commerce Secretary Wilbur Ross announced that the U.S. Census Bureau, which is part of his department, will ask about people’s citizenship in its next decennial survey of the U.S. population. In a written statement, Ross said that his agency “determined that reinstatement of a citizenship question on the 2020 decennial census questionnaire is necessary to provide complete and accurate census block level data,” so federal officials can measure the portion of the population eligible to vote. In December, the U.S. Justice Department had asked to include the question to help it comply with the Voting Rights Act. Critics, including many census experts, warned that in the current political climate, such a question would result in fewer people responding to the census, a subsequent undercount of a jurisdiction’s population, and the loss of federal money tied to a community’s population.

How would this affect Texas?

Demographers and other experts say Texas could be one of the states most affected, given its large growth rate over the past ten years and the number of undocumented immigrants believed to be living here. The Pew Research Center, which does one of the most comprehensive analyses of immigrant trends, estimates that there are 1.65 million undocumented immigrants living in Texas, second only to California’s 2.35 million undocumented immigrants. In Texas, that would represent 6 percent of the population. A population loss of that magnitude could have significant financial repercussions on the state because, in several cases, federal funding is doled out based on the census numbers. Currently, Blanco said, Texas receives roughly $43 billion annually in federal funds tied to census-provided numbers.

Part of the census process involves what is called apportionment, which determines how many members of Congress each state gets, divvying up 435 members among all states. After the last census, Texas got four new members of Congress, more than any other state. Representative Blanco said that projections suggest Texas could get two more members of Congress after the next census. Any undercount might affect that number, so an accurate count of Texas not only assures the proper amount of federal aid, but, perhaps more importantly, it gives Texas political power in Washington that is proportional to its population.

What is the argument in favor of adding a citizenship question?

The key argument in favor of the question is that it could help federal officials, in particular the Justice Department, discern voting rights issues by giving officials a more clear understanding of who is eligible to vote. By having this knowledge, officials can begin to explore if there are any systemic impediments to those who are eligible to vote but do not.

What is the argument against adding the citizenship question?

The key argument is undercount. Critics of adding the citizenship question say that any person living in this country illegally should be able to fill out the census form if that person understands the benefit to the community. But if that person encounters a question asking citizenship status, he or she may choose not to answer the census form, fearing an honest answer could have negative consequences. Officials point out that the census is forbidden from sharing such data with other agencies, but people may not know or trust that such a provision is practiced. When asked if removing the question would lessen an undocumented person’s angst in filling out a form, Gonzalez said likely not. But given the current political climate, she said, such a question would feel like yet another example of federal officials targeting those in this country illegally.

What’s wrong with that, if they are here illegally?

This is one of the fundamental debates revolving around undocumented immigrants in this country. Are they a benefit to society, providing consumer demand and cheap labor to this country? Or are they a detriment, living off the country’s welfare system? Supporters argue that they both contribute to the economy and also help accurately represent the true size of a state like Texas, which is entitled to federal services based on a census count of “all” people, according to the U.S. Constitution—not just of all citizens.

So what are the constitutional issues being raised in the legal challenge to this question?

First, this thorny political question must be resolved quickly. As Murdock said, “We are very late in the process” to be adjusting the census questionnaire. And while opponents of the question say that since it impacts the state’s economy, ability to provide social services, and representation in Washington, it should not be a political but instead a public policy discussion, they seem to be battling it from a political perspective with the constitutional challenge. In a press conference on Wednesday, critics of the move said there is bipartisan opposition to it, but were hard-pressed to name a single Texas Republican opponent. This suggests that citizenship may well be a question in the 2020 census. 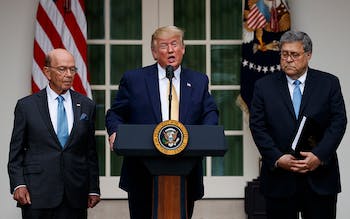 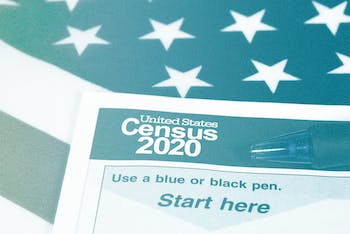 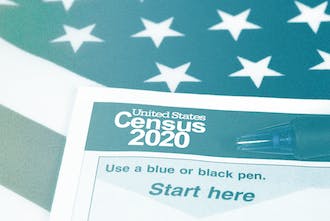 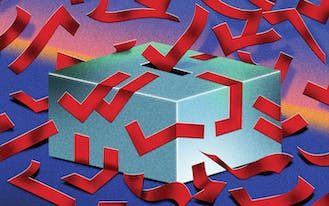