How’s that? Well, it was directed by Richardson native David Gordon Green, the art house auteur (All the Real Girls, George Washington) turned oddball mainstream comedy assembler (Pineapple Express, The Sitter). And the ad’s co-writer and creative director, Kevin Jones of the Portland advertising agency Wieden & Kennedy, is an MFA graduate of the University of Texas’s Michener Center for Writers, as are the two other writers credited, poet Matthew Dickman (famously the subject, with his twin brother, of a 2009 New Yorker profile, and also a New Yorker contributor) and novelist and screenwriter Smith Henderson (who is a recent PEN American Emerging Writers Award winner).

“One of the greatest pleasures of my job,” said Michener director James Magnuson, “is waiting around to see what wondrous things these ex-students of mine will do next.  These three guys are immensely talented, but I never expected to see their work at half-time in the Super Bowl.”

So apparently a Michener MFA and $3 will get you literary acclaim, a single-origin espresso, and the need to take on extra work in advertising.

Cynicism aside, the two-minute clip, which doesn’t even mention Chrysler or its products, has been celebrated more as art than commerce, though it clearly wasn’t cheap. As Richard Corliss of Time noted, “aside from the production budget, NBC was charging $3.5 million for a 30-second spot, and this one lasts two minutes, suggesting a $14 million tab.” (Compare that with Green’s breakout film, George Washington, which cost a reported $42,000.)

David Haglund at Slate, speaking for film snobs everywhere, wrote a post headlined “That Clint Eastwood Ad Was David Gordon Green’s Best Work in Years,” though, given that Green is also a director and producer on the brilliant HBO show Eastbound and Down, that’s a debatable assertion.

Similarly, Aaron Mesh of Portland’s Willamette Week, who is also a big fan of Green’s earlier, unfunnier work (that’s a Woody Allen joke, people, not an insult!) asked if people will eventually say that Wieden & Kennedy “saved the careers of Barack Obama and David Gordon Green.”

In true Hollywood fashion, the ad went through a convoluted writing process. Kevin Jones, the creative director, who graduated from Michener in 2009, hired Smith Henderson, a friend and former classmate. Then Wieden & Kennedy’s titular co-founder Dan Wieden hired Matthew Dickman to attempt a separate pass. (Dickman, who received his MFA from Michener in 2005, did not previously know Jones or Henderson.) Elements of both versions apparently are in the final ad, with all three writers getting credit.
As Time‘s Corliss wrote:

. . . the terse poetry shines through the rewrites, and twins handsomely with Green’s images of a team — the Giants or the little Americans — down at the halftime but determined to win. Green, Dickman and of course Clint created a minor miracle: a car commercial that is the new year’s most highly praised film. 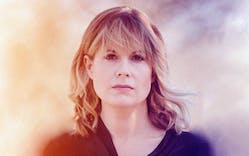 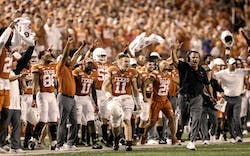