Perhaps it is fitting that the 2018 Republican and Democratic primaries occur on the anniversary of the fall of the Alamo, where Anglos and Hispanics who loved liberty died fighting against a tyrant. Honor their sacrifice by going to vote today. And then tonight watch for trends, wins, and potential upsets. Here are a few:

Is a “Blue Wave” of Democratic victories coming this fall?

After seeing the early vote returns from Texas’s most populated counties, many Democrats are ready to yell “Surf’s Up,” load up the Woody, and head into a beach blanket bingo of blue-wave victories in the general elections. But even though the Democratic early vote turnout in the most populous counties slightly exceeded that of the 2016 presidential primary, it was just a little more than half of the turnout in the 2008 presidential primary, and party nominee Barack Obama still only got 44 percent of the vote in that year’s general election. Although Republican turnout is lower than 2016, it is up over 2014 and only trailed the Democratic turnout by about 45,000 ballots, an edge easily erased when the rural vote comes in. The total turnout today will give a better picture of whether a blue wave is coming this fall.

Will Texas send its first Hispanic woman to Congress?

The chances of electoral history are significant this year: Texas could be sending its first Hispanic woman to Congress. El Paso County judge Veronica Escobar is in a brutal primary contest to replace U.S. representative Beto O’Rourke, who passed on running for reelection to challenge Republican U.S. senator Ted Cruz. In Houston, state senator Sylvia Garcia is the front-runner to replace retiring congressman Gene Green, but she is facing a surprise primary contest with millionaire health care CEO Tahir Javed, a Pakistani American. Former Air Force intelligence officer Gina Ortiz Jones, a Filipino American, is a leading candidate in the Democratic race to challenge Republican congressman Will Hurd in a district that stretches from Bexar County to El Paso. Ortiz Jones faces three other Hispanics in the primary, including Judy Canales of Eagle Pass, who has the backing of the Bexar County Tejano Democrats. If Escobar and Garcia win their party nominations, they are almost shoo-ins for office. Ortiz Jones, if she wins her nomination, still would face a formidable general election fight with Hurd.

Abbott put his personal power and prestige on the line by coming out against the reelection of three Texas House incumbent Republicans. Abbott not only endorsed their opponents, he ran television commercials against them. Conventional wisdom suggests that Abbott will fail to upset either Sarah Davis of Houston or Lyle Larson of San Antonio, while Wayne Faircloth of Galveston probably would have lost without Abbott’s nudge to voters. Whether or not Abbott succeeds, the result will be increased hard feelings with Texas House members and a realization that there is nothing to fear from the governor if an incumbent is popular in their own district. That dynamic might change if there is an upset for either Davis or Larson. At the moment, though, Abbott looks like he will come out of the election as the toothless tiger of the GOP.

Will Houston businessman Andrew White and former Dallas County Sheriff Lupe Valdez go to a runoff? Should anyone care?

There’s a nine-candidate field for the Democratic nomination to challenge Abbott’s reelection, with the presumed front-runners to be White and Valdez, with some possibility that Valdez will win outright. However, if a blue wave is coming, with their underfunded campaigns against Abbott’s millions of dollars in the bank, White and Valdez look like swimmers out beyond the surf, treading water where the great white sharks live.

Patrick upset the public education community by promoting private school vouchers, by failing to take up an overhaul of school finance, and by advocating an end to the payroll deductions that many educators use to pay association dues. Sure, Patrick offered a kiss-and-make-up proposal for a teacher pay raise — but that was too little, too late. Education groups organized a massive educator voter turnout campaign to send Patrick a message. However, anecdotal evidence suggests that there was a huge educator turnout in the Democratic primary. To send Patrick a message, the vote needed to occur in the Republican primary. We’ll measure the educators’ success by what percentage of the Republican primary vote is received by Patrick opponent Scott Milder, the candidate with the education community’s backing.

Democratic congressman Joaquin Castro of San Antonio is a member of the financially influential Democratic Congressional Campaign Committee. His brother, former U.S. housing secretary Julian Castro, is exploring a run for president. But in this primary, they are supporting former assistant U.S. attorney Jay Hulings in that Democratic primary field with Gina Ortiz Jones for the nomination to challenge Will Hurd, and in Dallas they are backing former pro football player Colin Allred in a crowded field of Democrats seeking to challenge Republican congressman Pete Sessions. An Allred loss in Dallas would not be that bad for the Castro brothers, but what will it say if they can’t pull Hulings across the finish line in their own hometown? The Castro brothers passed on running for statewide office much to the consternation of the Democratic faithful, and if they don’t bring their candidates home, how does Julian convince national Democrats that he is a player who can win the White House?

Is the millionaire-financed Empower Texans facing another losing season?

It’s not so much that Empower Texans promotes a far right tea party agenda of faith-based social engineering and anti-government policies as it is that the organization run by Michael Quinn Sullivan engages in deceitful political tactics. Since 2009, Empower Texans comes back each election like the kind of rash that keeps dermatologists in business.

The group is funded almost entirely by West Texas oil millionaires Tim Dunn and Dan and Farris Wilks. In an effort to affect the outcome of next year’s House election to replace retiring speaker Joe Straus, Empower Texans is backing the challengers to sixteen business-oriented House members. At present, it looks like their preferred candidate will win only two of the challenges. If Dallas Republican incumbent representative Jason Villalba loses his primary, it likely will be as much a result of self-inflicted political wounds as anything done by his opposition. The outcome of the speaker’s race more likely will be determined by whether Democrats win six to twelve seats in the general election in the Dallas–Fort Worth area.

Republican land commissioner George P. Bush had done little to appeal to the Republican tea party base and angered conservatives with his plans to “reimagine” the Alamo plaza, plus the Bush family name just does not carry the weight it once did. Now, he is trying to escape facing a runoff with former land commissioner Jerry Patterson. Incumbency and campaign spending are his best hopes of coming out of the election as a still-viable politician. However, the buffoonish Republican agriculture commissioner Sid Miller, a former rodeo rider who once made a controversial trip to Oklahoma to get a “Jesus Shot” to ease chronic pain, has the support of the tea party and looks like he is headed to an easy primary victory.

Please, feel free to use the comments to point out other races and make predictions. 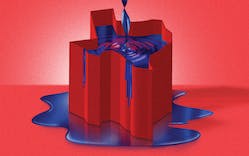 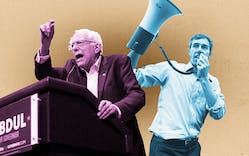 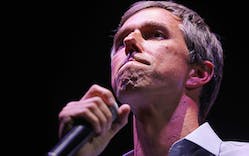