The fact that Hillary Clinton isn’t officially running for president in 2016 has done little to curb speculation about what will happen if she does. Democrats are excited about the prospect in part because some very early polling suggests that she would do pretty well—that she might, in fact, have a chance at winning the big red state of Texas.

Unlikely, maybe, but not impossible, and if any Democrat could pull it off, he or she would pretty much have the presidency locked up. Democrats are starting to argue that Clinton could be that candidate, because she is so well-regarded around the nation, in addition to the usual reason: the changes in Texas demographics portend a change in Texas politics.

Today brought a new development. Steve Munisteri, the chairman of the Republican Party of Texas, told Scott Conroy at Real Clear Politics that Republicans are taking the suggestion seriously:

In an interview with RCP, Munisteri said that he has long taken seriously the possibility that Texas could become a battleground as early as 2016, particularly if Clinton becomes the Democratic standard-bearer.

“If she’s the nominee, I would say that this is a ‘lean Republican’ state but not a ‘solid Republican’ state,” he said. “I don’t know anyone nationally who’s scoffing at this. The national party leadership is aware and tells me they’re taking it seriously.”

The basic counterargument is Rome can’t built in a day. Democrats haven’t held statewide office in Texas since the 1990s, and Mitt Romney won Texas by 16 points in the last election.

There is, however, reason to think that Clinton would fare better in Texas than Barack Obama has done, even setting aside any political and demographic changes from the past few years. In 2008, Clinton beat Obama in the Texas Democratic primay; like her husband, Bill Clinton, she registers as the sort of centrist, pragmatic Democrat that have been most likely to find favor in modern Texas. (Bill Clinton lost the state in both 1992 and 1996, but by margins that now look surprisingly narrow—about 3 percent in 1992, and about 5 percent in 1996. The former is particularly striking because he was running against two Texans, George H.W. Bush and Ross Perot.)

Note, too, that it wouldn’t be unprecedented for Texas to change its stripes at the top of the ticket before the statewide balance of power shifts. This happened several times in the 20th century, perhaps most notably in 1952 and 1956, when Texas—which was then a one-party Democratic state, and would remain so for several decades longer—went for Dwight Eisenhower, twice. The explanation there was that Texan identity trumped partisan affiliation. Eisenhower had promised the governor, Allan Shivers, that if he was president he would let Texas maintain sovereignty over its oil-rich tidelands. The Democrat, Adlai Stevenson, made no such promise. (For more on the story, see this 2008 speech from Land Commissioner Jerry Patterson.)

The modern-day equivalent of the tidelands would be for Hillary Clinton to capitalize on the pro-Texan sentiment among Texans by putting a Texan on the ticket. That’s what JFK did in 1960, by picking Lyndon Johnson as his running mate. To be sure, it might be hard to find a Texas Democrat with enough experience to serve as a viable running-mate: San Antonio mayor Julián Castro, maybe, or his twin brother Joaquin, or one of the other Democrats in Texas’s congressional delegation. The voters of Texas would be happy with any of the above—some ardent Texans would be charmed enough if the running-mate was a breakfast taco or  a horse, come to that—and if it put 38 electoral votes in striking distance, national Democrats would be happy too. 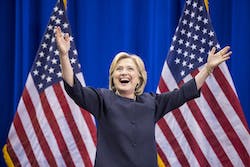 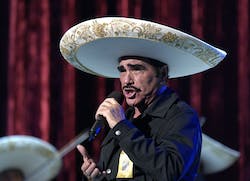 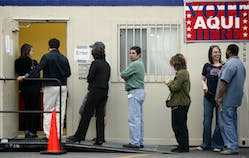 Here’s How Early Voting Has Gone In Texas So Far 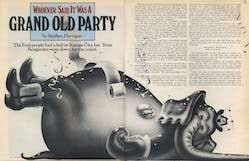