Texas Senate District 25
One of the biggest surprises of the night was that incumbent state senator Jeff Wentworth will face off against the Tea Party-backed emergency room doctor Donna Campbell in the July runoff election, and not against former Railroad Commissioner Elizabeth Ames Jones. Wentworth won 35.8 percent of the vote to Campbell’s 33.7 percent, and Ames Jones trailed behind with 30.5 percent, despite her name recognition and sizable war chest.

Perhaps voters were put off by the particularly fiery rhetoric between Wentworth and Jones. Less than two weeks before the primary, Wentworth sued Jones for libel and slander over a radio ad that claimed Wentworth billed both the state and his campaign for travel expenses, the Texas Tribune‘s Reeve Hamilton reported. Jones quickly filed a counterclaim that argued her campaign’s statements on Wentworth were true and that his lawsuit was “frivolous and politically-inspired.”

The race had been an interesting one for months: in February, Jones resigned as chair of the Railroad Commission after unsuccessfully trying “to bend physics and the Texas Constitution by claiming she lives in two places at once,” the Texas Observer‘s Forrest Wilder reported at the time. (Her Railroad Commission post required her to live in Austin, but to run for state Senate District 25 she’d need to have lived in San Antonio for a full year.) Before it was clear which candidate he would face in the runoff, Wentworth was already looking towards July: “How do we get people to turn out in July? I guess we pick them up in air conditioned vans and give them free iced tea. … I’ve never had an election in July,” Wentworth told the Austin American-Statesman‘s Mike Ward late Tuesday.

Redistricting had thrown Christian out of his comfort zone, redrawing the lines of House District 9 such that eighty percent of those in the district were new voters to Christian, the Longview News-Journal‘s Hannah DeClerk pointed out. And TEXAS MONTHLY‘s Paul Burka noted Tuesday morning that “the Texas Medical Association and Texas Association of Realtors PACs went all-out to defeat [Christian].”

Things between the two candidates had become so heated that the Texas Tribune dubbed the race “a full-fledged border brawl.” The Texas Tribune‘s Julián Aguilar sat down with both candidates in early May. O’Rourke claimed that “Reyes’ old-school ways and cronyism enabled the corruption that has swept through the border city,” Aguilar wrote. “He’s absolutely tied to corruption,” O’Rourke said. Reyes, for his part, has said “it would be unfortunate to send someone to Washington who would embarrass El Paso.” When the returns were almost complete Tuesday evening, the 39-year-old candidate’s staffers had “hoisted him into the air and then doused him with Champagne while chanting, ‘Beto! Beto! Beto!'” A few minutes later, Beto addressed the crowd of assembled supporters rather increduously: “Can you all just confirm for me that this is really happening?” O’Rourke asked, according to Roberts. “I want to thank all of you for making this possible.”

Reyes, who had won the endorsements of presidents Barack Obama and Bill Clinton, did not take the high road when speaking with the media about his defeat, and instead accused O’Rourke “deliberately ran a nasty, dirty campaign.” (But just last week, the Reyes’s campaign put out a TV ad called “Character Counts” that brings up Beto’s DWI, purports to contain video of the young candidate being spanked, and said O’Rourke wanted to cut the number of American with Disabilities Act housing. The El Paso Times‘ Chris Roberts fact checked those and other accusations contained in the ad and found many of them to be misleading or false.) Politico‘s Alex Isenstadt noted that with his loss, Reyes became the lone congressional incumbent in Texas to get bumped from his seat. O’Rourke will square off in the general election against Republican Barbara Carrasco.

U.S. House District 35
New maps drawn by the Republican-controlled Legislature appeared to target nine-term Democratic incumbent Lloyd Doggett by extending his Travis County-based district into Bexar County, a move that pitted him against two Hispanic challengers. But Doggett beat out Sylvia Romo and Maria Luisa Alvarado, receiving 73 percent of the vote. In his victory speech, he called out Governor Rick Perry, saying “Of course we’re here to say to Governor Perry that we can pick our own member of Congress!” He seems convinced Republicans are out for his blood, continuing, “There’s no doubt that Republicans that have been so eager to get rid of me won’t stop now. …I don’t know what district they’ll draw next.”

Railroad Commissioner
Christi Craddick, daughter of former Speaker of the House Tom Craddick and an oil and gas attorney from Austin, and Warren Chisum, a Republican state representative from Pampa, beat out four other candidates to qualify for a runoff in July. The two high-profile candidates are running for the seat formerly held by Elizabeth Ames Jones, who lost a heated battle to Jeff Wentworth for SD-25. The winner of the contest for Railroad Commissioner will likely end up serving a six-year term in the three-member agency that regulates the oil and gas industry.

Texas House District 15
Rob Eissler, R-The Woodlands, received a major blow Tuesday night when he lost his bid for reelection, 44 percent to 56 percent. Many are questioning his campaign strategy, as he had more than $650,000 on hand, according to his latest campaign finance reports. As Public Education Committee chair, Eissler played a major role in the last two legislative sessions, even earning a Best Legislator crown from TEXAS MONTHLY in 2009, which wrote at the time, “Eissler’s reform of the state’s public school accountability system will have a significant impact on the lives of countless families.”

Texas House District 6
Leo Berman was hobbled by illness, which hindered his ability to effectively campaign. As a result, he lost his reelection bid to Matt Schaefer, a local attorney, 58 percent to 42 percent. Berman, who was named a Worst Legislator by TEXAS MONTHLY in 2011, found himself in the national spotlight in 2010 after he introduced a bill that would require any person who runs for president or vice president of the United States must file a birth certificate with the Texas Secretary of State. CNN’s Anderson Cooper ripped apart the legislator’s logic during a segment, causing a mini-firestorm online.

Harris County District Attorney
Voters delivered a crushing blow to incumbent Harris County District Attorney Pat Lykos, with 63 percent of voters opting to support her opponent in the Republican primary, longtime prosecutor Mike Anderson. “The verdict is in,” Lykos said in her concession speech. “Of course I’m disappointed. … But I want the voters of Harris County to know that we transformed that office. All my energy went in to that office, not the campaign.” Anderson will face Democratic attorney Lloyd Wayne Oliver in the general election in November. 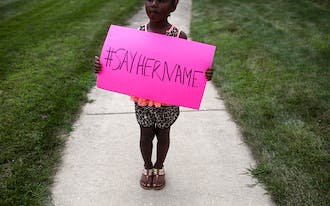 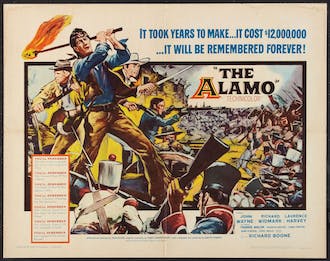 Business Versus the Bible

Abbott’s U.T. Nominees, Patrick’s Prayers, and the U.N. Out of the Alamo