Less than two years after the U.S. Supreme Court’s landmark decision in United States v. Windsor—which gutted the Defense of Marriage Act, the 1996 law that defined marriage as the union between one man and one woman—legislatures and judiciaries in state after state have overturned bans on same-sex marriage. Gays and lesbians can now marry in 36 states and Washington, D.C. Texas remains one of the last holdouts. But that could change, if the Fifth Circuit Court of Appeals finds the state’s marriage ban unconstitutional, an outcome that looked surprisingly likely after the court heard oral arguments in the case this morning.

Before today’s hearing, the prevailing wisdom was that the Fifth Circuit—one of the nation’s most conservative courts—would uphold the ban. But that notion quickly came undone after the panel’s swing vote, Reagan appointee Patrick Higginbotham, appeared openly skeptical of such laws. Texas solicitor general Jonathan Mitchell, who argued that the ban was in the best interests of the state—and his counterparts in Louisiana and Mississippi, whose same-sex marriage cases were also heard today—came under fierce questioning from Higginbotham and Obama appointee James Graves.

In examining whether or not the ban was constitutional, the three judges— Higginbotham, Graves, and Reagan appointee Jerry Smith, a staunch social conservative—had to evaluate whether or not there was a “rational basis” for the state to deny gay couples the right to marry. For most laws, the rational basis is obvious enough; a law that prohibits people from driving over 35 miles per hour in a residential neighborhood, for example, serves the public good by keeping its citizens safe. But in order to explain the rational basis for Texas’ same-sex marriage ban, the solicitor general had to get creative.

Mitchell made his case by doubling down on the “responsible procreation” argument, which reasons that states have a vested interest in encouraging heterosexual citizens to marry so their kids will be raised in a stable environment, rather than out of wedlock. According to this logic, the state need not allow gays and lesbians to marry, since their sexual activity cannot produce children. “Same-sex marriage does nothing to advance the state’s interests,” said Mitchell.

This line of reasoning has failed in other federal circuit courts because it doesn’t hold up to scrutiny. (Texas does not bar infertile couples and the elderly from marrying, for instance, nor has it ever argued that their unions fail to serve the public good.) But Higginbotham, who looked perturbed as Mitchell spoke, raised a different concern—one of cause and effect. The silver-haired judge leaned forward from the dais. “Are you saying that if you allow same-sex marriage…that will increase the number of children born out of wedlock?” he interrupted.

“That’s not our contention at all,” said Mitchell. He then laid out a rather utilitarian vision. “What we’re saying is that marriage is a subsidy,” he said, referring to the hundreds of legal and financial benefits that wedded couples enjoy. “The state is entitled to reserve that subsidy for relationships that are more likely to advance the state’s interest in reducing unplanned, out-of-wedlock births, and withholding that subsidy from marriages that will do nothing to advance the state’s interests—“

“Marriage is a subsidy?” interjected Graves. “And there is no right to marry? It’s just a subsidy?”

As Mitchell made his argument, the four Texans who had brought the suit, De Leon v. Perry, sat poker-faced in the gallery. Cleopatra de Leon and Nicole Dimetman, two Austin women who have a toddler and are expecting a baby in March, clasped hands beside Mark Phariss and Victor Holmes, two Dallas men who have been in a committed relationship for seventeen years. Holmes, a retired Air Force major, was in full military dress. Dimetman, who is seven months pregnant, showed no reaction as Mitchell continually failed to acknowledge that gays and lesbians also produce and adopt children.

In an unexpected twist, the solicitor general cast them as hopeless romantics. “The plaintiffs,” Mitchell continued, “view the institution of marriage as existing only to celebrate the mutual love and commitment of two people. The state’s marriage laws reflect a different view. The celebration of love is important, but it’s secondary to the interests in generating positive benefits for society [by] encouraging new offspring and reducing out-of-wedlock births that put a strain on the state.”

When he advocated a “wait-and-see” approach so that the “democratic process” could decide whether same-sex marriage would be beneficial for Texas, Graves pointedly asked how long that would take. “What’s the magic number?” said Graves. “Twenty [years]? Five?” The solicitor general hedged on that question, saying it was still unclear how the “social experiment” of same-sex marriage would play out, and contending that it was “too early for Texas to join the fray.”

“At what point does [your argument] fade into animus?” Higgenbotham pressed. “To what extent is this fear or concern born of a hostility to homosexuality? I think that dances very close.”

“These laws are not born of animus because they’re rooted in scientific fact,” Mitchell said, after a spirited back and forth. “They’re rooted in the biological reality that same-sex unions cannot produce offspring.”

“We respectfully suggest that’s an unfair caricature of the supporters of traditional marriage laws,” said Mitchell. “And it’s been all too common for animus to become used as a label for impugning the motives or defaming the character of those who may disagree with a certain view that’s fashionable.”

When the solicitor general’s time was up, the plaintiffs’ attorney, Neel Lane, rose and walked to the podium. A partner in the San Antonio office of Akin, Gump, Lane had already won the case’s biggest victory last year in San Antonio, when a lower court judge found that Texas’ ban was unconstitutional. It was that decision that the state appealed to the Fifth Circuit. “The laws of Texas have created a caste system,” Lane said this morning, addressing the judges. “My clients are denied those rights, privileges, and ultimately wealth enjoyed with other citizens with whom they work, live, and worship side-by-side.” Under mostly friendly questioning from the panel, he made repeated references to the landmark 1967 civil rights decision, Loving v. Virginia, which overturned laws prohibiting interracial marriage.

Then he turned his fire to the solicitor general. “What you heard from this lectern is an incredibly narrow, blinkered view of marriage that would be unrecognizable really to anyone who’s experienced it, witnessed it, or aspires to it,” Lane said. “Really, it’s quite amazing, because one of the consistent accusations has been that we are attempting to redefine marriage. And I have never heard as radical a redefinition of marriage as I heard at this lectern from the State of Texas.”

Finally, he posed the most thought-provoking question of the hour. “If marriage is good for children, then why isn’t marriage good for same-sex couples with children?” he asked. “The reality is this law depriving same-sex couples of the right to marry is not intended to modify or guide the behavior of opposite-sex couples at all. Everyone knows that this law is really about the moral disapproval of homosexuals. But since the Supreme Court has explicitly rejected that as a rationale that can support the law, counsel for the state has to attempt to come up here and attempt to redefine it with a somewhat, I would suggest, half-baked justification that narrows what marriage is and convince you that this is what the people of Texas believe marriage is.” Before he finished, he added, “The law’s real effect is not just to harm gays and lesbians, but also the children they are raising.”

After the hearing, a large crowd of same-sex marriage supporters—some of whom had waited as long as four hours in frigid temperatures for a seat inside—stood shivering outside the majestic, white marble courthouse. Some held placards that read, “Love Will Win.” They will now have to wait as long as a few weeks, or a few months, for the court to rule. If the Supreme Court announces that it will be reviewing the issue of same-sex marriage this term, as it is widely expected to do, the Fifth Circuit’s deliberations could be tabled in the meantime. 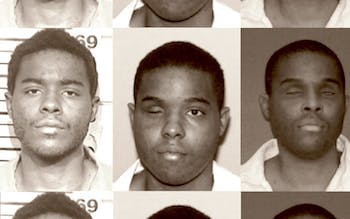 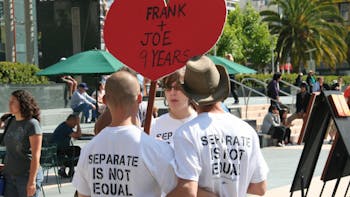 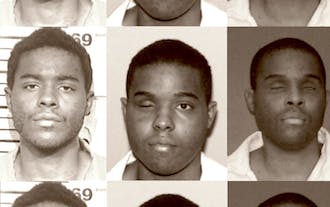 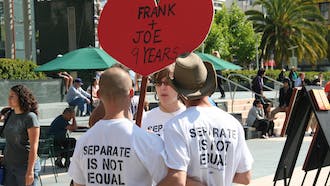 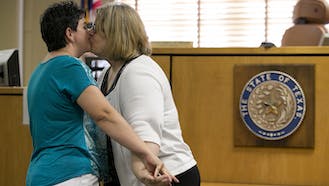 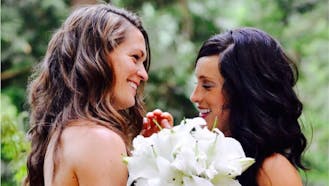